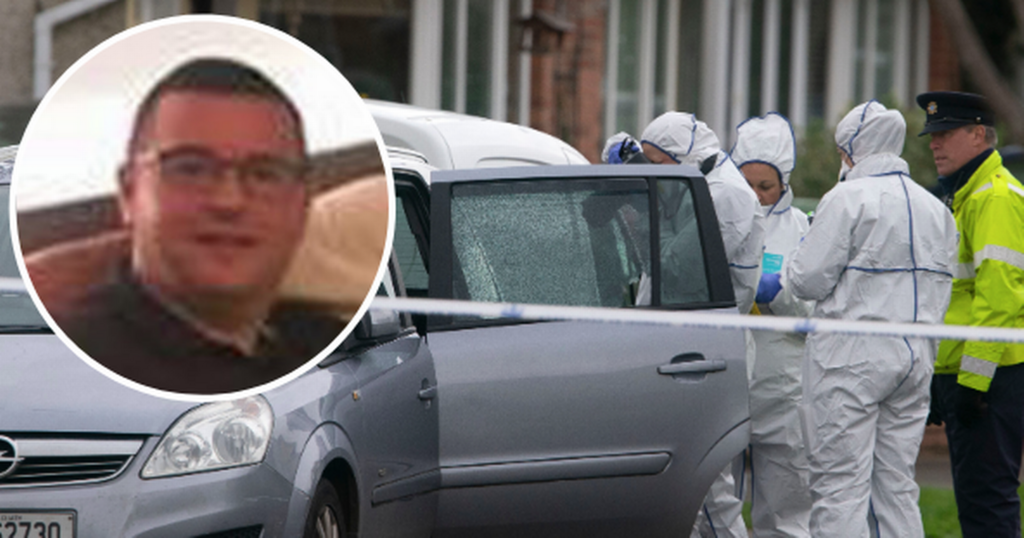 A major drugs trafficker shot dead as part of the bitter Drogheda feud died from a gunshot wound to his stomach, an inquest has heard.

Richie Carberry, 39, who was classed as one of the main players in the feud at war with associates of paralysed mob boss Owen Maguire, was gunned down outside his Co Meath home in November 2019.

Detectives believed he had been directing the operations of two criminal brothers from Drogheda.

The brother-in-law of slain serial killer Robbie Lawlor - who himself was gunned down in Belfast in April 2020 - was getting out of his car on the Castlemartin Drive estate in Bettystown at 11.40pm on November 4, 2019.

Lawlor is the chief suspect in the gruesome murder of teen Keane Mulready-Woods, 17, who was abducted, murdered and dismembered in Drogheda in January 2020.

It is understood the gunman had been waiting for Carberry, who was originally from Coolock, Dublin, and was classed as one of the main players in the Drogheda feud.

A van believed to be used as a getaway vehicle was found on fire on Eastham Road less than 1km away. Three cars parked in the estate were struck by bullets during the gun attack.

Carberry had been officially warned by gardai that his life was under grave threat and he previously survived a murder attempt at his home on the night of March 5, 2019.

At the inquest into his death, Louth County Coroner Ronan Maguire explained to the family of Richie Carberry that he could only hear brief medical evidence as he had been requested by gardai to adjourn the inquerst as a criminal investigation is ongoing.

Richie’s father Peter told the inquest, which was formally opened at Drogheda Coroner's Court on Friday, that he was home in bed on the night of November 4, 2019 when he was told that his son Richie had been shot, LMFM radio has reported.

He went to the emergency department at Our Lady of Lourdes Hospital in Drogheda where the medical staff were still working on his son, but he was then told there was nothing more they could do.

A garda outlined how he was on duty in the Laytown patrol car, when he was alerted to a shooting in Castlemartin Drive in Bettystown, where he came across Richard Carberry, who was bleeding.

He was unable to speak and a number of people were attempting to render medical assistance to him.

A garda drove the ambulance from the scene to the hospital, while a nurse and two paramedics continued to treat the 39-year-old, who suffered a cardiac arrest en route to the emergency department.

A post-mortem was subsequently performed by Assistant State Pathologist Dr Margaret Bolster, who found the cause of death was haemorrhaging and shock due to a gunshot wound to the abdomen.

Adjourning the inquest, Coroner Maguire extended his heartfelt sympathy to the family.

Richie’s murder was the second in the feud which has already claimed four lives, including that of Keane Mulready-Woods.