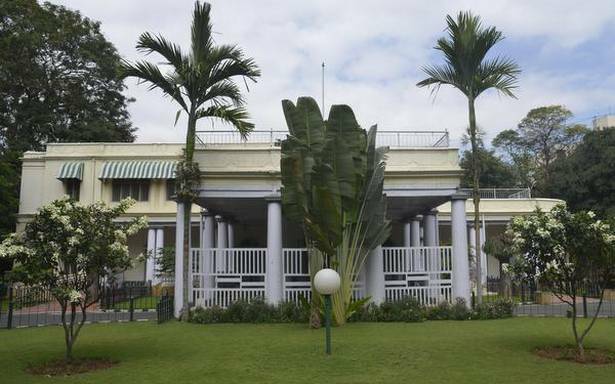 The High Court of Karnataka directed the State government to maintain status quo on the nature of use of Balabrooie guest house, not to hand over the guest house to any organisation, and not to fell or trim trees in and around the guest house premises without prior permission of the court.

The court also directed the Bruhat Bangalore Mahanagara Palike (BBMP) to conduct a census of trees in the premises and the surrounding land, including the Chief Secretary’s official residence, National Gallery of Modern Art, and the seven bungalows of ministers, and submit a report to the court in three weeks.

A division bench comprising acting Chief Justice Satish Chandra Sharma and Sachin Shankar Magadum passed the interim order on October 7 on an interlocutory application filed by Dattatraya T. Devare in a PIL filed by himself and the Bangalore Environmental Trust in 2018 on non-implementation of the Karnataka Preservation of Trees Act, 1976.

Though the applicant had sought an interim direction to the government and its agencies only from taking any action which may result in felling or transplanting any trees in the Balabrooie campus without seeking prior leave of the court, the Bench expanded the scope of the plea while noticing that land adjoining the guest house and adjoining land have huge lung space.

Newspaper reports, relied on by the applicants, prima facie establishes that there is a move to set up a club in the guest house built in 1850, the bench noted while directing the applicant to implead the Archaeological Survey of India (ASI) as a party to the proceedings as the guest house is a 150-year-old structure.

Also, the bench directed the Horticulture Department to ensure that trees and plants in the guest house premises are properly taken care of and submit a report about green cover of the area to the court.

The bench took up the hearing on the application on a request by advocate Pradeep Nayak about the need to hear the matter on an urgent basis as it was pointed out in the application that several of the over 100-year-old trees have a root system spread over 40 feet, and are likely to be affected by the proposed move of the Karnataka Government to set up a recreational club for legislators.

“These heritage trees act as lungs to the traffic around the heart of the city of Bengaluru and are, by themselves, large ecosystems. It has been noted by various eminent environmentalists in Bengaluru that these trees harbour over 50 rare bird species, and include ecologically important species like Banyan, Mohua and Cycas, and most of them are over 100 years old,” it has been stated in the application.

Additional Advocate General Dhyan Chinnappa informed the bench that the Chief Secretary had instructed him that there is no plan to cut trees in the guest house while pointing out that there is no concrete plan or decision on using the premises to set up a club.