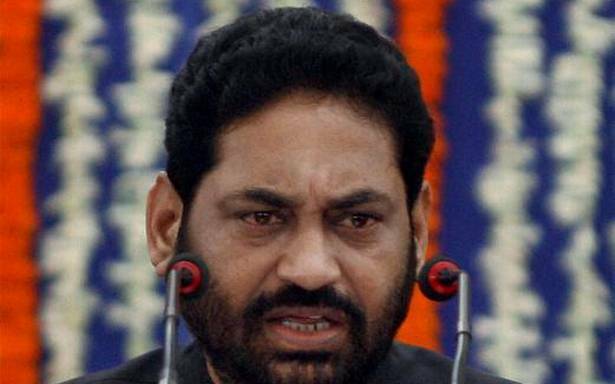 The energy department was with the BJP when it was ruling the state between 2014 and 2019 in alliance with the Shiv Sena.

Mr. Raut said the State government was also considering further division of MSEDCL into four companies to turn it into a profitable entity, a model successfully implemented by neighbouring Gujarat, incidentally a BJP-ruled state.

Speaking to reporters after making a presentation to the State Cabinet on outstanding dues, customer base and measures being taken to fix leakages, Mr. Raut said the outstanding amount in 2014-15 was ₹23,224 crore, which steadily increased due to the inefficiency of the then state government to reach 71,243 crore in March 31 this year and 73,879 crore as on July.

He said recovery of dues was challenging post floods and cyclone in the State, while the cross-subsidy factor was already high at ₹12,762 and can't be increased further.

"The loan on Maharashtra State Electricity Distribution Company Limited is ₹45,440 crore. It is worrisome. A consultancy firm has been hired to fix the loopholes as the state utility is the second largest in Asia. Their report will be tabled before the cabinet," he said.