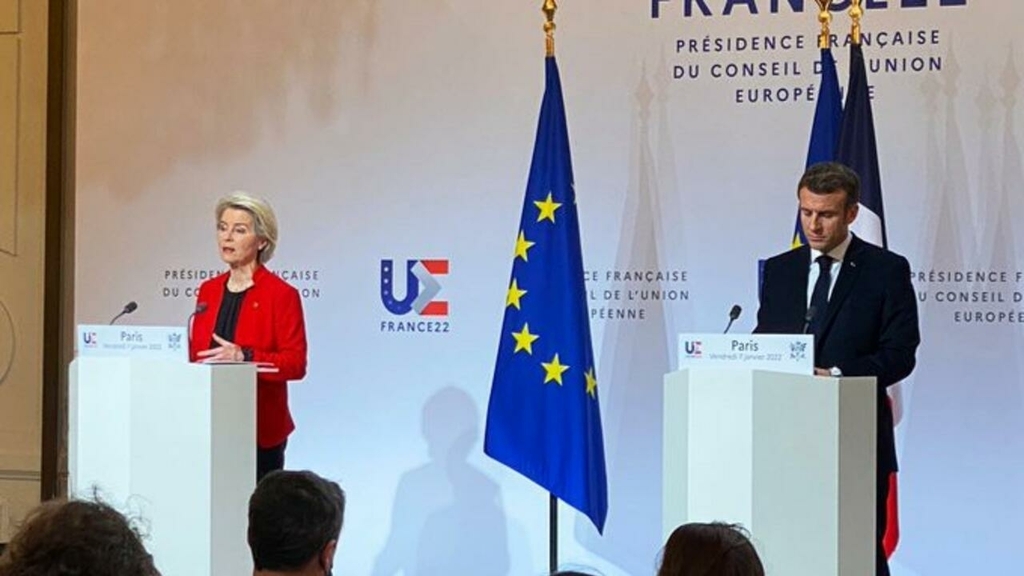 Speaking ahead of crucial security talks between the United States and Russia – due to get underway next week – Von der Leyen underlined: "One thing is clear: no solution without Europe. Whatever the solution, Europe has to be involved."

Speaking alongside Von der Leyen, French President Emmanuel Macron stressed that US-Russia talks were a positive development, but said they would not affect "Europe's security architecture" which was "up to us to build."

He did add, however, that: "It's a good thing that there are discussions between the United States and Russia."

🇫🇷 @JY_LeDrian mentioning today’s ministerial meeting at @NATO, ahead of a dense diplomatic sequence with 🇷🇺 : accept dialogue for risks reduction but not 🇷🇺´s proposals as « the » basis for discussions. We as Allies will have our own messages. Europeans have a key role to play. https://t.co/CHnVaT74Ai

The EU Commission president also reiterated that the European Union was "very present" in Ukraine, with financial aid totalling €6 billion, as well as highly dependent on its position as a transit hub for gas imports from Russia.

With tens of thousands of Russian troops massed on Ukraine's border, the Biden administration has agreed to begin talks in Geneva from Monday with Moscow, which has proposed agreements to limit NATO's expansion.

Le Drian draws line in the sand with Moscow

Jean-Yves Le Drian told BFM TV on Friday: "Vladimir Putin wants to bypass the European Union ... he wants to put dents in the EU cohesion, which is solidifying.

"You can't envisage EU security without the Europeans."

Le Drian added that any further military incursion into Ukraine by Russia would bring "serious strategic consequences", with one option being a review of the Nord Stream 2 gas pipeline under the Baltic Sea.

He said that despite Putin's assurances that he was beginning to withdraw troops from the region, Paris had yet to see that happen.

French President Emmanuel Macron has said he is planning to hold discussions with Putin soon but he gave no details as to when the talks might take place.