By Exclusive by Janelle Miles 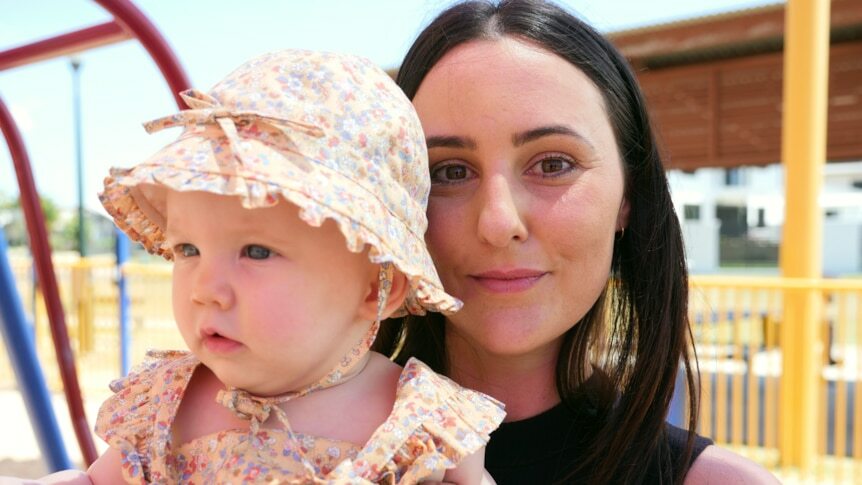 An independent review has been ordered into the Mackay Base Hospital obstetrics department after complaints from women about complications following caesareans at the facility and suggestions of patient harm.

Ms Crosby, a former patient of disgraced Bundaberg Hospital surgeon Jayant Patel, said she had spoken to Ms Davies Jones after being contacted by a group of women about their treatment at the hospital raising issues of patient harm.

An email obtained by the ABC reveals Ms Davies Jones will seek an expert reviewer through the Royal Australian and New Zealand College of Obstetricians and Gynaecologists, her preference being someone from interstate to assure stakeholders of independence.

Janita McVeigh required emergency surgery to repair her bladder after she delivered her daughter Harpa at 34 weeks gestation via a caesarean on February 26 at Mackay Base Hospital.

Ms McVeigh said she "cried for five hours" in severe pain after the caesarean.

"By the sixth hour, I just lost it and said: 'Something is really wrong'," Ms McVeigh said.

A CT scan revealed she was "filling up with urine" and just seven hours after giving birth, she had to be taken back to the operating theatre to fix her bladder.

Ms McVeigh said the obstetrician who delivered her baby told her the bladder had been punctured by a catheter and was torn as a result of previous caesareans.

But she said another doctor later informed her the bladder had been cut in half "with a scalpel".

"She told me 'I feel you have a right to know what's gone on. You had a clean cut'," Ms McVeigh said.

While a bladder injury is a risk with caesarean surgery, it is commonly identified and repaired immediately.

A senior Brisbane obstetrician, who was not involved in the Mackay Base Hospital cases, said the more caesareans a woman had, the greater her chances of damage to her bladder.

"With each subsequent caesarean, the risk of scar tissue and damage to other organs increases because the anatomy is distorted," he said.

But Ms McVeigh said another health worker told her "what has happened to you is quite major and should never have happened", providing her with forms to officially complain.

She wrote to the Australian Health Practitioner Regulation Agency, the Queensland Health Ombudsman and the hospital.

The hospital replied, dismissing her concerns as a communications issue.

"We apologise and regret that you feel let down and frustrated by the service you have received on this occasion and we appreciate you taking the time to provide us with your feedback," the letter said.

"How we communicate with our patients is very important to us and your feedback around the interactions you have had with our team members has been addressed.

"They are very sorry if their communication to you and your partner has been unclear or misleading."

Lee Angus, who lives at Mirani, about 37 kilometres west of Mackay, also complained in writing to the Mackay Base Hospital after her son Cruz was delivered there during an emergency caesarean on May 9.

Ms Angus, who had a prolapsed umbilical cord, ended up with a thick, 20cm scar extending "from hip to hip".

She said she had complained to the hospital, but had received no reply, after she was left with a gaping hole following the removal of staples used to close the caesarean wound.

"Parts of the incision hadn't been touched by the staples. It just sprung open," Ms Angus said.

"It took about a month and a half to get it even nearly closed and now I have a big, thick scar.

"It's affecting the function of my bowels and my bladder. It's like having a rubber band around my hip. I would just hate for this to keep happening to people."

Ms Angus said every midwife she dealt with had encouraged her to make a complaint to the hospital.

The 36-year-old, who also has a daughter, 17, and another son, 5, said she had since been told she had "too much scarring and too many adhesions" for her to have any more children.

The Mackay Hospital and Health Service last night confirmed it had commissioned an external independent review into its maternity services to "ensure we are delivering high quality patient care … that is efficient, effective and sustainable".

Ms Davies Jones said in a statement the service was unable to comment on individual staffing matters "due to privacy considerations".

"Patient safety is of utmost priority and we are constantly working to improve the patient experience," she said.

"If anyone has concerns with the care they receive in any of our facilities, they are encouraged to contact the health service directly and provide formal feedback so their concerns can be investigated and addressed."

Health Minister Yvette D'Ath told Parliament she was seeking a briefing from the Mackay Hospital and Health Service over the issues involving maternity services.

"I have only been advised of it in the last 24 hours," she said.

"I am seeking information from the HHS [Hospital and Health Service] as to why that is the case and I'm happy to provide further information as I get a proper briefing from that hospital."

Opposition Health spokesperson Ros Bates said the investigation comes after another inquiry was launched into "botched surgeries" at Caboolture Hospital, and Labor was "losing control of the health system".

"Two major hospitals are now at the centre of shocking allegations which are now under review," she said.

"As a nurse and former hospital administrator I know that patient care must be the top priority."

The Royal Australian and New Zealand College of Obstetricians and Gynaecologists declined to comment.