Lynch: The USGA has a sponsor for the U.S. Women’s Open. Will a men’s major be auctioned off next? 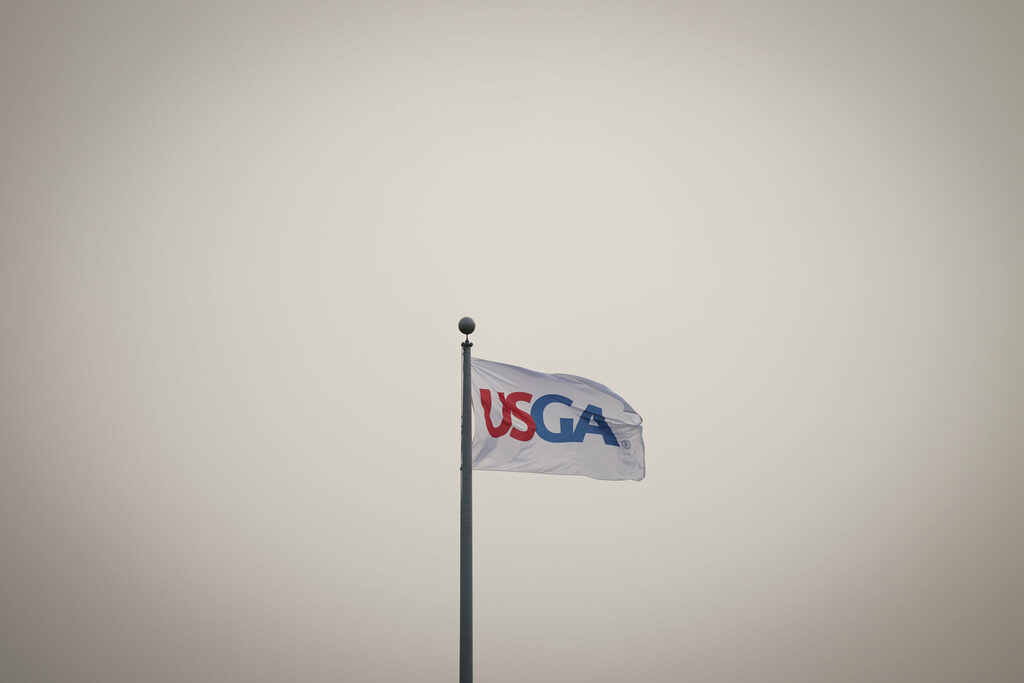 There is much to welcome in the announcement that the purse for this year’s U.S. Women’s Open will increase to $10 million, not least that it’s a rare example of riches being promised professional golfers from sources other than a murderous regime. After years of golf’s great and good proving themselves content to sign expressions of noble sentiment about investing in the women’s game, they are finally signing checks.

The U.S. Women’s Open prize fund is almost doubling from $5.5 million, with a commitment to further raise it to $12 million within five years. The R&A has said the purse for the 2022 AIG Women’s Open will be at least $6.8 million, more than twice what it was just four years ago. And Chevron will boost prize money by 60% when it debuts in April as title sponsor of the LPGA Tour’s first major, still fondly known as the Dinah Shore, though it’s had more name changes than Zsa Zsa Gabor (Google her, kids).

But Friday’s blockbuster reveal by the USGA’s CEO, Mike Whan, has implications beyond the bank account of the last-standing lady who leaves Pine Needles with $1.8 million in June. Not least for Whan’s organization itself.

Culturally, the USGA has been defined by puritanism since the first wave of Executive Committee members descended from the Mayflower to declare Plymouth Rock a movable obstruction. That streak is most evidently manifested around matters of money.

The governing body conducted its first national championship in 1895 and runs 17 of them today. There are Amateurs and Opens for women, for seniors, and for everyone (contrary to popular perception, there is no men’s U.S. Open or U.S. Amateur; the events have no gender restrictions). Of the 1,000-odd tournaments staged by the USGA, none has ever had a commercial sponsor. The organization has partners—American Express, Cisco, Lexus, among others—but no corporation has ever purchased obvious proximity to a national championship.

Until Friday, when ProMedica was unveiled as the “presenting sponsor” of the U.S. Women’s Open and the source of the enormous cash infusion.

Presenting sponsors feature after the name of the tournament they’re financing, while title sponsors elbow their way in before it. ProMedica’s more subtle positioning still represents a seismic shift for the USGA. On Friday’s “Golf Today” show on Golf Channel, where I occasionally warm a seat, I asked Whan if there was institutional hesitancy about the overt commercialism being introduced. He admitted not just to hesitancy but also nervousness.

On the job just six months, Whan is nothing if not practical, a fact proven repeatedly in his decade as commissioner of the LPGA Tour. He understands better than anyone the commercial realities of women’s golf, and that making rent often means hocking the family jewels. The elevation of the Women’s Open—in prize money and quality of host venues—is necessary, defensible, and perhaps even overdue, no matter if it offends antediluvian sentiments among USGA stalwarts.

Every other major in women’s professional golf has a title sponsor, and the USGA’s move will not only sustain momentum toward bigger purses but increase pressure on other events to keep pace. But is it optimistic to assume this shift is limited to the silo of women’s golf?

“Once you sell one championship, it sets a price and a precedent,” an industry executive told me. “It’s definitely possible that the men’s majors will go that way, but it’s not necessary now. All the women’s events lose money so sponsorship helps them lose less and raise the purse. The men’s make tons of cash that funds all the other stuff the organizations do. They could choose to do less other stuff and raise the purse for a while before they need to sell the name.”

The keywords in that statement are “not necessary now,” because there is ample evidence of a quickening revenue arms race in professional golf that will not leave the majors unaffected.

That’s more than either the Masters or Open Championship paid in 2021, equal to what the PGA Championship offered, and just an executive’s base salary shy of the U.S. Open’s total. It’s fanciful to think the majors will not in turn come under pressure—internal and external—to increase prize money too.

There are limited ways to do that, of course. Even for the USGA, which is sitting on cash reserves sufficient to float a small island nation until payday. One assumes many corporations would leap at an opportunity to couple with a major championship if, or when, the opportunity arises. Not in the understated way we are accustomed to now—a perfunctory nod of thanks for their loyal partnership—but in a more explicit, titular manner.

As welcome as the USGA’s move is, we may find this rising tide lifts as many yachts as dinghies.