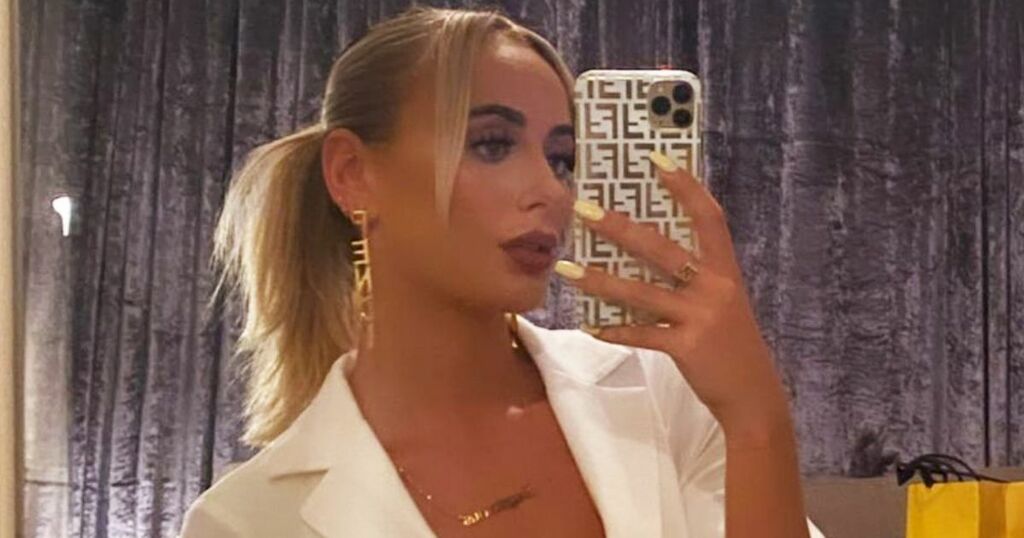 Love Island series seven winner Millie Court took to her Instagram stories to show off her new designer buys before a date night with her boyfriend and fellow winner Liam Reardon.

Millie shared a snap on her stories which showed two yellow Fendi bags sitting pride of place in the back of her car.

The star, who worked as a buying assistant for Asos before finding fame, then went to share another story which featured a selfie of her wearing some dangly earrings which spelled Fendi, which usually retail for around £350, and she also mentioned that one of the bags were from her new 'family'.

Millie also tagged her new management in the snaps, with her now joining the books of Creative Agency alongside fellow Love Island alumni Olivia Attwood, TOWIE's Lucy Mecklenburgh and Harry and Sandra Redknapp.

After her designer shopping spree, Millie and her beau Liam enjoyed a romantic date night which was featured on both of their stories.

The pair looked as loved up as ever as they tucked into a meal at celeb haunt Sheesh in Chigwell.

During the evening Millie informed her army of followers that she has been absent from her social media because she has been enjoying time with her man.

She said: "Guys I'm so bad at taking photos for the gram at the moment, getting caught up having fun with my man. I promise to get better soon!"

Liam and Millie have been spending a lot of time together since exiting the Love Island villa as this year's winners.

They have taken to their social media pages over the last few weeks to document nights out together as well as chilling on the sofa together.

The couple also sat together in the Love Island reunion where they had to participate in an awkward conversation with Lillie Haynes.

Despite being back on track now, Liam and Millie had a rocky road whilst they were in the villa.

The winning pair had been going from strength to strength until the temptations of Casa Amor proved too much for Liam.

The Welshman had his head turned by blonde bombshell Lillie, and enjoyed secret snogs with the Geordie lass before heading back to be with Millie in the main villa.

Explosive scenes followed when Lillie was brought back to say her goodbyes where she revealed she had formed a connection with Liam.

After spending a few nights to herself, Millie eventually forgave Liam with the pair going on to win the £50k prize.