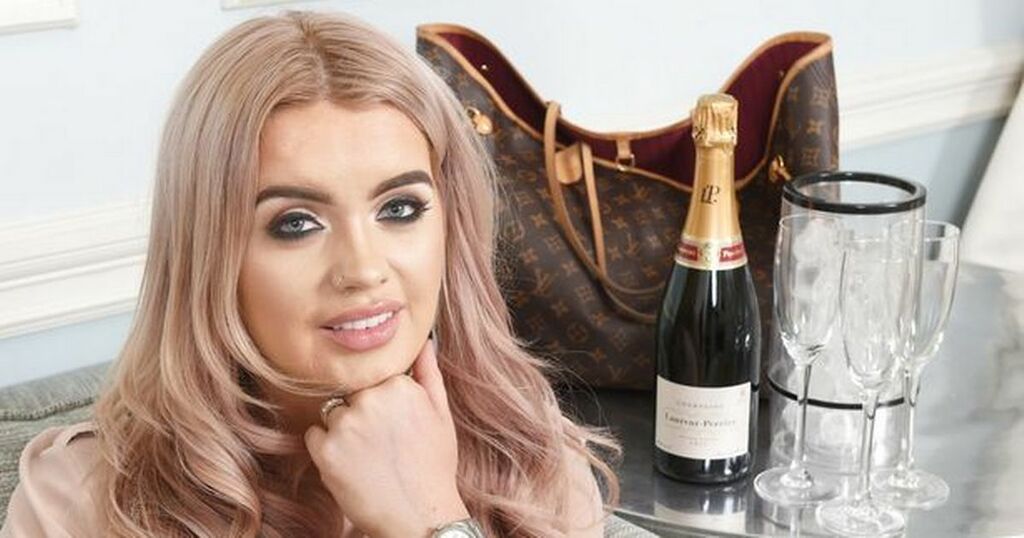 At some point in our lives every single one of us has imagined what we would do if we won the lottery.

And while for many of us this dream won't come true, for others it turned from a dream into a reality.

Not only does this mean that their bank account will have a pretty sum in it, it also means they will become richer than Ed Sheeran whose net worth totals £160m - and the legendary Sir Tom Jones said to hold a £165m fortune.

According to the Mirror, around six thousand people in the UK have become millionaires thanks to the lottery with many living their best life.

However others have ended up wishing they'd never bought a ticket in the first place.

As reported by the Mirror, here are just some of their stories.

Michael Carroll was still wearing an electronic tag and working as a binman when he claimed a £9.7million winning ticket in 2002, aged just 19.

But his struggles with addiction saw him squander his fortune on booze, brothers, sex parties and expensive cars, leaving him bankrupt by 2013.

But he is now reportedly living a quiet life and told The Sun: "The dealer who introduced me to crack has more of my Lotto money than I do. But I don't regret any of it."

Callie Rogers became the youngest ever lottery winner when she scooped an incredible £1.8million in 2003.

She later told ITV's This Morning that she battled depression during the pressure of winning and tried to take her own life.

Now in her 30s, she said much happier with her life as a working mum-of-three.

She added: "Not knowing who liked me for me, and having all the stress of all the money, I just wanted to go back to having a normal life. I still struggle with trust issues."

Hospital porter John McGuinness won £10million back in 1997 and gifted millions to his family as well as hundreds of thousands to his ex-wife whilst indulging in his passion for fast cars.

However he ended up jobless and penniless thanks to his lifelong passion for Livingston FC. He is said to have invested €4.6million into the club which then went into administration.

Because John had used his riches as a guarantee against the club's loans, he was liable for all the debt.

Jane Park won an incredible £1 million jackpot on the EuroMillions aged just 17 whilst working an £8 per hour job.

However after winning she later threatened to sue claiming it had ruined her life.

Speaking to the Sunday People, she said: “I have material things but apart from that my life is empty. What is my purpose in life?”

"I thought it would make [my life] ten times better but it’s made it ten times worse. I wish I had no money most days. I say to myself, ‘My life would be so much easier if I hadn’t won.’"

It's previously been feared that the jackpot curse could be real after couple Colin and Christine Weir scooped the then biggest ever lottery win of £161 million back in 2011.

However the pair split in 2019 after 38 years of marriage.

By the time Mr Weir died aged 71, in December of that year, the father of two had managed to get through half of his share in just eight years.

He had shared it widely among family and friends, including generous donations to his beloved Partick Thistle FC, charities, a political party, trust funds for the common good and property investments.

The pair from Bolton, Greater Manchester, were jailed after they went on a four-day bender after scooping the prize.

Suspicious Camelot officials refused to pay out after Goodram revealed he didn't have a bank account for the cash to be paid into.

The pair denied fraud but then pleaded guilty and were sentenced to 18-months at Bolton Crown Court in December.

He was jailed for nine years for fleecing Camelot in Britain's biggest lottery fraud.

The rapist bricklayer conspired with Camelot insider Giles Knibbs who had access to vital information about unclaimed tickets.

While on leave from prison, he claimed an unclaimed £2.5million ticket that had been bought in Worcestershire in March 2009.

Despite Camelot's concerns over the validity of the ticket, they shelled out however his secret win was exposed after he claimed he was living in poverty to carry out a cynical benefits fraud.

Iorworth Hoare won £7.2 million on the National Lottery back in 2004 whilst in prison after being convicted of attempted rape.

He bought the ticket at an Asda in Middlesbroughwhile on weekend leave from Leyhill open prison - a year before he was freed.

He has spent 30 years in jail since 1973 for one rape, three attempted rapes and two indecent assaults.

His victim successfully campaigned for the law to be changed so she could sue Hoare for damages.

If you need to speak to someone, Samaritans are available 24/7 by calling 116 123 or by emailing jo@samaritans.org