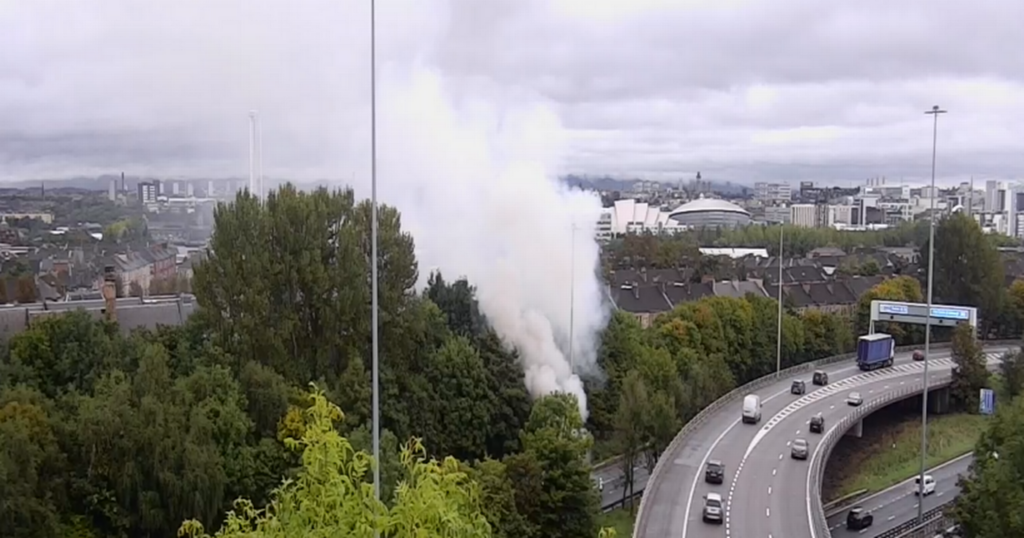 A person has been rushed to hospital after a lorry went on fire on the M8.

Emergency services were called to the eastbound carriageway between junctions 22 and 21 after the vehicle went up in flames at around 12.39pm this afternoon.

A picture from the scene shows thick white smoke billowing out above the busy road.

The fire has forced the busy road to partially shut as mercy crews race to the scene. All lanes have since been re-opened.

Drivers are being urged to use an alternative route, with traffic reportedly heavy in the area.

A Scottish Fire and Rescue Service spokesperson said: “We were alerted at 12.39pm on Thursday, October 7 to reports of a lorry on fire at the M8 eastbound between junctions 22 and 21.

“One casualty was in the care of the Scottish Ambulance Service and crews are still in attendance.”

Traffic Scotland said: "A vehicle is on fire at lane one junction 22 at the beginning of the M74 southbound.

"Use an alternative route for now."

A Police Scotland spokesperson said: “Around 12.40pm on Thursday, 7 October, police were called to assist SFRS following a report of a lorry fire on the M8 eastbound near J23.

"Emergency services remain at the scene and traffic management is ongoing."