Lorraine slams Boris over lockdown party saying 'it's one rule for them, one for us' 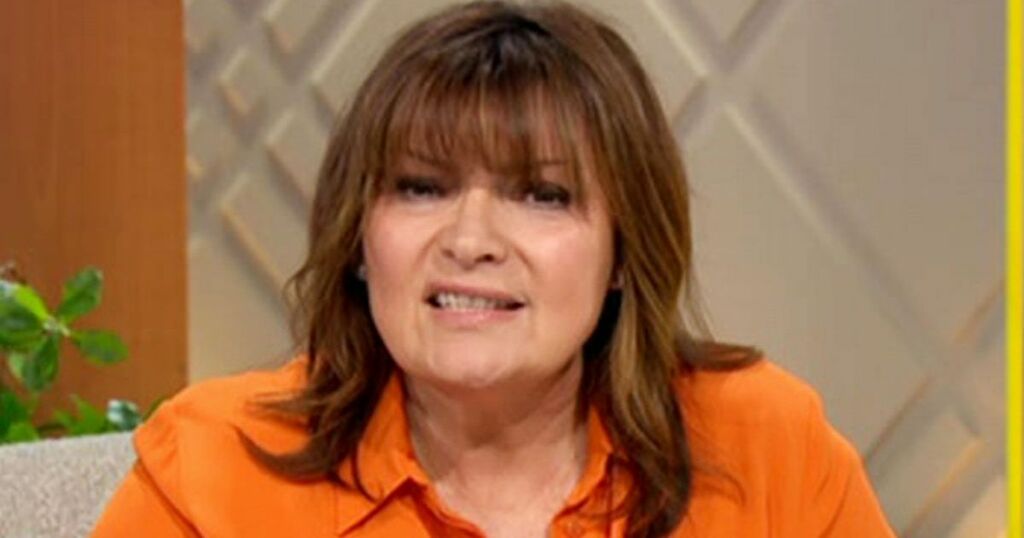 Lorraine Kelly has slammed Boris Johnson's response to a leaked email showing more than 100 Downing Street staff were invited to a party during the first lockdown.

Speaking with ITV News journalist Paul Brand, who broke details of the email, daytime TV presenter Lorraine fumed over the alleged party as she said the government response was "infuriating".

The leaked email has left people reeling after 100 people were invited to "make the most of the lovely weather and have some socially distanced drinks in the No 10 garden this evening".

"Please join us from 6pm and bring your own booze!" the email concluded.

At least 100 people were invited to the party, while the British public were being told they could only meet one person outside their household in a public place.

Mr Johnson laughed as he refused to comment on whether he attended the party during an interview yesterday, saying he could not comment as there was an ongoing internal investigation into the series of alleged lockdown breaches.

Lorraine Kelly this morning said: "It’s very interesting they are hiding behind this investigation. For goodness sake, you and I could do this investigation in half an hour. Did you send that email? Did you go to that party? Yes or no, that’s it.

"Why do we need to have an investigation that rumbles on and gives them an excuse to hide behind that. It’s infuriating."

Lorraine continued: "We’ve had all this all along. We had it with Dominic Cummings and his eyes and that nonsense. It seems to have never stopped.

"It’s actually really dangerous. If people think they’re not bothering, so why should I, you’re putting people’s lives at risk."

Lorraine asked ITV’s news editor Paul Brand whether he thinks Boris Johnson will "get away with it again".

He said: “There’s going to be huge pressure to give evidence to this internal enquiry if he hasn’t already. That will be the start of these questions.

“I think he’s going to have to get his tone right on this. He can’t afford to laugh this one off."

Mr Brand said the situation is "incredibly serious" for the Prime Minister, adding that he "can't see" what Mr Johnson is going to say to address the allegations.

He continued: “Boris Johnson so far has managed to keep things at arm’s length. This time the accusations are at his own doorstep.

“It’s much harder for him to brush this away. This is about whether Boris Johnson himself broke the rules.”

He concluded: “Where’s the trust? Can he really expect us to continue taking care around Omicron if he was showing a lack of care right at the start of the pandemic.”

Later in the programme, Lorraine went on to discuss the matter with ITV’s Dr Amir and said it was an example of “one rule for them and one rule for us”.