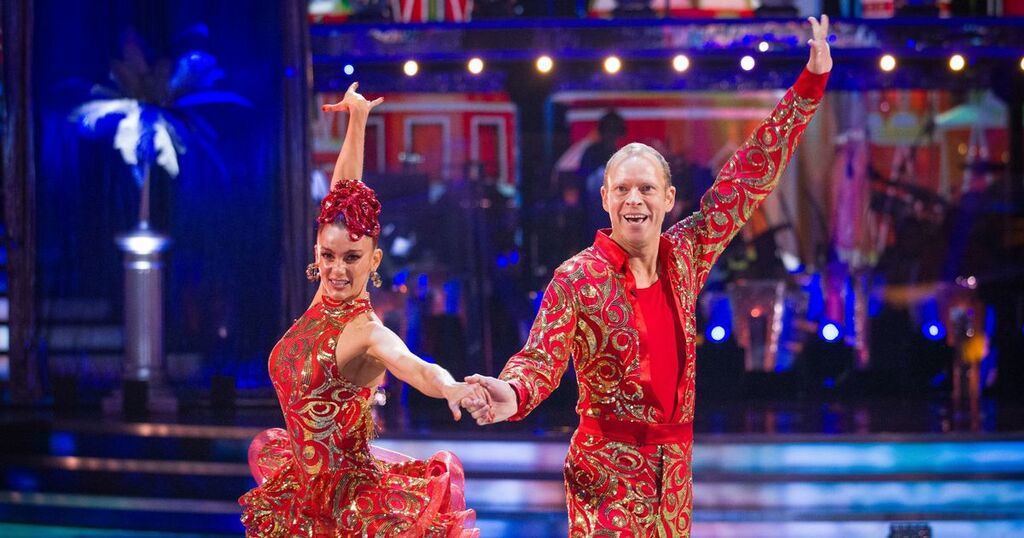 The star presenter told viewers: "It's such a shame, isn't it? Because he was doing really well and you could tell that he was really enjoying it. But he's been advised that he can't continue."

She spoke to GP Dr Amir Khan on her ITV show, Lorraine, this morning about the effect of open-heart surgery, the recovery from it, and how Mr Webb leaving impacts the show.

Yesterday, Mr Webb said in a statement: “Two years ago I had open-heart surgery and although I believed I was fit enough to take on Strictly and its demanding schedule, it became clear that I had bitten off way more than I could chew for this stage in my recovery.”

He added: “I had begun to feel symptoms that led me to seek an urgent consultation with my heart specialist, and it was her view that it would be better for the sake of my health to step back from the show.”

Lorraine agreed wholeheartedly with his decision, saying: “I think it's like training for the Olympics, I mean, it really is demanding isn't it? And he did say that he was exhausted, absolutely exhausted."

Mr Webb had spoken to Lorraine on the show only a week before explaining that he had decided to take part in spite of his heart condition.

Dr Amir Khan explained Mr Webb’s condition and the treatment that he will have undergone and how his recovery would have proceeded after open-heart surgery.

The GP told Lorraine that Mr Webb is “absolutely right” to leave the show after experiencing symptoms, adding: “you really have to stop for your own health. It’s the right thing to do”.

On the recovery from open-heart surgery, Dr Khan said: “Normally after a period of rehab, most people can resume normal activities and exercise levels, but Strictly puts on a whole new level of exercise and pressure on the heart and I imagine that's why he had to pull out.

“People after heart surgery generally can return to normal exercise as well. Often they're on medication like beta-blockers, which can slow down the rate of the heart and take the pressure off the heart, which means they can become more short of breath or tired after exercise.

“But, in general terms, exercise after heart surgery and heart procedures is good for your health, provided it for the advice of your cardiologist.”

Lorraine did raise the question of what would happen with Strictly on the weekend, with a contestant normally due to leave show.

“I don't know what the implications are for Strictly, whether there'll be someone going at the weekend, who knows? We don't know, we'll find out.”

She wished Mr Webb well, saying: “We really do wish him all the very best”.