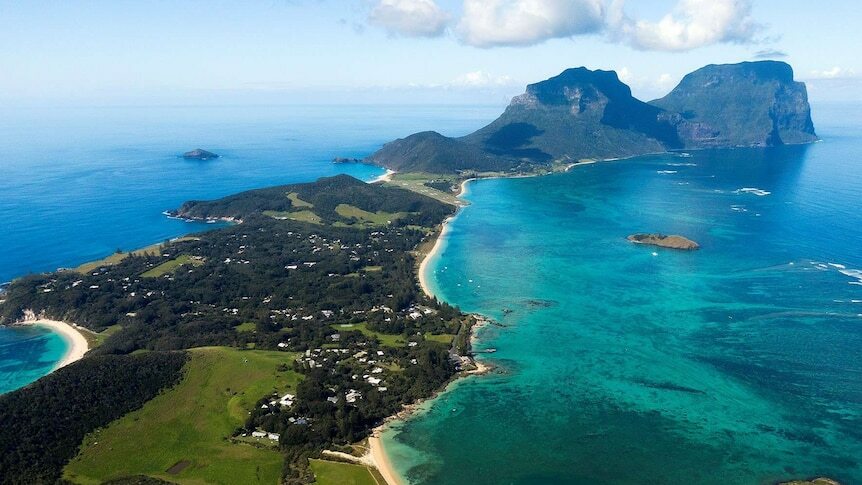 While NSW is chasing a 70 per cent double-dose vaccination target, Lord Howe Island off the coast of Port Macquarie has hit about 95 per cent.

The majority of the 400 residents who live on the island, which has not had a single case of COVID-19 since the pandemic began, have had two shots of the Pfizer vaccine.

The island is considered regional NSW and is currently in lockdown just like everyone else in the state.

Dr San Clarke said the decision was made to only send the Pfizer vaccine to the island because of the logistics of getting it there and appropriate for the greatest number of people, given there are pregnant woman on the island.

"People here were very enthusiastic about being vaccinated so we can move back towards normality because having guests here is our primary industry," she said.

"When we say 95 per cent vaccinated we mean 95 per cent of the eligible population, so initially that excluded under 16s.

"But as soon as the TGA approved the Pfizer vaccination for 12-15 year olds we went ahead and vaccinated our 12-15 years olds because they were off from school.

Dr Clarke said she believes they were the first general practice in the country to give Pfizer.

"I think we were one of the first, certainly to start vaccinating the 12-15 year olds. So again not to blow one's own trumpet but we're blowing our trumpet," she said.

Dr Clarke said there were a few people that live on the island, through generations, that were unwilling to get the vaccine at this stage.

Twenty-seven per cent of the island's population is over 75.

"So our most vulnerable population are fully vaccinated, which is a great result. They are the ones who have come forth and rolled up their sleeves," Dr Clarke said.

There were certainly people who would not have had the AstraZeneca vaccine, she said.

Two shipments of the Pfizer vaccine was planned well before the lockdown in June, with the first doses given on July 12 and the last shot on August 30.

"We set a certain number and had to fight for enough for our population and as it was, at the end of the day, we had to turn a couple of people away unfortunately," she said.

"There were some people who were visiting from the mainland that we would perhaps otherwise be able to help but have had to wait until they get home and back to the waiting list on the mainland."

Overall, only three doses of the vaccine had to be discarded which was a tremendous effort and meant grouping everybody in lots of six she said.

"We could never have just five people vaccinated on a day [due to the vaccine's packaging]. Our reception staff worked tirelessly calling in people saying 'there's one dose left, can you please come in early? I know your appointment's tomorrow'.

"They were shuffling people round to make sure that everyone had the opportunity.

Trina Shepherd the executive officer for Lord Howe Island Tourism, said the high level of vaccination is reassurance for the community.

"We only have very limited hospital facilities and we can't actually treat any COVID-positive patients on the island," she said.

Ms Shepherd said there was such a backlog of people trying to come and visit that some of the accommodation is fully booked until the second half of next year.

"Unfortunately the people that have missed out in this month, some of them can't actually rebook for another 12-18 months in some of the places they want to stay. That's the hard part about it all.

"There are a few gaps here and there for the lucky ones … but the majority of the island is booked for the 12 months.

"We're just such a unique, natural utopia, which is exactly what people are looking for particularly after this whole period of COVID.

"It is a very much sought-after holiday destination at the moment."