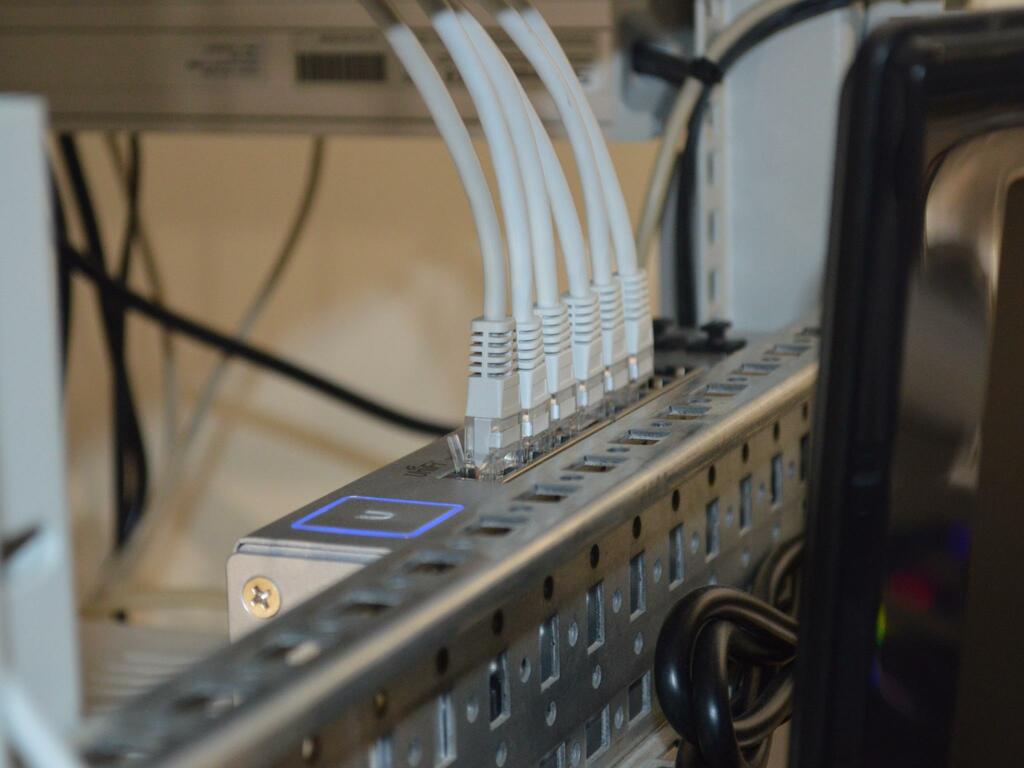 Livemint
Internet access is no longer a luxury, so everyone’s got to get connected

The Senate is taking up a bill that would tax companies like Google and Amazon to support low-income Internet access.

Rural telecom providers, corporate jets, even the Department of Defense retain gear made by Huawei and other banned companies

Bloomberg
Editorial: Austin’s wrongheaded guaranteed income experiment
The best of intentions aren’t enough to turn a bad policy into a good one.

Tribune News Service
Get all your news in one place
Latest Business news:

Looking for free broadband in Southern California? Here's how to find it

The federal government launched the Affordable Connectivity Program at the end of last year to provide $30-per-month subsidies for households with incomes at no more than twice the federal poverty level. But that subsidy was less than the amount many internet service providers charged for a high-speed connection fast enough to support a whole family of active users.

On Monday, the White House revealed that 20 broadband providers across the country, including five of the largest cable TV and telephone companies, had agreed to provide "sufficiently high-speed" connections at no more than $30 a month to qualifying homes. Eight of those serve communities in Southern California: AT&T, Comcast, Cox, Frontier, Mediacom, Spectrum, Starry and Verizon.

As part of the agreement, the White House said, Spectrum — which serves much of L.A. County — doubled the bandwidth of its $30-per-month offering from 50 to 100 megabits per second for qualified households. And Verizon cut the price of its 200 Mbps wired offering from $40 to $30 per month.

Many other California internet providers participate in the Affordable Connectivity Program, including some such as TruConnect that provide mobile broadband service. The only ones highlighted by the White House were the ones providing connections with 100 Mbps downloads at no cost to eligible households.

Eliminating the cost of a broadband connection removes just one of the barriers to wider internet adoption, however. Sunne Wright McPeak, head of the California Emerging Technology Fund, said other hurdles include the need for a smart device and the know-how required to use it.

The biggest problem, though, may be that most of the people eligible for subsidies aren't aware of or interested in them. For example, nearly half of households in Los Angeles County have incomes low enough to qualify for the federal subsidy, McPeak said, but less than a quarter of that group has signed up. And it could be difficult to reach the remainder; they're not likely to see a broadband provider's online advertisements touting the subsidies, for example.

The White House said Monday that it is trying to raise the program's profile by having federal safety net agencies tell participants about it, and by working with public interest groups' outreach efforts. The California Legislature is also considering a bill (AB 2751) that would require broadband providers doing business with the state to offer and advertise affordable internet connections for lower-income households.

Here's how to tell whether you qualify for the subsidies and which broadband providers offer them.

Am I eligible, and how do I apply?

The income cutoff is 200% of the federal poverty level, which is higher for larger households. For a single individual, the threshold is $27,180 per year. For a family of four, it's $55,500.

But there's an easier way to check your eligibility: You qualify for the program if anyone in your household is enrolled in at least one of 10 types of safety net programs, including food stamps, Medicaid, Supplemental Security Income, Pell grants and federal public housing subsidies. Recipients of selected tribal benefit programs also qualify, and subsidies on tribal lands are higher: $75 a month.

To see whether you qualify or to submit an application, you can visit the White House's "Get Internet" web page, which can walk you through the process. A mail-in application is available on the Get Internet site as well; it can also be found at the Affordable Connectivity Program's how-to-apply page. All those resources, though, require internet access and a computer, tablet or smartphone.

If you have questions about how to apply but don't have internet access, you can call the program's help center toll-free: (877) 384-2575.

Once your application is approved, the subsidies will flow directly to the participating broadband provider of your choice. To find one in your area, check the program's list, which you can search by ZIP Code or city. The list includes more than 90 participating providers near Los Angeles, although many of those are companies reselling service on one of the major wireless networks.

If you already have internet access, your broadband provider may have its own application process for the subsidies. You should start by checking with your ISP.

What services are available?

The subsidies will pay for either a fixed line to your home or a mobile broadband connection to your smartphone. You'll probably get more bandwidth from a fixed connection — wireless providers typically apply much lower caps on how much data you can use per month.

The federal program also includes a $100 discount on low-cost laptops and tablets, but not many broadband providers offer the device subsidies. The lone exception among the state's biggest cable TV and phone companies is Cox, which serves Santa Barbara and much of Orange and San Diego counties.

There is one additional $10-a-month federal subsidy, called Lifeline, that companies in most states can combine with the Affordable Connectivity Program to fund services for eligible low-income households. Meanwhile, California has its own Lifeline subsidy that adds about $15.50 to the federal Lifeline aid.

But Matt Johnson, co-chief executive of TruConnect, said California is the only state that won't let wireless companies bundle Lifeline and Affordable Connectivity Program money into one enhanced offering for customers. Cable TV and wireline phone companies can do that, he said — a point that the California Public Utilities Commission disputes — but for wireless customers, it's one or the other. As a result, he said, TruConnect can't offer as much bandwidth to qualifying households in California as it does in other states.

Terrie D. Prosper, a spokesperson for the CPUC, said in an email that wireless and wired broadband providers currently receive the same subsidy amount, and none of them combine Lifeline and Affordable Connectivity Program subsidies. The commission is reviewing a staff proposal to change that policy, she said.

How many people still need broadband?

A survey last year by USC and the California Emerging Technology Fund found that 91% of the Californians interviewed had access to the internet. But the survey also found that more than one-fourth of the low-income Californians polled either had no internet service (16%) or just a data plan on their smartphone (10%).

Not having a high-speed connection at home makes it significantly harder to work, study or receive medical care remotely, the survey's authors said. In other words, it puts low-income households at a bigger disadvantage than they're at already.

One benefit of the White House's latest push, McPeak said, is that it will increase the outreach to low-income households by credible authorities. Such efforts can produce significant results, she said; when her group and L.A. County joined in an effort to spread the word about broadband subsidies late last year, enrollment in the county increased 43% in about three weeks.

But many of these families still need trusted sources to persuade and assist them in getting online, McPeak said. That requires funding for community-based groups that can overcome language and cultural barriers to adoption and improve digital literacy, she said.

How long will the subsidies last?

Unlike its predecessor, the now defunct Emergency Broadband Fund, the Affordable Connectivity Program has no expiration date. But Congress could choose at any point to cut off funding, which is one reason the California Emerging Technology Fund is pushing AB 2751, which would keep a version of the program alive if the feds ever abandoned it.

Livemint
Internet access is no longer a luxury, so everyone’s got to get connected

The Senate is taking up a bill that would tax companies like Google and Amazon to support low-income Internet access.

Rural telecom providers, corporate jets, even the Department of Defense retain gear made by Huawei and other banned companies

Bloomberg
Editorial: Austin’s wrongheaded guaranteed income experiment
The best of intentions aren’t enough to turn a bad policy into a good one.