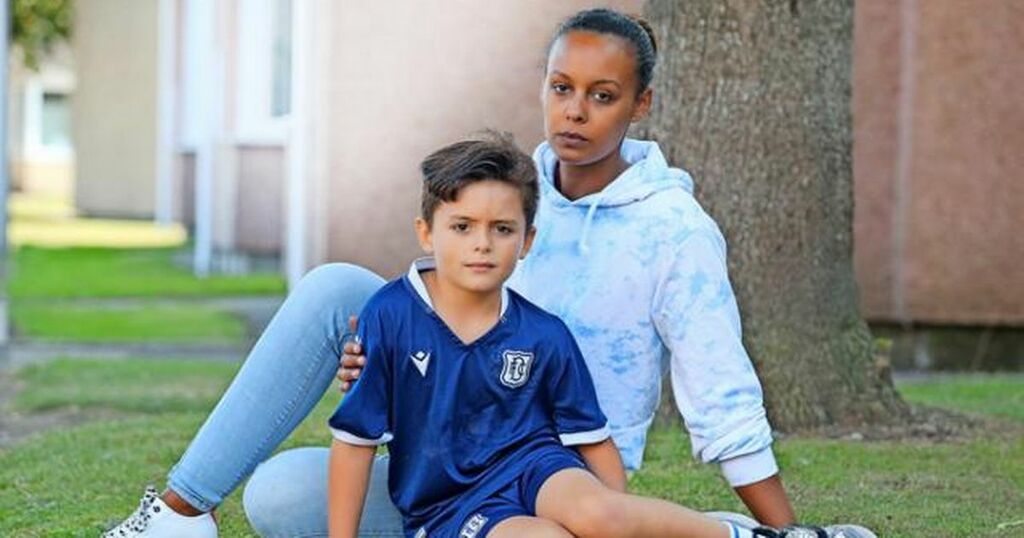 The £10 million Long Covid support fund from the Scottish ­Government has been branded “too little, too late” after it emerged that health boards haven’t been told to set up specialist clinics.

And parents of children with the condition claim nothing has been done to help them.

Health Secretary Humza Yousaf said the new fund, which will be split between all 14 NHS regions, “will offer the flexibility to design and deliver the best care for those with Long Covid, tailored to specific needs”.

Before the announcement last week, only one health board had received any help.

In June the Sunday Mail revealed there were 87,000 ­victims of the condition north of the Border and since then we have shared stories of people of all ages who have been calling for Long Covid clinics to open as they have in England but Scotland has yet to open one.

As Covid rates continue to rise, the ­Scottish ­Government has come under fire for failing to offer specialist ­support for the illness.

As part of a Freedom of Information request carried out by the Labour Party, all 14 NHS regions were asked to declare whether they had received any specific ­government funding for the debilitating condition.

Only Shetland confirmed it had received a £6720 handout.

Scottish Labour’s Jackie ­Baillie said: “That not a single health board has been ­supported to set up a dedicated clinic or given adequate ­guidance on clinical pathways is depressing and that only ­Shetland has received any ­additional funding to deal with Long Covid is a scandal.”

Scottish Lib Dem leader Alex Cole-Hamilton, who is also the co-convener of the newly ­established Long Covid cross-party group, added: “The initial NHS recovery plan revealed by the SNP did not mention Long Covid at all.

“That makes this money feel like very much an afterthought. The funds announced will not even touch the edges in assisting the many people who are now struggling with this condition.”

Helen Goss, of Long Covid Kids Scotland, said: “There is a very long way to go. I hope to see some funding go specifically towards paediatric Long Covid care.”

Harley MacMillan, six, of Inverness, had to be taken to hospital by ambulance after Covid caused serious problems with his breathing.

The youngster, who suffers from asthma as well as ­Hypermobile Ehlers Danlos Syndrome, which can cause joint hypermobility, caught the virus in March this year and still suffers from a range of Long Covid ­symptoms.

As well as problems with breathing, his temperature often spikes for no reason.

The ­Raigmore ­Primary School pupil also gets rashes, sore muscles, ­nausea and chronic fatigue. He also gets chilblains on his fingers.

His mum Fardos, 31, said: “Five months on, Harley still has really bad breathing issues and problems with his chest and he struggles to do a lot of the things he used to do like play football.

“His breathlessness is the worst thing. He was really active before getting the virus but now struggles to keep up with his friends when they’re playing.

“It’s heartbreaking as a parent to see your child so down and I sometimes just break down and cry and wish I could get my ­little boy back.”

Fardos said her GP has been sympathetic and Harley’s asthma nurse has been helpful but she thinks more specialist help should be available.

Aberdeenshire teen Elizabeth Jelley used to be an avid skier, competing across the country and overseas but, since catching Covid, she struggles to walk far or carry out simple tasks.

The 15-year-old Gordonstoun pupil was diagnosed with the virus in April 2020 and has been off school ever since.

She said: “Since catching Covid, I’ve suffered from really bad migraines that are so awful I have to lie down in a darkened room and then I am so exhausted afterwards.

“The tiredness never really goes away and it holds me back. I am missing school and would love to go back but I just can’t.

“I can’t concentrate because I have such awful brain fog and the slightest task drains me.”

Elizabeth’s mum Amanda, 51, said: “I think because Lizzie looks fine, people think she is OK but she’s really not.

“She’s exhausted all the time and sometimes sleeps for 20 hours a day.

“It’s been really hard and you just feel like there’s nowhere to turn for help because the doctors don’t know much about Long Covid and the schools don’t know how to help either.

“I’ve found out so much through speaking to other parents who are also going through what we are going through.

“There are so many of us out there now and we need better specialist medical help to be put in place for our kids.”