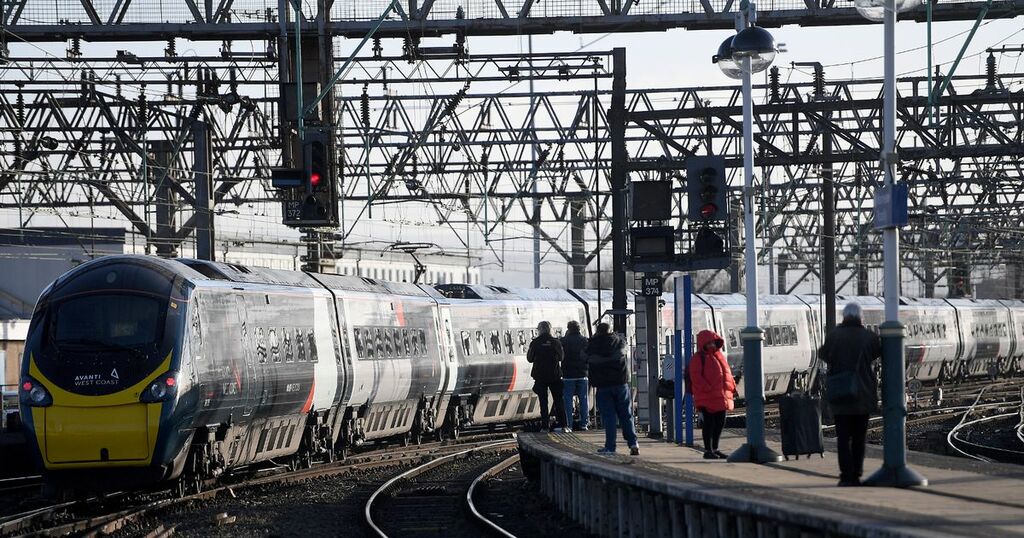 Trains from London to Manchester will only run once an hour from Monday as rail operators cut services with the aim of making their services more reliable.

Avanti West Coast, which usually schedules three trains an hour from London Euston to Manchester Piccadilly, will bring in the reduced timetable next week.

The change is expected to last until February 25, but will be reviewed weekly.

It comes after around 15 pc of the operator's services were cancelled during December due to staff shortages caused by the rise of the Omicron variant.

But passenger numbers on these services have dropped to around 40 pc now.

Other rail operators in the region have already amended their timetables in recent weeks, reducing the frequency of services to cope with staff shortages.

Metrolink has also prepared a reduced timetable for trams, but bosses believe they have now passed the peak of staff absences which reached up to 20 pc.

He said: "The passenger numbers are much lower so we are comfortable that one train an hour can accommodate those customers travelling.

"It's not great news, but it's the right thing to do, we feel, to give that reliability of service."

As well as the hourly service from London to Manchester via Stoke, there will be four additional trains each way every day via Crewe calling at Wilmslow.

TransPennine introduced an amended timetable on Monday (January 10) to cope with sickness absence among train crews which is still around 18 pc.

Passenger numbers have fallen to 51 pc of pre-pandemic levels having returned to between 75 and 85 pc before the latest wave of the virus.

Northern implemented a new timetable on January 4 – although it has not been hit by Covid-related staff absences as much as other operators have.

More than a quarter of staff at some depots have been off sick at certain points, but across the company the Covid-related absence rate is 3.9 pc.

Metrolink's workforce has also been affected by the Omicron wave with up to 20 pc of frontline staff unavailable to work at certain points since December.

More than 10 pc of tram drivers are still not available, but the peak has passed.

Head of Metrolink Danny Vaughan apologised for the reduced service on three lines from 5pm on New Years' Eve which was caused by a shortage of drivers.

But the service also faces a backlog in maintenance and supply chain issues.

He said: "We did prepare some options to look at a reduction in timetables.

"But we think now that we're passed the peak of absences and we don't think we will need to implement those more permanent reductions.