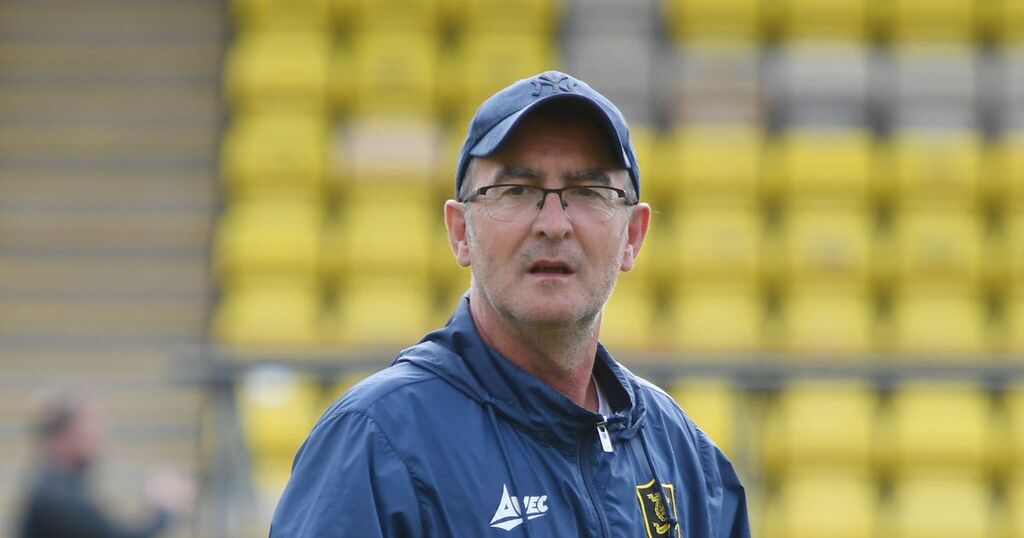 Livingston Women’s boss Paul Jaconelli has heaped praise on his players for not letting their prolonged winter break get to them.

The Lionesses have seen two Scottish Cup ties cancelled since their last fixture on November 21, including last Sunday’s third round clash with Montrose, but are hoping to be back in action this weekend.

The Championship South promotion challengers are set to host United Glasgow at the Tony Macaroni Arena (12pm kick-off) to finally kick-start the second half of the season on Sunday.

Jaconelli’s side currently sit second in the table, one point behind Rossvale, and the gaffer admitted his frustration at games being called off but said spirits were still high in the camp.

Speaking to the Courier, he commented: “It is very frustrating that the games didn’t go ahead but these are the times we’re all living in just now.

“We work with the restrictions as best as we can and take every precaution and hope that the games can go ahead.

“The training is really high energy and there’s a great tempo about the girls. It’s brilliant to see that still there because it can be disappointing and dispiriting when games get called off.

“It’s important to keep everyone’s spirits up and everyone collectively is doing a great job with that but it’s obviously frustrating when a game gets called off.”

While getting back playing again following a near two-month lay-off would be ideal, Jaconelli also admits that Sunday’s clash could serve as ideal preparation for their top-of-the-table encounter at Rossvale next weekend, saying: “We can’t wait and I think once we get going it won’t take long for us to get back that momentum we had going before the winter break.

“We’re all desperate to play on Sunday and hopefully pick up three points and turn in a good performance.

“We’ve got Rossvale away next week and they’re currently sitting top of the table. It’s a huge game and it would be better for us to have competitive games under our belt going into that so fingers crossed Sunday’s clash is on.”

The boss is well aware of the fact everyone’s efforts could count for nothing but neither he nor the players let that enter their minds.

He added: “There’s always uncertainty just now about games but that doesn’t impact the way you train or plan because you have to be of the mindset that the game is going ahead and you’ll have everyone available but we all know the situation.

“You could end up being without three or four big players if they test positive, or the opposition can’t field a team and it gets postponed.

“We know that’s a possible scenario but it’s not one you can bring into the thought process when you’re training and preparing for the game.”