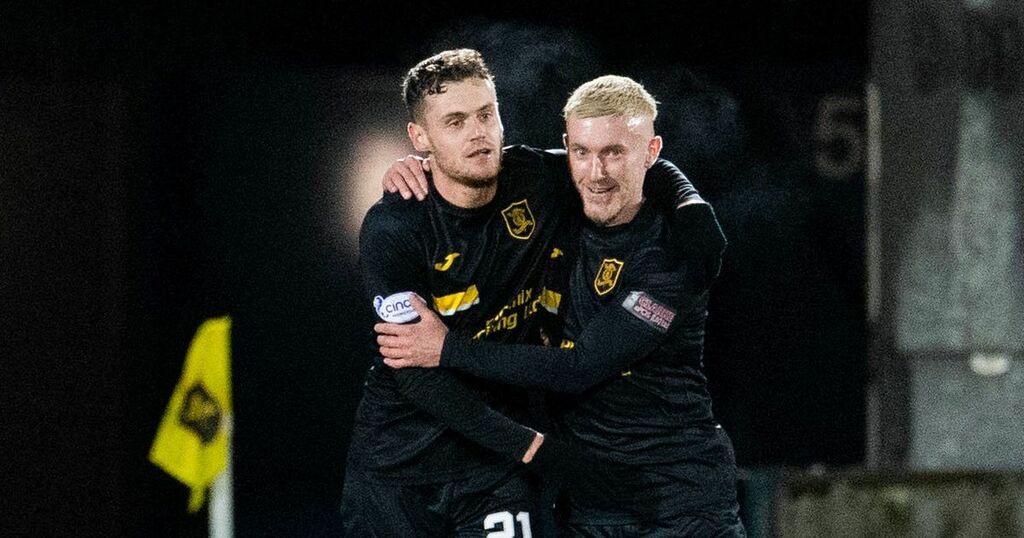 Livingston boss confirms Jack McMillan and Craig Sibbald set to leave club in the summer
The pair are both out of contract and Martindale admits it's been a challenging season for them.

The defensive midfielder is coming from Belgian side KSK Lierse Kempenzonen

Livingston boss David Martindale admits he holds departing duo Jack McMillan and Craig Sibbald in such high regard that he's actively contacted clubs in a bid to get their respective futures sorted.

Both players will be leaving the Tony Macaroni Arena following Sunday's Premiership finale with Dundee with the gaffer also revealing he would have been more than happy for both to stay in West Lothian.

Former Falkirk player Sibbald has spent four years at the club, amassing over 100 appearances, and was a rare bright spot in a difficult start to the season for the Lions. However, the 26-year-old struggled with illness and injury and has been limited to a handful of substitute appearances in the last six months.

McMillan, from Bathgate, signed in 2017 initially on loan from Motherwell before making the move permanent but he'll be playing his football elsewhere next season.

Martindale said: "I asked them to tell me what they wanted to do. If they wanted to stay at Livingston I told them I’m more than happy to make them an offer but we’ve got enough respect for each other, if you want to go elsewhere tell me.

“With both players I’ve let four or five managers know they’ll be available to try and help them out. I’ve got a lot of respect for them and they’ve been great servants for Livingston.

"Sibbs has been really unlucky this season. I think we can call his time successful because we’ve stayed in the Premiership. It’s one I also look at and wish it had gone better, I had high hopes for Sibbs, it’s not quite worked out for both parties but I would not say it’s been unsuccessful either.

“Whoever gets SIbbs next season will get a fantastic player."

He added: "There has been a huge amount of progress with Jack and he’s turned into a fantastic footballer.

“But where Jack plays at predominantly right back has probably been one of our most consistent areas of the park so it’s difficult for Jack to break in there. I’ve tried him in a few other positions, he's played centre midfield and left back.

"I think both are 100 per cent Premiership players."

Livingston boss confirms Jack McMillan and Craig Sibbald set to leave club in the summer
The pair are both out of contract and Martindale admits it's been a challenging season for them.

The defensive midfielder is coming from Belgian side KSK Lierse Kempenzonen