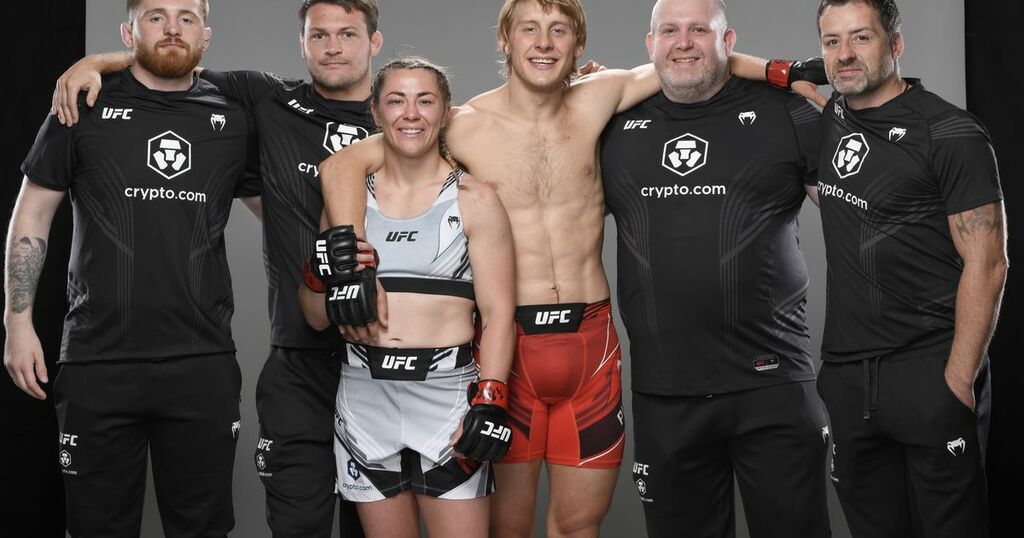 Molly McCann believes that she and Paddy Pimblett 'stole the show' at UFC Fight Night as the two Liverpool fighters secured sensational victories.

McCann, in the last bout of her four-fight deal with UFC, defeated Ji Yeon Kim after three rounds, while 'Paddy the Baddy' knocked out Luigi Vendramini in his UFC debut.

It wasn't quite a clean sweep for Merseyside in Las Vegas, however, as Darren Till lost the main event fight to Derek Brunton.

And McCann, who won the $50k Performance of the Night bonus with her win, believes she and Paddy stole the show with their displays.

“I’d be a d******* if I said no. Everywhere you go, England have very loyal fans, there was a few Brits who managed to travel and get into the Apex who I knew personally. It doesn’t matter if you’ve got five fans or 18,000, as long as you’ve got a few," she exclusively told the ECHO.

"To bring it back to Liverpool, me and Paddy both won world titles in there, I fought my UFC debut in there. I’d very much like to fight in there again and get the win but even if it went to Manchester, it’s still the north west, still love the Mancs, they’ve got a good night out and they support fighting like the Scousers do.

"I think it’s pretty much inevitable that it’s not going to come back this year. There’s that many Brits on the card, I do think it’d be like Liverpool versus the world, I do think we owe that to the fans. Before this fight, we said it was the golden era of British MMA and I really think we put England on notice, put Liverpool on notice.

"They’d be missing a trick if they didn’t let us. My walkout at the Echo and Paddy’s walkout is something special, even Darren Till’s walkout, it’s next level."

McCann's victory came on a stand-out night for the British MMA scene, with Paddy, Tom Aspinall and Jack Shore all victorious, with the card stacked with UK talent that helped create a memorable occasion.

“I felt like I was back home, I felt like it was Cage Warriors, I felt like, without being disrespectful, it was mine and Paddy’s night and we stole the show a little bit from the main card and the main fight.

"It was next level, it’s nice to know that we’ve caught up with the rest of the world in every aspect. Imagine if Arnold Allen was on it, think about how many fights, imagine if we had all of those fights and it didn’t get pulled. It would’ve be the best night of MMA that Europe has ever seen but it will soon come and we’ll run that one back I’m sure.”