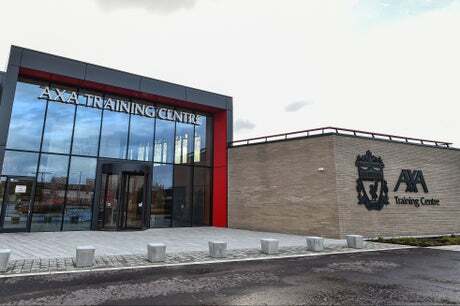 Liverpool have reopened their training ground after a Covid-19 outbreak that forced the postponement of this week’s Carabao Cup semi-final clash against Arsenal.

The Reds had been due to travel to Emirates Stadium for the first leg on Thursday night, but a combination of Covid, illness and injuries in the first-team squad forced them to request that the EFL call the game off.

That match has now been moved to January 20 and will become the second leg of the tie, with the first leg now at Anfield on January 13.

After consulting with the relevant Public Health authority, Liverpool have now reopened the first-team areas of their AXA Training Centre in Kirkby.

With manager Jurgen Klopp and no2 Pep Lijnders in isolation, assistant coach Peter Krawietz is currently taking charge of the team and leading preparations for Liverpool’s next match, which sees them take on third-tier Shrewsbury in the FA Cup third round at Anfield on Sunday.

A Liverpool statement on Friday said: “The senior training environment in Kirkby was temporarily closed for a 48-hour period following a significant number of suspected positive COVID-19 test results among the playing squad and staff.

“The Reds’ Carabao Cup semi-final away leg against Arsenal, scheduled for Thursday, was subsequently postponed and has been rearranged for January 20.

“After consultation with the relevant Public Health authority, operations have now resumed within the first-team set-up at the training ground.

“Assistant manager Peter Krawietz is currently taking charge of the team and leading preparations for Liverpool’s next fixture, which sees Shrewsbury Town visit Anfield in the Emirates FA Cup third round on Sunday.”