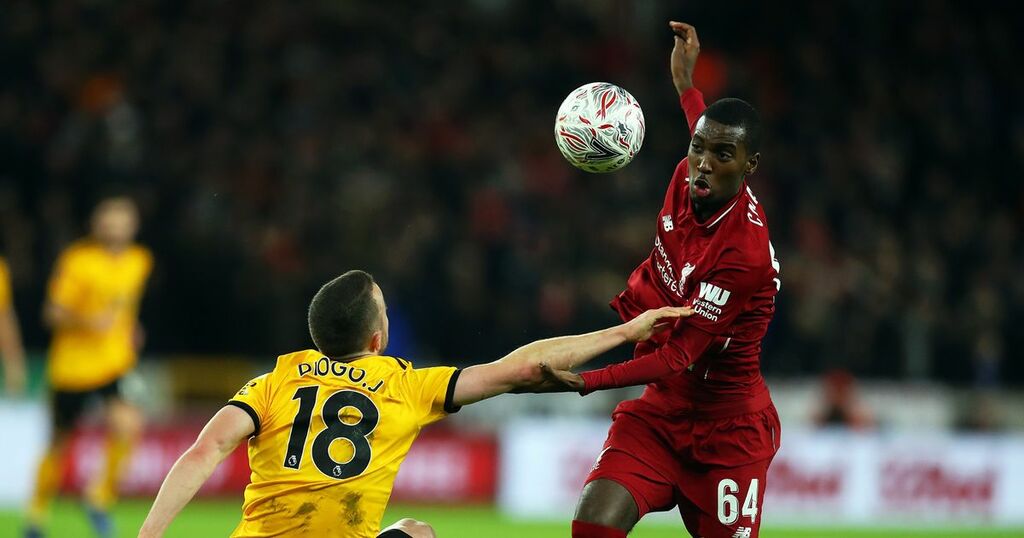 The 21-year-old spent three years on the Reds' books between 2016 and 2019, making two senior appearances.

Camacho then rejoined to former club Sporting in a £7million transfer and has subsequently been loaned out to Rio Ave and Belenenses.

The Portuguese winger was keen to return to his homeland and turned down interest from Wolves and a new contract at Anfield to do so.

But Camacho remains in regular contact with three of his former teammates: forwards Mane and Firmino, and midfielder Fabinho.

"[Liverpool] was very good for me in terms of growth and I still keep in touch with some players," Camacho told A Bola .

"Sadio Mane, Roberto Firmino, Fabinho are some players with whom I got along well and from time to time they send a message to find out how I am and to give some advice."

Camacho had no trouble making friends during his three years with Liverpool and received glowing reports from Alisson and Virgil van Dijk as he departed the club.

"He has been in Sporting's youth set-up and probably feels like returning home. I am happy for him and I hope he is happy," said defender Van Dijk at the time.

"He has quality and he knows what he has to do, because we all know that there are many players who have quality, but then they lack the rest."

Goalkeeper Alisson added: "He is a young man with incredible potential and personality."

Did Rafael Camacho deserve more of a chance at Liverpool? Comment below.

Camacho made his senior debut for Liverpool in a third-round FA Cup clash against Wolves in January 2019 and came off the bench in a Premier League victory over Crystal Palace later that month.

He featured regularly for Sporting on his return to the club before joining Rio Ave on loan last season, scoring three goals in 11 games.

"Rafael was even happier when he received the call from Jurgen Klopp to congratulate him on the goal," he said. "In fact, they exchanged congratulations, as Rafael also congratulated him on winning the Club World Cup."

Although the pair have a good relationship, Camacho previously hit out at Klopp for using him as a right-back against Wolves.

"I do not know whose idea it is, but I will prove that they are mistaken about my football," he wrote in an Instagram post. "I’m not a right defender, I’m an attacker who scores goals. This is my DNA."