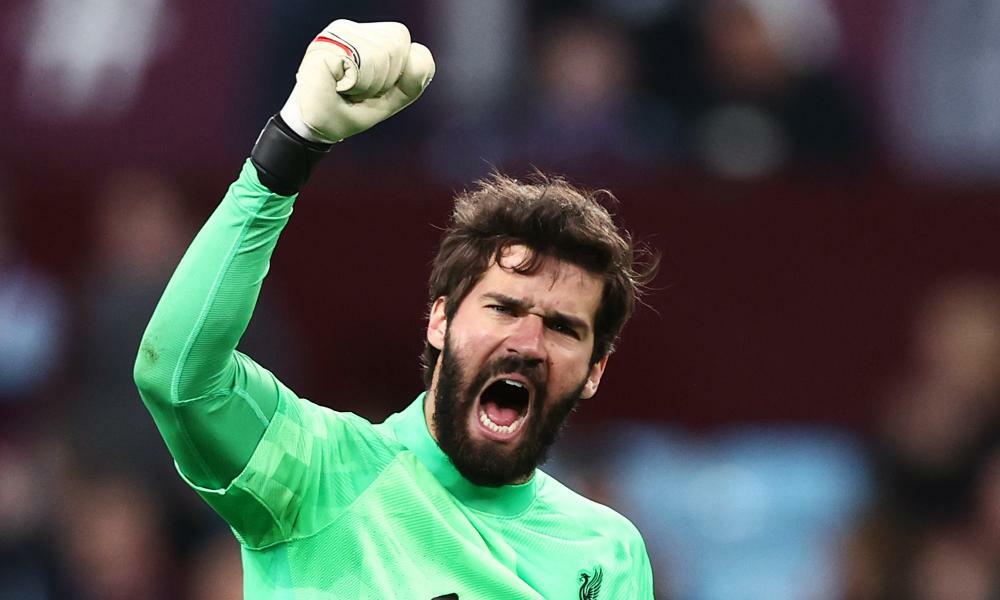 Alisson Becker, Liverpool’s Mr Consistent in quest for quadruple
The Brazilian goalkeeper is hoping to inspire Liverpool to their second trophy of the season in Saturday’s FA Cup final…

Liverpool Echo
One subscription that gives you access to news from hundreds of sites
FA Cup final and Premier League: 10 things to look out for this weekend

Liverpool have become famous for taking advantage of deals as and when they present themselves in the right place at the right time.

The most recent example is the decision to bring Luis Diaz to the club in January this year. The Colombia international was a target for Liverpool, but the original plan was to wait until the summer to make a move.

Thanks to Tottenham Hotspur’s interest, however, that plan changed. Jurgen Klopp and co did not want to let one of their main transfer targets slip through their fingers just because they wanted to wait.

An opportunity came up to make a deal, and Liverpool got it over the line. Fast forward a few months, and the Reds may be wise to do something similar yet again.

One area that Liverpool have no worries in terms of strength in depth is the goalkeeping department. Alisson Becker is the established number of at the club, and is a worthy shout for the best in the world in his position.

Behind him in the pecking order is Caoimhin Kelleher, who is a more than capable deputy for the Brazilian. He was a key player in helping Liverpool win the Carabao Cup this season, and would be ready to step in were Alisson to be absent.

However, there have been speculative suggestions that Kelleher could leave Anfield this summer. That has ranged from a loan deal to develop his skills, to a permanent move to become a number one elsewhere and acquire more game time,

It’s highly unlikely that a permanent move away from Liverpool will happen for Kelleher this summer, unless of course the player expresses a desire to leave. Were that to happen, then Klopp would need to do some thinking.

But the idea of loaning Kelleher out may not be the worst idea in the world, especially when you factor in a recent piece of transfer gossip. This concerns former Liverpool boss Roy Hodgson.

Currently at Watford, Hodgson confirmed on Friday that goalkeeper Ben Foster will leave Vicarage Road as a free agent this summer. There are early indications that the 39-year-old could retire at the end of the season, but he’s publicly admitted that he’s unsure of his next move.

"I will always hold my head high knowing I’ve given absolutely everything I’ve got," said Foster.. "I don’t know what the future holds for me, but I've gotta say, Watford will always have a special place in my heart."

Foster has a history with Liverpool’s biggest rivals, but in different ways. It starts with his time at Manchester United, who he joined in 2005. He spent five years at Old Trafford, but made just 23 appearances for the club.

He had two years on loan at Watford during that time, before leaving Man United for Birmingham City in 2010. Back at Watford, he recently made some comments that annoyed sections of Everton fans.

“If you can get on top of Everton early doors, the Everton fans are horrible to the Everton players,” Foster said on his ‘The Fozcast’ podcast back in February. “They are horrible, they get right on top of them. They get in their players’ heads, for sure.”

When asked what it’s like to be an opposition player in that scenario, Foster said: “That’s massive, we always say before the game that we need to start fast, we need to get on top of them.

“We said that before our game away at Goodison Park [earlier this season], they scored after two minutes! We won 5-2, in the end.

“But, yeah, we do make a point of saying it: the Everton fans are horrible. If it looks like we’re overrunning them or something, they get on the Everton players.”

These comments certainly annoyed large portions of the Everton fanbase. With Foster’s time at Watford coming to an end, what next?

While it may not seem an obvious decision, Liverpool may be wise to explore the idea of bringing the goalkeeper to Anfield. It wouldn't be the first time that Klopp has brought in an experienced stopper, having done the same thing with Adrian in 2019 after the departure of Simon Mignolet.

It all depends on what Liverpool want to do next with Kelleher. Would loaning him out be the ideal thing? Klopp and co will have a decision to make in that regard.

Should Liverpool decide that Kelleher would benefit from a loan spell away from Anfield, the club would be wise to consider the idea of looking at Foster as a short-term option with his experience.

Alisson Becker, Liverpool’s Mr Consistent in quest for quadruple
The Brazilian goalkeeper is hoping to inspire Liverpool to their second trophy of the season in Saturday’s FA Cup final…

Liverpool Echo
One subscription that gives you access to news from hundreds of sites
FA Cup final and Premier League: 10 things to look out for this weekend