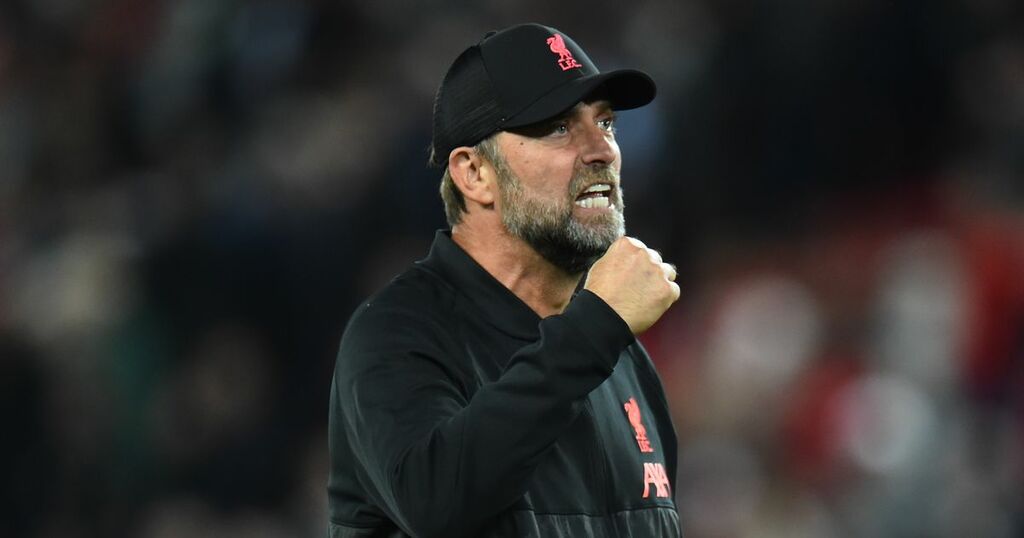 AC Milan have always brought out the most extreme range of emotions at Liverpool.

The respective results of the 2005 and 2007 Champions League finals - and the manner in the way the former was won - means the only two previous games with the Rossoneri have put the Anfield faithful through an almighty wringer.

In fairness, so too did this nervy yet absorbing 3-2 triumph against Stefano Pioli's men.

But the first meeting between these sides outside of a UEFA showpiece here at Anfield resembled something closer to that famous night in Istanbul over 16 years ago than its lesser remembered joyless Athens sequel.

And given the limited yet memorable history between these two, it was fitting that the class of 2021 performed their own stirring comeback, even if it was a position they should never have been in to begin with.

For the first time since March 2020 - just days before football was sent into a three-month, coronavirus-induced hibernation, in fact - Liverpool supporters were able to cherish a famous European night with all the bells and whistles that have come to define this place.

It was a million miles away from the sterile, soulless proceedings of last term when the Reds' Champions League campaign got underway at Anfield against the unheralded FC Midtjylland without a single fan in place to witness it live.

No, this was Liverpool v AC Milan; two of the biggest names in the game, going head to head once more.

This, as Jurgen Klopp surmised pre-match, was "proper Champions League" fare and the celebration of its return rocked this venue to the core.

In truth, the 2021 vintage of Milan are not the fearsome side of superstars that they have been at various points in their own glorious past, but their name will always resonate as seven-time winners of Europe's most celebrated competition.

The last time Liverpool entertained in the Champions League in front of a full house, they were the holders of the trophy and arguably the best side in world football.

And while the mainstream spotlight has since turned its fickle focus elsewhere - namely to the carefree spendthrifts of the transfer market - Klopp will still feel his charges have what it takes to once more flex their muscles in this tournament.

Vote for your LFC Man of the Match here

After all, for all the coverage of Klopp's charisma and general affability as a football personality, the studious side of his tactical and technical coaching has taken Liverpool to three European finals during his five full terms at Anfield.

That, along with the team of elite stars they have amassed and the return of Anfield's X factor, will make them a potent force this time around.

Klopp sprung something of a surprise with his team news as he handed Joe Gomez his first start since November of last year, but that was nothing compared to the shock of seeing Divock Origi selected up top.

The Belgian striker hadn't scored for a year before the game and was left out of the squad entirely for the last three Premier League games, despite being fit.

So the decision was a big one from Klopp, who also recalled captain Jordan Henderson and Naby Keita in midfield in place of Harvey Elliott and Thiago Alcantara.

The hosts came flying out the traps early on and had their lead inside 10 minutes when Trent Alexander-Arnold's give-and-go with Mohamed Salah ended with him scoring past goalkeeper Mike Maignan, via a deflection off Fikayo Tomori.

The curmudgeons at UEFA credited the goal to Tomori, but it made no difference to the Kop as they roared about the Scouser in their team while he celebrated his latest significant contribution as a defender.

"The best right-back in the world," was Klopp's assessment last week as the tiresome midfield debate rumbled on after an inconclusive experiment by England boss Gareth Southgate against Andorra.

It's hard to disagree with the Liverpool manager where his No.66 is concerned.

Salah's successful run from the penalty spot came to an end on 17 moments later when he was denied by Mike Maignan after Andy Robertson's shot was handled by Ismael Bennacer.

And while it appeared to be only a minor blip on the road towards a comfortable home win at the time, the missed penalty seemed to subdue the hosts.

Chances continued to arrive as they finished the first 45 minutes with 14 shots on the stats pad, but the intensity and concentration levels dipped.

Milan sensed a way back into the game towards the end of the half and duly had it when Ante Rebic escaped the attention of the defence before cushioning it past Alisson Becker.

Somehow, the Rossoneri had parity.

But if Liverpool felt a sense of injustice at that, they didn't show it and instead hit the snooze button to allow Brahim Diaz to tap in on the line two minutes after Rebic's leveller to send the Italians in at the break, inexplicably, with a lead.

Liverpool had the second their efforts deserved less than five minutes after the restart thanks to Salah's finish from Origi's wonderful flick over the defence.

That was his last real act in the game before he was replaced by Sadio Mane as Milan sent on Olivier Giroud and Alessandro Florenzi.

It was left to captain Henderson to rattle Liverpool back into the lead when he met a partially cleared corner flush with a superb half-volley that flashed past the goalkeeper into the bottom corner.

It was far from pretty, at times, and Klopp will be wary of his side's inability to dispatch even half the chances they are creating of late, but after another victory, it would be churlish to be overly critical, particularly given the shuffling of the options.

It will never be the most famous of three-goal plunderings of AC Milan, but the path to Saint Petersburg has at least started on solid ground as a result.