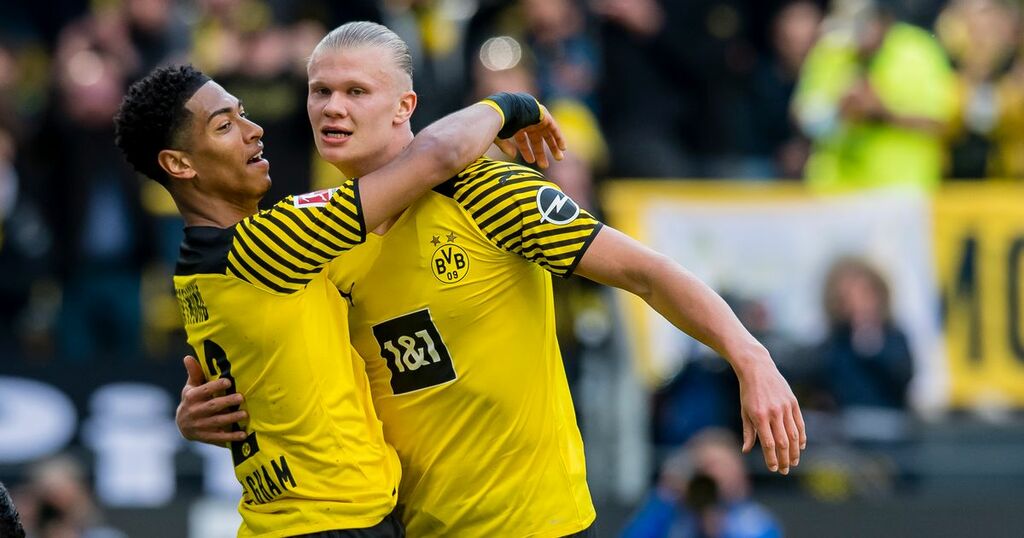 Liverpool are set for a rather busy period over the new few weeks, and maybe months, both on and off the pitch.

The Reds are battling in the Premier League title race with Manchester City, although have lost ground and trail the leaders by three points with two matches left to play. Liverpool are still in the final of both the FA Cup and Champions League, and have a realistic chance of winning a cup treble.

And even though there is plenty of football to be played, Jurgen Klopp’s side continue to be linked with signing potential new players this summer. A host of apparent targets have been rumoured in recent weeks, but whether there is any truth remains to be seen.

On Thursday, the ECHO’s very own Theo Squires hosted a live Q&A where he was on hand to respond to your questions about Liverpool. Here is a round-up of what was discussed.

Paul: What's your take on, and understanding of, the Aurelien Tchouameni Tchouameni situation?

TS: Hi Paul, just what Ian Doyle said in our last update really. Tchouameni is a player Liverpool like the look of but Real Madrid remain the favourites to sign him. The Reds aren't expected to spend big on a new midfielder this summer, with that perhaps instead being on the wishlist for 2023. Things can change of course. I believe it had looked like Alisson would be off to Real Madrid before he eventually signed for the Reds for example. If he was available at the right price and a deal could be done, I'm sure they would look at it. They also like the look of Jude Bellingham, with 2023 again a more likely time for the Borussia Dortmund man to move on, with both players fitting the profile of the player the Reds view as being able to add to the squad in terms of age, versatility and physical attributes.

Paul: Why the wait, do you think? Are they waiting to see what happens with Jones, Elliott, and Keita over the next year?

TS: I think partly because of availability. If Bellingham is the midfielder they decide they want for eg, they know he won't be allowed to move before the World Cup with Dortmund losing Haaland this summer. So it's waiting for the right target. But then it's also looking at the current numbers. They have eight senior midfielders, with the likes of Morton and Clarkson in reserve. Milner could go this summer but we know Klopp would like him to get a new contract. Oxlade-Chamberlain and Keita's deals expire in 2023. Klopp has said he wants the latter to stay but looks like the former will depart. Then it's waiting to see how Jones and Elliott progress. Carvalho could be used as a number eight yet too. They have enough for another year, but with Henderson and Thiago getting older, 2023 works for the next transitional change.

David: Do you have an update on Calvin Ramsay?

TS: When we asked last month we were told that he is of interest to Liverpool but isn't the only player on their radar. Seems there has been progress since then with reports north of the border saying Aberdeen are resigned to losing him and want at least an initial £4m for him. Certainly looks like a deal that can happen.

Sam: Is there any update on Mo Salah's contract? Is PSG a viable destination for him if Mbappe leaves? Does Mane really want to leave in the summer? If yes is it because the club doesn't want to offer him any extension?

TS: Nope, nothing new on Salah. All contract negotiations are on hold until the summer at the moment as Liverpool focus on winning some trophies. There are very few sides that can afford his wages and PSG are one of them. Whether he wants to move to France or not, that's another question. Mane's agent has said contract talks will be held in the summer. Liverpool will want to keep Salah and Mane if they can but it's easier said than done. All depends on what they're asking for and if a compromise can be reached.

David: Is Fabio Carvalho going in the first team or youth setup do you know?

TS: He'll be in the first team and rightly so after a great season in the Championship. Expect him to fill that Origi/Minamino role in the squad as back-up forward for now. Will get chances in pre-season and cup games, then Liverpool will go from there.

LFC7: Seeing as Origi, Minamino and possibly one of the original front 3 leave, do you think the club would be interested in a more direct attacking option such as Darwin Nunez?

TS: Well Carvalho will be the replacement for Minamino/Origi, leaving them with six attacking options still. IF one of the original front three left, they would need quality to replace them. Don't think it will be Nunez though, after signing Jota and Diaz. Would depend on who leaves but a left-footed right-winger is the potential opening at the moment.

Iano22: How big is the risk around Gomez this summer, do you think? Would be a real shame to lose his mix of relative youth, obvious talent and experience in Klopp's system. Is there a pathway for him, or is he always going to be "next man up"?

TS: It's a big pre-season for Gomez. I was told that Klopp wants Gomez to be offered a new long-term contract this summer, but the club are aware that it's easier said than done getting him to put pen to paper. He'll be frustrated at his lack of game-time and will want to play with the World Cup on the horizon after all. Has done a great job when filling in at right-back this year but needs more game-time at centre-back. Got to remember he came back from a serious injury last summer too. Klopp has said it's a lack of rhythm and nothing to do with quality as to why he hasn't played much this season. Probably never expected Matip to stay fit all season too, with Gomez missing out on opportunities as a result. I'd like Liverpool to keep him, if he's patient he'll get back in the starting XI at some point. But having missed so much football already in his career, you can't keep him waiting forever.

Iano22: On another point, do you know were we ever involved or even considering Haaland, or did the club just look at the numbers involved (salary more so that release clause) and go "that won't work for us"?

TS: Yeah, exactly that. It's the money involved. Liverpool don't have an issue paying the transfer fees for such players, but when you add up wages, bonuses and everything else, Mbappe and Haaland were too pricey for them. Remember they had been scouting Salzburg for a while so would have seen Haaland when looking at Minamino. No move then and no move now.

David : If Leeds get relegated, Raphinha has a release clause of just £21million. I really hope this is a deal Liverpool are looking at.

TS: Liverpool are opportunistic in the transfer market. A player of that quality at that price and proven in the Premier League, they will be aware of the opportunity. His form has declined in the second half of the season though as Leeds continued to struggle and battle relegation. I think whether Liverpool do go for him or not might depend on Salah's future.

Drew: Hi Theo, do you think our chance of the Premiership is gone after City win last night? With a superior goal difference and if they win against West Ham, it does make sense to rotate our squad for last 2 league matches to prevent injuries for the Champions League final?

TS: Never say never but I think Jurgen Klopp has been aware of the possibility all season long that City just wouldn't drop the points needed. Liverpool just have to remain in the mix so they can take advantage if the unlikely slip-up happens.

HBenn81: How wise do you think it would be for LFC not to invest in a midfielder this summer seeing as we have struggled to play a consistent 3 all season.

TS: I think the rotation has been a good thing actually. Henderson has stayed injury-free and we've seen Keita and Thiago play more than in previous years. They have four quality starting options with a mixture of experience and talented youngsters in reserve. Yes, we're seeing a consistent run now at the business end with Fabinho and Thiago together but considering this is a 63-game season, it's impossible not to rotate.