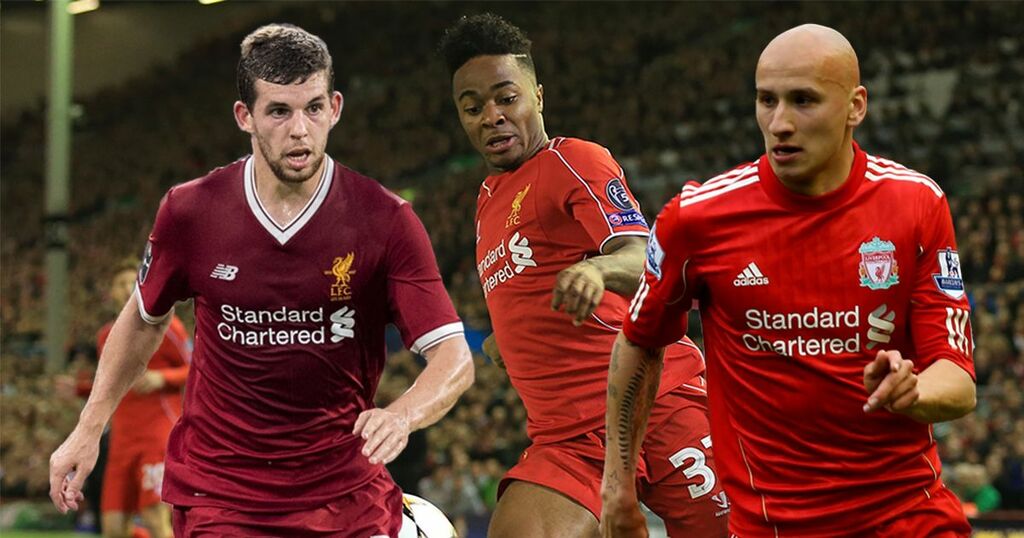 Liverpool are currently in the midst of the most illustrious chapter in their recent history, but things were vastly different as recently as 10 years ago.

A decade before the likes of Mohamed Salah, Roberto Firmino and Sadio Mane were bagging the goals to fire the Reds to domestic and European glory, figures such as Luis Suarez and Daniel Sturridge were the Anfield pin-up boys.

The current Liverpool side boast plenty of young, exciting talent that promise to be stars of the future - though that was a similar situation in 2012.

Fresh after finishing eighth the previous campaign, Kenny Dalglish's Reds geared up for the 2012/13 season with a point to prove and a plethora of youthful superstars-in-waiting. As per Football Manager Scout, Liverpool had six players that featured on FM's 100 wonderkids 10 years ago.

It can be argued that the six players in question were hardly given ideal conditions to excel in, with Liverpool enduring some of their worst league form of the Premier League-era. However, the cream rises to the top as exhibited by the standout star on this list.

Mirror Football has identified the six Reds players deemed a wonderkid back in 2012 and how they have fared 10 years on from being christened with a title that carries such heavy expectations.

HAVE YOUR SAY! Who are the wonderkids of Liverpool's current crop? Comment below

Twenty-one years old at the time of his wonderkid status, Coates managed to forge a respectable career despite his underwhelming time at Anfield.

The central defender was awarded the best young player of the tournament at the 2011 Copa America and saw his reputation sky-rocket. The Reds subsequently forked out £7million for his services but the Uruguayan international spent the majority of his time in Merseyside on the treatment table.

His most notable moment in a Liverpool shirt undoubtedly came in the form of a delightful scissor-kicked volley away at Queens Park Rangers. After another knee injury which ruled him out for the bulk of the 2013/14 season, Coates returned to former side Nacional on loan before another temporary stint away at Sunderland followed.

He joined the Black Cats permanently in 2015, but lasted half a season before being sent on loan again to Portuguese giants Sporting - where he remains on a permanent deal to this day.

Having come through the youth ranks at Scottish giants Rangers, Wilson cost Liverpool £2m and yet arguably still failed to justify his price tag.

The bulk of Wilson's outings came in the form of reserve ties, with first-team football so hard to come by for the defender he actually requested to go on loan.

Three separate loan spells saw Wilson briefly enjoy stints at Blackpool, Bristol City and a return to Scotland with Hearts. He clearly felt at his most comfortable in his home country as he remained at Tynecastle on a permanent deal after his Liverpool contract had expired.

2015 saw Wilson return to boyhood club Rangers, but three years at the Ibrox proved to be enough as he upped sticks the other side of the pond to play for MLS outfit Colorado Rapids. He remains in the States currently.

Born and raised in the red half of Merseyside, Flanagan achieved the dream of those around him when he went on to play for Liverpool.

A talented right-back, Flanagan was thrown in at the deep end when his Reds debut came against Manchester City in 2011. He duly ensured everyone knew he was good enough for this level when he kept a clean sheet in a 3-0 victory.

Flanagan actually won the club's in-house player of the season award at the end of his debut campaign and a new-and-improved contract followed. Eight years on the books at Anfield saw Flanagan go on to earn an England cap and wear the armband for a Premier league game, but he was eventually phased out of the first-team fold.

After loans at Burnley and Bolton, Flanagan left Liverpool for good to join Rangers. Nowadays, he can be found up and down the right-flank for Danish side HB Køge.

While it didn't work out for Robinson at Liverpool, he remains in the history books as the second youngest-ever player to represent the club at first-team level.

At the time, he was actually the youngest at 16 years and 250 days - breaking a 36-year record in the process. Unfortunately, the signing of Jose Enrique curtailed the left-back's development and first-team minutes became few and far between.

This prompted a loan at Wolves, before another at Blackpool for the entirety of the 2013/14 season. This marked his last campaign on the books of Liverpool, as he joined Queens Park Rangers permanently the following season.

At the moment, Robinson is part of a Sheffield United side vying for Premier League promotion.

The Romford-born midfielder remains in the Premier League to date in the colours of Newcastle, but it was Anfield where he first rose to prominence.

Liverpool parted ways with £1.7m to bring the midfielder to the club from Charlton, but while there were positive moments - they were all too fleeting and Shelvey lasted just three years before moving on to Swansea City.

Another three years in Wales brought more flashes of brilliance but St. James' Park is where Shelvey has truly found a place to call home.

Sterling's story is well-documented, but it is still one that divides opinion. The England international swapped the red of Liverpool for the blue of Manchester City in 2015 for a fee of £49m.

Many at Anfield had lofty expectations for Sterling and while he has gone on to realise them, he has done so for another side. The forward has won three Premier League titles and has done the majority of those at the expense of his former side.

Upon every return to Anfield since, Sterling has seen his every touch of the ball jeered - a stern reminder the Reds fans have not forgotten his acrimonious exit.