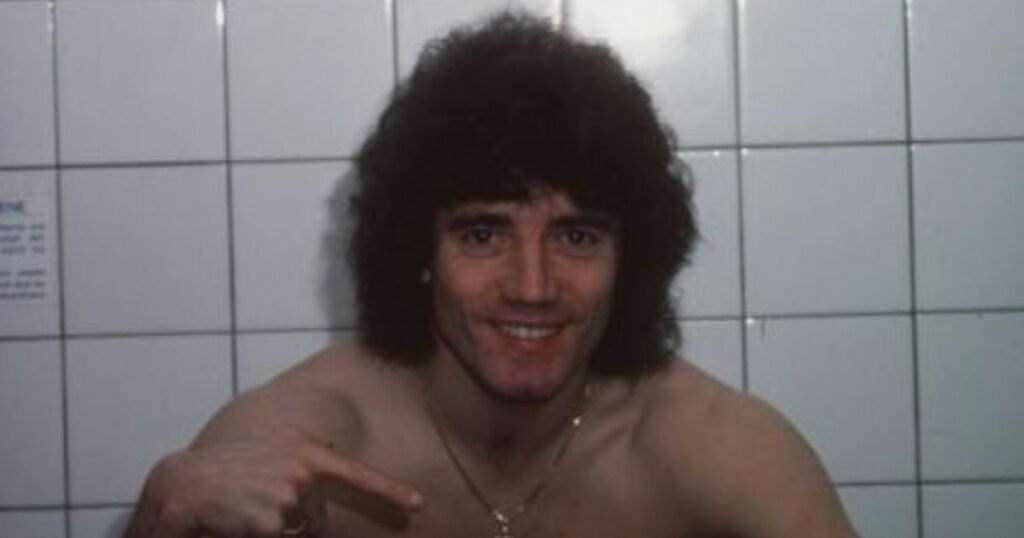 It can't be denied that Kevin Keegan was, and still is, an absolute Liverpool legend.

During the 1970s, King Kev was an integral part of the Reds team that won three First Division titles as well as three European trophies.

The England international would become a fan favourite at Anfield, appearing 323 times for Liverpool and scoring 100 goals, before moving to the Bundesliga with Hamburger SV.

READ MORE: Hero seaman was 'overruled' from rescuing more passengers on the Titanic

Though Keegan should be remembered for his footballing prowess, and as a key part of the Bill Shankly and Bob Paisley teams that dominated English soccer for a time, there are many that can't shake the image of his celebrity outside of sport.

Keegan rose to prominence just as footballing celebrity was becoming a real thing, with the likes of George Best pioneering the idea of the player as 'pop star'.

As a result King Kev, who was lovingly nicknamed Mighty Mouse by Anfield regulars, became the popular face of several leading brands.

With his poodle perm, cheeky smile and good looks, Keegan was a shoo-in for advertising teams across the UK who got him involved in a number of TV and visual adverts during his Liverpool tenure and beyond.

To be fair to the Mighty Mouse, his first real advert was as part of a safety campaign to warn children of the dangers of walking across busy roads.

Keegan starred in a 1976 Public Information film for The Green Cross Code - with a signature (pre perm) mullet, Keegan deals out some stark advice to a young football fan.

Two years later Keegan was the face of Lyon's Maid Goal ice lollies, billed as the only ice cream for football fans.

At 25p each, the ice lolly sticks were made of plastic and featured a mini toy footballer which could be painted to fit with your chosen team colours.

The players were to be used as part of a Subbuteo-esque football contest called Kevin Keegan's Five-a-side Soccer Game.

Kev's most famous advertising foray was for Brut 33 aftershave; he starred in a 1980 advert for the scent with then European Heavyweight Champion Henry Cooper.

The iconic advert showed Keegan and Cooper working out at the gym before putting on the iconic aftershave and exchanging some pretty dead banter.

No one can forget the cheesy tagline "aftershave with muscle" or the numerous pictures of Keegan with the Brut range which followed.

Keegan went for a slightly less glamorous brand in 1981 when he did some work for Grundig, advertising two of their radios.

The Micro Boy 400 (costing £8.50) was a pocket-sized radio with a headphone port while the Grundig RR220 was a full sized four-band radio recorder with record mute capabilities costing £66.

The slogan "Kick-off with a Grundig" and "It's top of the league" accompanied Keegan's grinning face with his new toys on the ads.

That same year Keegan rather embarrassingly put his name, and signature, on an advert for slippers with his face on them, supplied by the football sticker book makers Pirelli.

During that decade, as Keegan's playing career came to a close, he was the face of Patrick, a leading French sports brand.

Many adverts showed him in the latest Patrick football boots - he even had his own range with the company.

Once Keegan retired he went into management, famously taking charge of the Newcastle United team that almost took home the Premier League title in the 1990s.

In 1996, he made one more TV advert appearance, promoting Sugar Puffs.

A far cry from his screen time spent alongside Henry Cooper, Keegan appeared opposite the iconic Honey Monster.

The Mighty Mouse will always be a Liverpool hero but you have to laugh at some of his adverts.

Did you buy any of the products endorsed by Keegan? What is your favourite Keegan advert? Let us know in the comments.