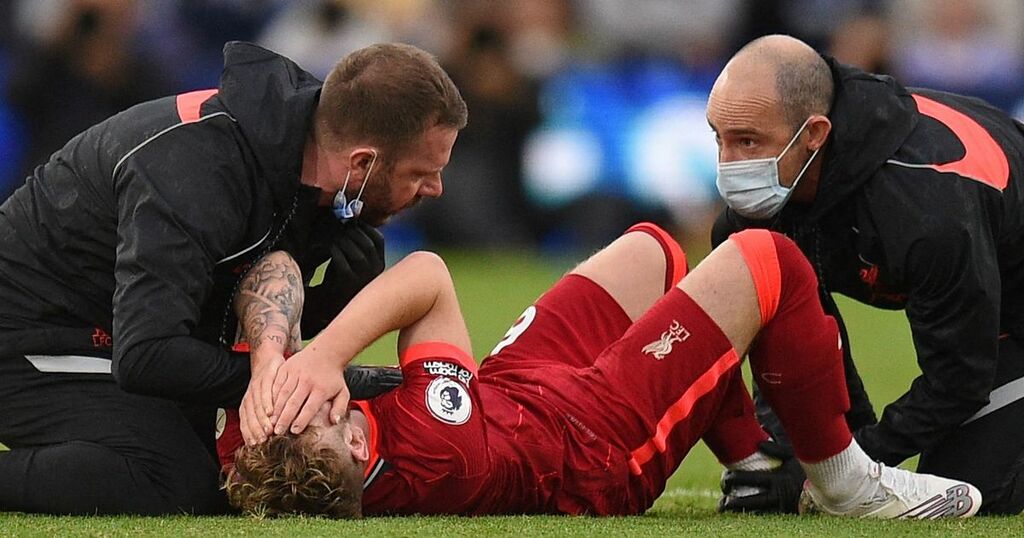 Harvey Elliott has poked fun at Manchester United after receiving an insensitive message from a supporter on TikTok.

The 18-year-old successfully underwent surgery on his ankle in London on Tuesday after being on the end of a challenge from Pascal Struijk and will now begin his road to recovery.

Despite Leeds United's attempt to rescind the defender's ban, the FA rejected their appeal and he will now miss their next three matches, including the trip to Newcastle United on Friday.

Liverpool's Elliott, however, responded with a classy comment on the decision and believes that Struijk shouldn't have been sent off.

Replying to a Sky Sports Instagram post, he said: "Sorry about this Pascal. I think it's wrong! But it'll soon blow over brother and you'll be back in no time smashing it again. Keep positive."

It doesn't take away from the potential extent of the youngster's injury, with Elliott expected to be out for a number of months having started the season so promisingly.

Messages of support have flooded in for Elliott and one Liverpool fan shared a video on TikTok stating that he would 'come back stronger' from this setback, but it attracted an unsavoury comment from one Red Devils fan.

In response to the video clip showing Elliott making his way out onto the pitch at Elland Road prior to kick-off, he posted: "He's not walking like that anymore."

The talented teenager picked up on this remark and responded in a light-hearted way.

Elliott said: "Crazy though how I have more legs than United have trophies in the past eight years, X."

This has been picked up by some Liverpool supporters who have enjoyed what Elliott said despite only suffering the injury three days ago.

The ex-Blackburn loanee has shone for the Reds so far last season and was instrumental in their excellent first-half performance at Elland Road.

He picked up some intelligent positions and Leeds were unable to handle him to how they probably wanted to, and although he went off at 1-0, his impact on the game helped Jurgen Klopp's men win.