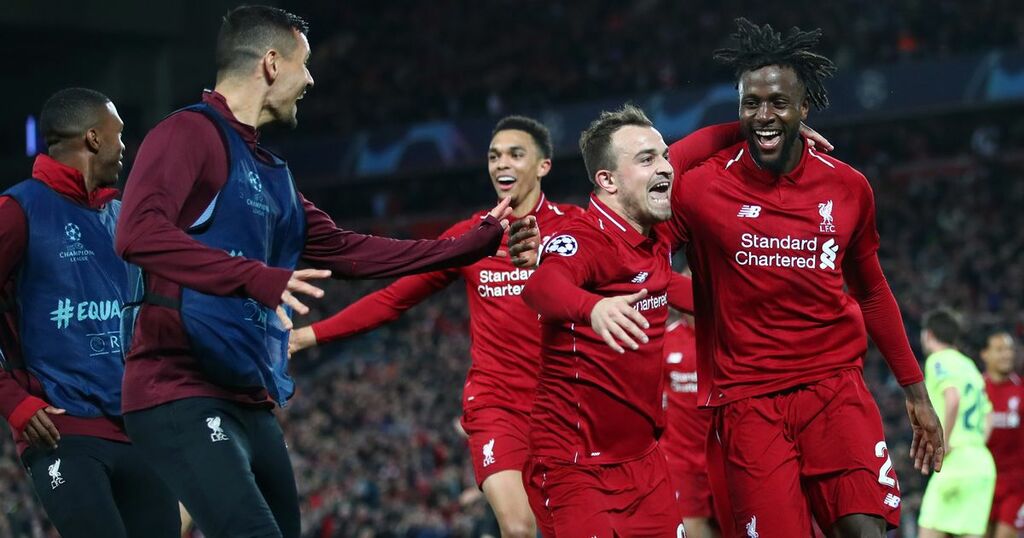 Liverpool will begin their Champions League campaign on Wednesday, and a youngster who is partly responsible for one of their greatest ever nights could get to feature in it this season.

The Reds entertain AC Milan at Anfield in a clash of sides who have won 13 European Cup/Champions League finals between them, each memorably tasting success against the other in the finals of 2005 and 2007.

Milan have never lifted the giant trophy since that victory in Athens 14 years ago, and are returning to the top table of European football after seven years away.

The Reds, of course, have been in two finals since then, losing to Real Madrid in Kiev in 2018 and then beating Tottenham a year later, with their run to the final featuring that epic comeback to beat Barcelona 4-3 on aggregate.

Trent Alexander-Arnold's quickly-taken corner which was turned in Divock Origi has gone down in the annals of Liverpool history, and on the night supporters spotted the fast thinking of the young ball boy who helped make the goal happen.

With Alexander-Arnold's cross having gone out for a corner but then bounced back into play, the ball boy threw the full-back a new ball.

Origi kicked the old one out, and with Barca napping he wandered into the six yard box and turned home Alexander-Arnold's superb delivery.

It wasn't long after the game that the ball boy was identified as 14-year-old academy player Oakley Cannonier, and now almost two-and-a-half years later he could be playing for the Reds in European football's premier competition.

Cannonier, who turned 17 in May, is now a highly-rated attacking midfield player with Liverpool's under-18s and he signed a senior contract earlier this year.

The youngster has already scored a remarkable six goals in just three games this season, bagging a brace which included a last minute equaliser against Nottingham Forest at the weekend.

As one of Liverpool's best young players, Cannonier has been included on the B list for the Champions League squad this season, meaning that he could feature if selected for a group game by Jurgen Klopp.

Liverpool submitted their A list Champions League squad earlier this month, with no more than 25 players allowed in it and eight of those spaces reserved for 'locally-trained' players, who had to be on the books of either the club concerned or another English club for three years between the ages of 15 and 21.

However, the squad is then supplemented by an unlimited number of players on the B list.

Will Liverpool win the Champions League this season? Have your say in the comments section

They have to be under the age of 21, and have been eligible to play for the club concerned for two years after they turned 15.

These fairly lax rules mean that guaranteed first-team players can often still be on the B list, such as Chelsea's Mason Mount when the Blues won the competition last season.

For Liverpool, this season's B list players include squad men Curtis Jones and Neco Williams, as well as 13 other talented youngsters including Cannonier, who has been registered with the squad number 87.