As Liverpool prepare to take on Real Madrid in the Champions League final, they'll be well aware their run to Paris wouldn't have been possible without the help of some bargain buys.

For all the importance of big-money stars like Mohamed Salah and Virgil van Dijk, the Reds' success goes beyond that. And it's not just the current squad who have benefited from the services of players picked up on the cheap.

Some 17 years on from the Merseyside club's sensational 2005 comeback against AC Milan, Mirror Football looks at 10 of the players signed for less than £15m who have served Liverpool well over the years. Not just those who are likely to be involved in Paris this weekend, but some who helped the Reds deliver long before manager Jurgen Klopp took the reins.

A number of Liverpool's pre-2010 signings come close to making this list. Maxi Rodriguez, Martin Skrtel and Yossi Benayoun just miss out, for example, but 2005 signing Reina makes the cut.

Despite Jerzy Dudek's heroics in the Champions League final, manager Rafa Benitez dipped into the transfer market. Reina had failed to establish himself at Barcelona, with fellow academy graduate Victor Valdes stealing a march, but Benitez saw something that those at Camp Nou didn't

The Spanish international barely missed a game in his eight years at Anfield, going four straight Premier League seasons playing in all 38 matches. There might have been some low moments - a beach ball incident springs to mind - but his longevity and quality is hard to match.

Liverpool were busy in the transfer market after winning in Istanbul, with Reina one of those to arrive. However, the January move for Daniel Agger would prove far more important than many of those summer recruits.

Signed for less than £8m from Brondby (all figures are via transfermarkt), the Dane's arrival came after what Benitez described as a long search that took Liverpool "all around the world". And, despite some injury issues during his time at Anfield, the left-footed defender proved a fan favourite.

"If you are 21 and you can train and work with Sami Hyypia and Jamie Carragher you can learn a lot," the manager said when the signing was confirmed. "It will be fantastic to have these great players to help him progress." Eight years and more than 200 games later, plenty were sad to see him return to Scandinavia.

When you're not competing for titles, as was the case for Liverpool in 2007, it can be important to sign players with the quality both for where you are and where you want to be. Enter Lucas, a £9m buy from Gremio in 2007.

Before the Brazilian's arrival, the Reds had reached the Champions League final - losing to Milan - but finished 21 points adrift of Premier League champions Manchester United. While Fernando Torres might have been the marquee arrival that summer, Lucas was the one who stuck around for longer.

When he left for Lazio in 2017, the midfielder thanked Liverpool and the club's supporters, revealing he'd have loved to end his career there and only left for regular first-team football. "While I am saddened that my days at Anfield are coming to an end, I can at least take comfort from the knowledge that my relationship with Liverpool and the supporters is stronger than ever," he wrote.

When Liverpool look back at their most important transfer windows, January 2013 will be up there. It was Brendan Rodgers' second safter taking the reins, and the former Swansea boss brought in two of the men who would help the team challenge for the Premier League title the following season.

Sturridge had enjoyed the best goalscoring season of his career for Chelsea the previous season. However, after the arrival of Eden Hazard and the revival of Torres at Stamford Bridge, his involvement was limited to the point that he was prepared to move on.

The England international played the best football of his career at Anfield. Not just in 2013-14, when he scored 21 league goals for the runners-up, but in between injury lay-offs in the following years. Without those setbacks, he could well have done even more in a red shirt.

The second signing of that January window, Coutinho's price tag quickly looked like a bargain. As was the case with Sturridge, the Brazilian had struggled for minutes at his previous club - in this case, Inter Milan - but found a home on Merseyside.

Coutinho was a regular in 2013-14 as Rodgers' side fell narrowly short of Premier League glory, but kicked on even further under Klopp. A 13-goal season in 2016-17 helped the Reds qualify for the Champions League for the first time under the German, and he left Anfield as one of the best players in the world.

While that nine-figure move to Barcelona reflected his quality, Coutinho wasn't able to thrive at Camp Nou in the way he did at Liverpool. Still, we can't overlook how much the fee helped Klopp build the side he wanted, paving the way for glory at home and on the continent.

A player's impact isn't just about what they do on the pitch, and Mignolet was a big figure for Liverpool in a number of senses. The Belgian joined in the summer of 2013, helping the Reds finish second in his first season, and had a number of other big moments before leaving after the 2019 Champions League final win.

Even when he lost his starting spot - first to Loris Karius and then to Alisson - the Belgian international remained a popular measure of the squad. Indeed, Klopp was especially sad to see him go, but title wins in Belgium for Club Brugge have been testament to his continuing quality.

"If you were to ask me to write a list of the most standout professionals I've worked with in the game – in a career of well over 30 years – Simon Mignolet would be competing for the number one spot," Klopp told Liverpoolfc.com in 2019. "The service he has given this club during his time here means I cannot ignore an opportunity for him that will impact so positively on his future. I think what he has done for Liverpool means he earns the right to do something that helps him at this moment."

Most Liverpool fans wouldn't be able to put a price on the comeback victory over Barcelona in 2019. Certainly, if they did, it would dwarf the sum paid to Lille five years earlier for a man who at the time had wonderkid status.

"He's one of the most important players I ever had," Klopp said while preparing to bid the Belgian farewell at the end of this season. "Wherever he will go he will be successful, 100 per cent. I remember so many things when I think about Div. Goals, ups and downs. He is a Liverpool legend, no doubt."

Brendan Rodgers' final window in charge was rather hit-and-miss, with some forgettable signings helping accelerate his departure. However, he also brought in big-money star Roberto Firmino, Joe Gomez - who narrowly misses out on this top 10 -and free transfer Milner.

The England international was already 30 years old when he arrived. While he had been part of City's 2012 and 2014 title wins, someone with nearly 400 top-flight games under his belt doesn't scream 'long-term prospect.

We couldn't have been more wrong. Milner has played 35 games or more in all of his Liverpool seasons, be it in midfield or at full-back, and continues to defy the ageing process to remain a key part of Klopp's fitness-intensive squad.

Klopp's first summer window saw him turn to the Bundesliga in a big way. However, while Karius, Ragnar Klavan and Alex Manninger have long since moved on, Matip remains a stalwart for the Reds.

The former Schalke defender was a smart pick-up on a free transfer, and despite some injury issues he has developed into a key player who has been able to keep pace with an improving Liverpool squad. Indeed, he has played more times in the 2021-22 season than in any previous campaign since moving to England.

"Joel's journey at Liverpool is one I love and I am absolutely delighted he has shown his commitment to us by signing this new long-term contract," Klopp told Liverpoolfc.com when the centre-back agreed on a new deal during the 2019-20 title-winning campaign. "As the team has evolved and become better, so too has Joel."

For a while in the early Klopp years, Liverpool made great use of stars from relegated teams. Gini Wijnaldum joined from Newcastle United in 2016, and Xherdan Shaqiri traded Stoke for Anfield in 2018, but Robertson - signed from Hull City in the intervening year - has a claim to being one of Liverpool's best ever bargains.

The Scottish left-back impressed for Marco Silva's relegated Tigers, but this was no guarantee he would be able to repeat the trick when expectations were higher. Indeed, his first training session under Klopp was so intense it caused him to throw up.

Five years on from his arrival, though, Robertson is a true star. He's won everything there is to win for the club, racking up more than 200 appearances while making the left-back position his own, and few would be surprised to see him add another Champions League winner's medal in Paris. 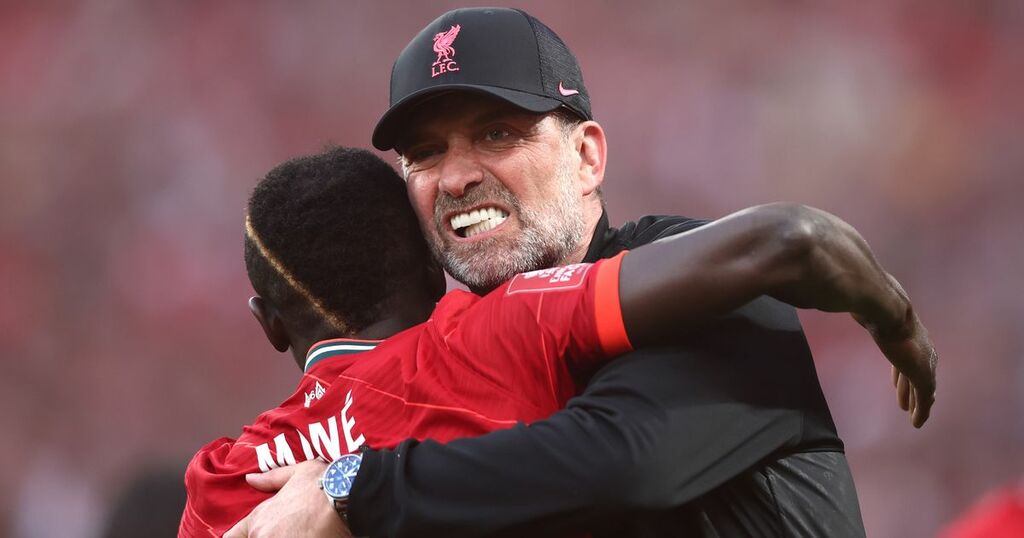 Belfast Live
Seven ages of Klopp: Liverpool’s journey from his appointment to Paris