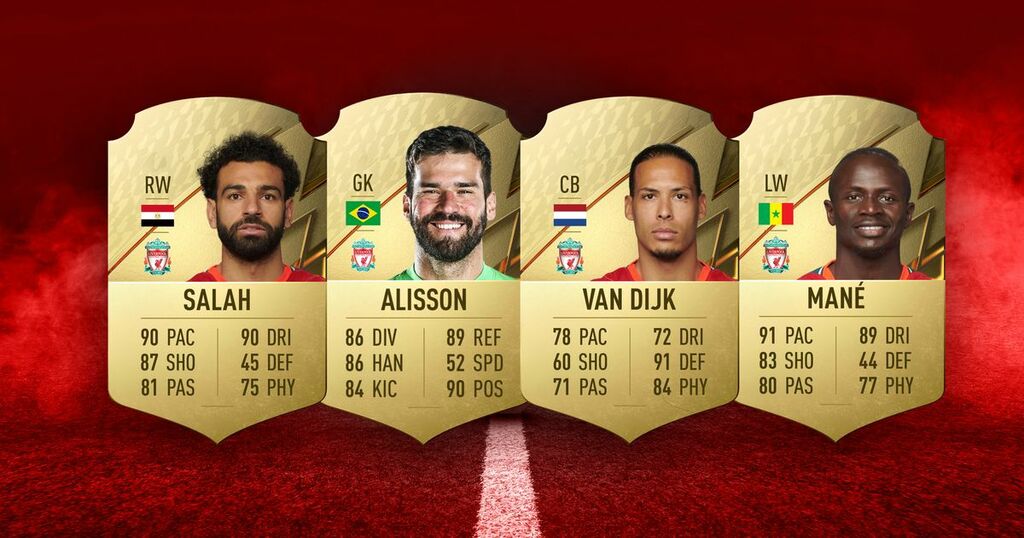 The top 22 is made up of 10 Premier League stars, and Liverpool has the joint-most representatives in the top 22, with PSG also having four players in the list.

After the Reds' title-winning season in 2019/20, Jurgen Klopp's side received a huge amount of upgrades throughout the squad as Liverpool became one of the highest-rated clubs in the game. However, after a tough campaign last season, downgrades were always on the cards.

Lionel Messi reclaimed his number one spot in the FIFA 22 player ratings list as he was once again the only 93-rated player in the game, whilst Bayern Munich's Robert Lewandowski received an upgrade after his successful season to become the second-highest rated player at 92 overall.

So, how did the Liverpool players in the top 22 rank overall, and what are their stats in FIFA 22?

All four of the Liverpool players in the top 22 rated players received downgrades to 89 rated, meaning all four received -1 overall's from FIFA 22.

The rating downgrades seem very harsh on both Salah and Van Dijk in particular.

Salah was a standout player in the Premier League last season as he finished the campaign with 22 goals and five assists, and Van Dijk barely featuring enough to warrant a downgrade due to his season-long injury.

The Egyptian forward's pace has been downgraded by three, but his shooting has been increased by one, which has lead to his overall 89 rating, one lower than in FIFA 21.

Goalkeeper Alisson Becker and forward Mane have also been given minus one downgrades, following their performances in the 2020/21 campaign.

Mane's pace has also been downgraded by three, with the Senegalese forward's shooting and dribbling also being downgraded, but his physical rating has been increased.

What do you make of these Liverpool FIFA 22 player ratings?

The official release date for FIFA 22 in the UK and worldwide is Friday, October 1, 2021.