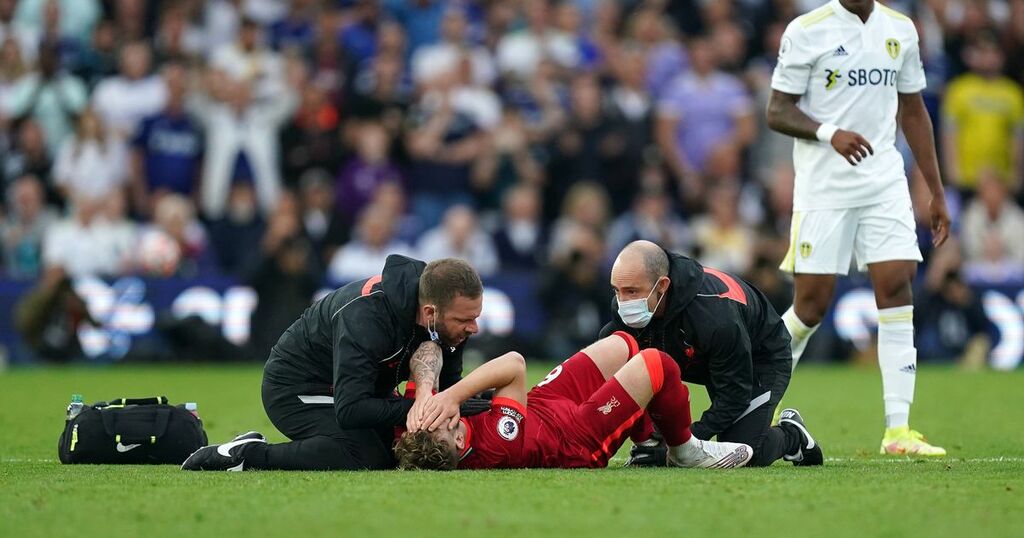 The physio who ran to Harvey Elliott 's aid has spoken out on the "rare" injury which the Liverpool midfielder suffered on Sunday.

Elliott's team ran out 3-0 winners against Leeds at Elland Road in the Premier League but the match was marred by the 18-year-old's gruesome injury.

In the 58th minute, home centre-back Pascal Struijk lunged at the Reds' talented youngster, catching his ankle and dislocating it as the offender was shown a red card by referee Craig Pawson.

Both sets of players were looking on in anguish as the stadium fell eerily quiet.

Physio Chris Morgan and club doctor Jim Moxon were first on the scene and helped put Elliott's ankle back in place.

"Thank you to our friends and colleagues from the medical team at Leeds United who helped us look after Harvey on the pitch yesterday," he wrote.

"Rob Price and his team really treated him as they would one of their own.

"Thankfully those injuries are rare but the shared training we do as part of the FA led ATMMIF courses really comes into its own in those moments and to have Paramedics on hand is always hugely reassuring."

Morgan and Moxon's work has already proven crucial in Elliott's recovery and the teenager - now discharged from hospital - posted a message on Instagram to assure supporters he was on the mend following the incident.

"Thank you so much to everyone who has reached out or sent messages to me and my family, it means so much to us. Also a massive thanks to everyone inside Elland Road for the reception you gave me immediately after it happened.

"I am now fully focused on my recovery and will give everything in my rehabilitation to be back out there as soon as I can. I know I have an incredible support network behind me at Liverpool and together we will get through this."

He added: "To all of the Liverpool fans, your support means the world to me. I’m one of you and I can’t wait to be back faster, fitter and stronger to help the team in the future.

Jurgen Klopp was visibly devastated in his post-match interview, struggling to find the words he was looking for.

"It is a bad injury. Ankle. I heard it was dislocated and we could put it back, he's now in hospital," an emotional Klopp said. "He played an incredible game, an incredible player.

"Now he's out. Do I want such a young boy to have this experience so early in his career? No."

"We will play without him but we will wait for him. He's a top top player. I saw the situation, I saw his foot not in the right place, that's why we were shocked. That's it.

"Nothing important [to referee]. I am not sure it's the right moment to speak about this kind of things. It wasn't important, really."