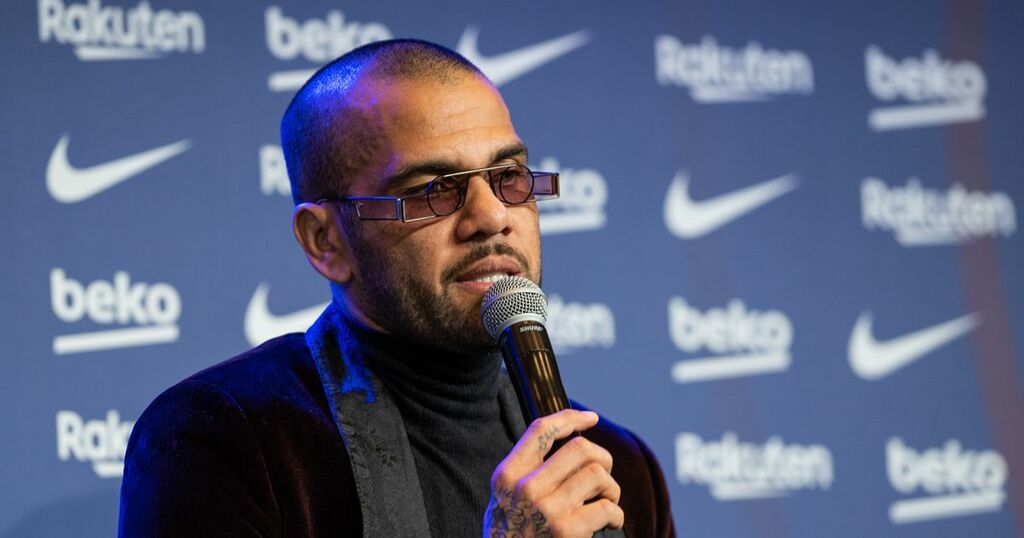 Dani Alves is back at Barcelona having returned to the club this January transfer window after five-and-a-half years away.

No active footballer is more decorated than the full-back, who has accumulated an incredible 44 trophies throughout his illustrious career.

Of that trophy haul, 23 arrived during his first stint at the Camp Nou where he won six La Liga titles and three Champions League crowns across a glorious eight-year stint.

The Brazilian joined the Catalan giants in the summer of 2008 from Sevilla, but it could all have been so different for the star – as multiple other transfers broke down for him prior to that.

Two years prior to his £30million switch to Barca, Liverpool saw a £7m offer for the player rejected – as they refused to pay the extra £1m of Sevilla’s valuation at the time.

Have Your Say! Was missing out on Dani Alves Liverpool’s biggest transfer regret this century? Tell us what you think here.

Then aged 23, Alves was represented by the agent Jose Rodriguez, who spoke to Liverpool as his client was keen on a move to Anfield.

Rodriguez said at the time: "Daniel is happy where he is but he wants to improve like anyone else.

"I do not want to say he does not want to stay at Sevilla but it is clear he is attracted by a move to Liverpool."

Sevilla president Jose Maria del Nido confirmed at the time that Liverpool had made an offer for the player but were not meeting their valuation of Alves.

"He has let us know the offer from Liverpool is the most important. But he has not put pressure on us and we don't have a harsh relationship with him.

"Liverpool have not yet made us an offer which is acceptable. Until they meet our asking price, there's no deal."

It was a busy summer transfer window for the Reds but they failed to land Alves, not increasing their offer to £8m – a move which in hindsight was one of their biggest errors in recent times.

Instead, Liverpool signed Alvaro Arbeloa from Real Madrid that summer in the right-back position while sanctioning an £8million spend on winger Jermaine Pennant and £16million on Dirk Kuyt.

The following summer, Chelsea saw multiple approaches for Alves rejected by Sevilla – with the Brazilian frustrated about there not being an agreement reach over his future.

Alves claimed he ‘could not turn down’ such an opportunity and publicly spoke of his dismay at how Sevilla president Del Nido had handled the situation.

Chelsea believed they had agreed a £21.5million deal for Alves, who even began telling close friends and teammates he would be playing at Stamford Bridge that season, having agreed personal terms in a landmark deal worth a reported £4.5m per annum.

Sevilla's high-profile director Jose Maria Cruz - responsible for concluding the fine details after negotiations were concluded - simultaneously met with Chelsea representatives in Madrid to complete the details on a deal.

Yet Sevilla president Del Nido had been publicly stating he had rejected all offers for the player and to save face in the incident – hiked the valuation to £30million, a move which caused Chelsea to pull the plug on a deal.

Years later Alves has explained to ESPN, as per Marca : "I was very close to signing for other clubs and there was Real Madrid, but fate got in the way.

"And we know that my story would be made in Barcelona, as I had dreamed of as a child.

"And you must make dreams come true, not nightmares."

It had already been revealed how Alves had been linked with a move to the Reds but nobody knew just how close such a move was.

Alves then explained to Four Four Two : "I pretty much had an agreement with Liverpool.

"But for whatever reason it didn't happen at the last moment and I really don't know why, as I wasn't the one conducting the negotiations.

"I had other people representing me back then.

"Something similar happened later in my career with Chelsea and Real Madrid.

"Of course, it all worked out happily for the Cules [Barcelona supporters] in the end, and also for me as I was able to write an amazing story at the Camp Nou instead."

Failing to sign Alves did not immediately have a negative impact at Liverpool, who reached the 2007 Champions League final while mounting a Premier League title challenge in 2009.

Yet their continued near shortcomings in Europe’s elite became a recurring theme before a decline of results set in during 2010, which heralded Rafael Benitez’s departure.

The past 15 years of European football may have had a very different story if Alves – recognised as the greatest full-back this century – had moved to Anfield rather than the Camp Nou.