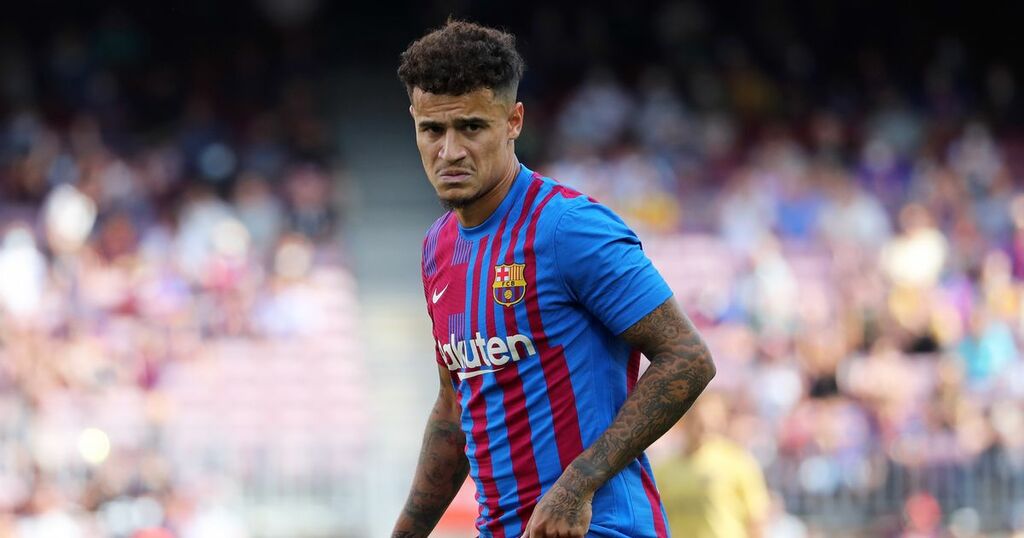 The financial situation at Spanish giants Barcelona has been well documented over the last year as the club struggles through a financial crisis.

On Wednesday, the club reported record breaking losses of £410million for the 2020/21 campaign.

That confirmation came less than two months after the club president Joan Laporta confirmed that the overall debt stands at a whopping £1.15billion – a rise of £170million from January, as the Mirror reports.

Last week, La Liga confirmed that Barca’s salary cap for the season was a relatively paltry £84million - a staggering fall of £212million from the previous campaign, and less than six other clubs in Spain’s top-flight.

The latest set of reports showed a decline in income from last season which helped to explain the huge losses incurred at the club.

The report also detailed how the Catalan giants still owe a whopping €115million (£98m) in back payments for previous transfers.

The three most notable outstanding payments are the €39million owed to Juventus for Miralem Pjanic, €32m to Ajax for Frenkie de Jong and a further €16m to the Dutch club for defender Sergino Dest.

There is another notable name for whom the club still owe €13million (£11m) in a transfer fee for – Philippe Coutinho.

The Brazilian playmaker completed his transfer from Liverpool to the Camp Nou in January 2018 for a reported fee of £142million.

Few deals have been as convoluted as the move for Coutinho, which was spread across multiple payments, objectives and potential performance-related add-ons.

Liverpool were paid £4.4million for every 15 appearances the former Inter player made with Barca, ending with his 90th appearance for the club last season.

Yet how much the Reds have actually received from the deal remains somewhat of a mystery, as they sold the rights for the potential add-ons to a third company.

Barca’s accounts show that whilst the transfer fee to Coutinho is still outstanding and they still have money to pay for the player, Liverpool have already received their full entitlement of cash.

Football finance expert Kieran Maguire, a senior lecturer at the University of Liverpool, has previously explained: "It is fairly common to have these things done in business.

"Barcelona still technically owe the money to Liverpool, that is why is shows up as such in the accounts, but what happens is that the money is paid and Liverpool then send that on to the third party who has bought the debt.

"Liverpool have received all the money owed for Coutinho, but Barcelona have not yet paid it all."

Liverpool’s reasoning for cashing-in would be a guaranteed upfront payment, which was used to fund moves for the likes of Virgil van Dijk, Alisson Becker and Fabinho in 2018 – the year in which Coutinho was sold.

It was a move that also saw the Reds negotiate a deal with Barca that forbade the Catalan club for making any approaches to sign their players until 2020 – an agreement which has now expired.

All outstanding payments for Coutinho – and those dating back until at least 2019 – were made from Barca to the third company who bought the rights from Liverpool.

Coutinho – who was Barcelona’s record club signing – struggled to settle in at the Blaugrana and spent the 2019-20 campaign on loan at Bayern Munich.