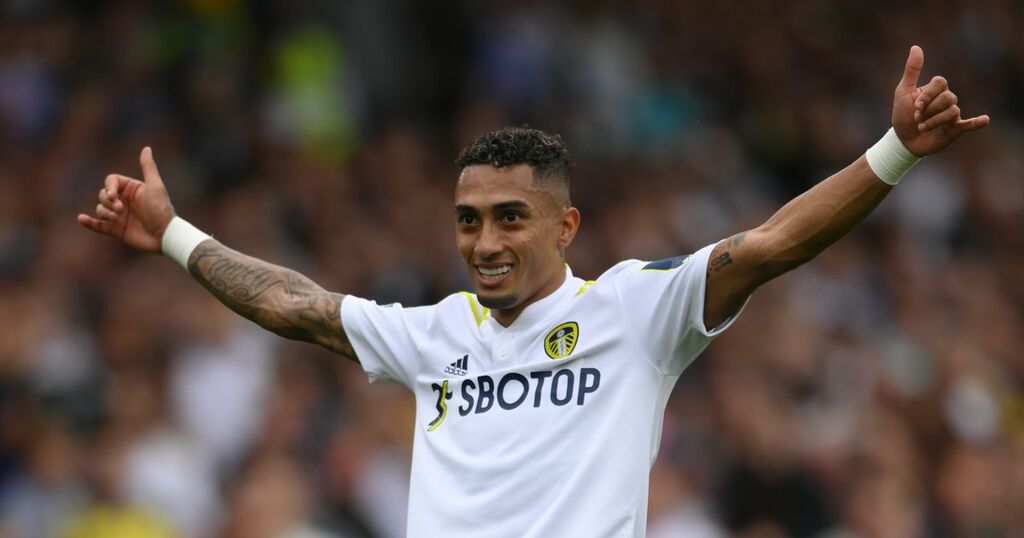 The agent of Leeds United forward Raphinha has claimed that Liverpool do hold an interest in the player.

The Reds were extensively linked with the Brazilian throughout the summer transfer window, as were arch rivals Manchester United.

Raphinha moved to Leeds from French club Rennes in 2020 in a £17m deal, and has certainly caught the eye with his performances.

The 24-year-old has been a star player for Marcelo Bielsa’s side since his arrival, so much so that it has seen him linked with a move to Anfield.

After Raphinha’s debut season at Elland Road, he began being linked with a move to Liverpool.

EXCLUSIVE: Ian Rush reveals to the ECHO what Mohamed Salah has told him about his Liverpool future

His agent, former Barcelona and Chelsea star Deco, has claimed that the Reds did indeed make an enquiry about Raphinha.

However, Deco went on to say that no official approaches were made by Liverpool, but hinted that a future transfer could be on the cards.

“Raphinha became an important player in the Premier League, the club knows he has grown and things will happen naturally,” Deco is quoted telling Globo Esporte .

“He is young, he has many challenges ahead, there are certainly several clubs that like him, and Liverpool do like him, there were approaches, but nothing official.

“Leeds wanted to keep him for another season.”

Raphinha is in his second season in England, and Man United joined Liverpool in being linked with a move for the Brazilian.

Deco went on to say that his client will envisage taking the next step in his career, but did not specify which club or league that is likely to be.

“Raphinha has a market, and Leeds have high expectations, it was never a project in a hurry,” said Deco.

“He has ambitions to play at a higher level despite Leeds being in the Premier League.

"But this is not the time and his focus, things will happen naturally.

“Raphinha is happy at Leeds and for sure the time will come to take the biggest leap in his career, to take a step forward.

“He has a three-year contract, but it’s not the contract that defines the length of stay or prevents a transfer.

“Leeds are aware, they’ll want to make an important sale, and Raphinha will end up growing in his career.”