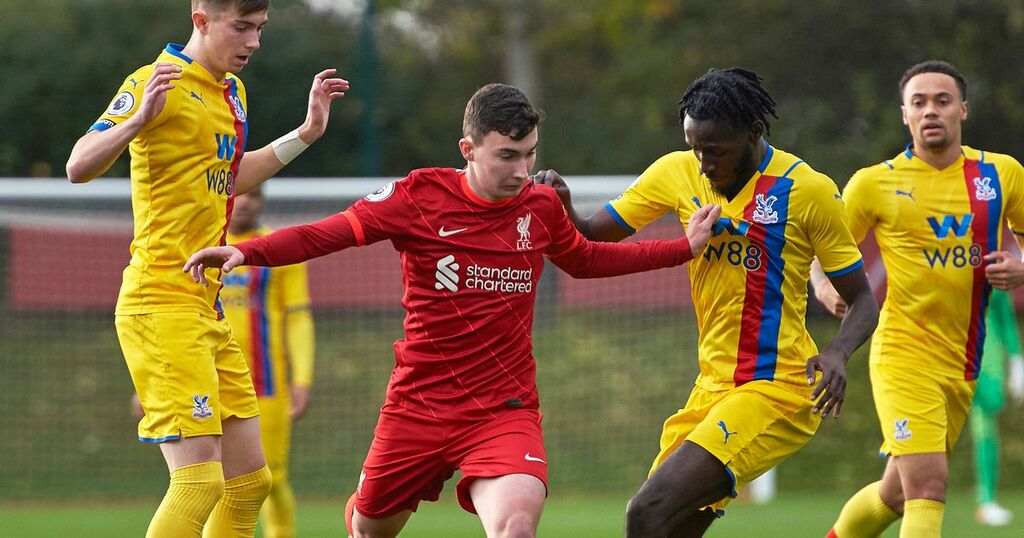 With six graduates on the first-team bench and Trent Alexander-Arnold underlining why he remains the role model for the next Liverpool generation, there was much reason for pride at the Academy on Saturday.

But hours before Jurgen Klopp's Reds routinely dismissed Arsenal came a tough afternoon for those who had stayed behind at Kirkby.

A young under-23 side were beaten 3-0 by Crystal Palace as their struggles in the Premier League 2 continued.

With Kaide Gordon, Conor Bradley, Tyler Morton and Owen Beck having been called up for senior duty, further absences meant Barry Lewtas had only 14 available players.

And the U23s coach admits: "It was a difficult afternoon. We can't give away cheap penalties as we did for the second goal, their third goal was comical really and another day the first goal could have been a high foot and shouldn't have happened.

"I've told the lads we have to be a little bit tougher to beat in certain moments of the game.

"There wasn't much between the teams but we didn't create enough. We are being guilty of naivety and a little bit of inexperience."

With so few options, several Liverpool players were forced into unaccustomed positions with Mateusz Musialowski on the right flank and Jarell Quansah at right-back.

"We only had two outfield subs, so making changes is difficult," says Lewtas. "Sometimes the bench can change things but we only had two central midfielders on the bench.

"But that's our situation we have to deal with. The real beauty is the lads were with the first team and that's what the job is about, getting them there.

"My job, though, isn't to forget about the other lads who were playing here."

Lewtas adds: "It's an opportunity sometimes to show versatility. For Jarell, Joe Gomez has played right-back plenty of times in the past and Jarell trained with first team on Friday.

"It's a chance to do something different. But we are plugging gaps, there's no hiding that."

Liverpool are hopeful Stefan Bajcetic, the 17-year-old centre-back employed in defensive midfield on his second U23s appearance, will avoid a lengthy spell on the sidelines after being taken off injured in the second half following a heavy challenge.