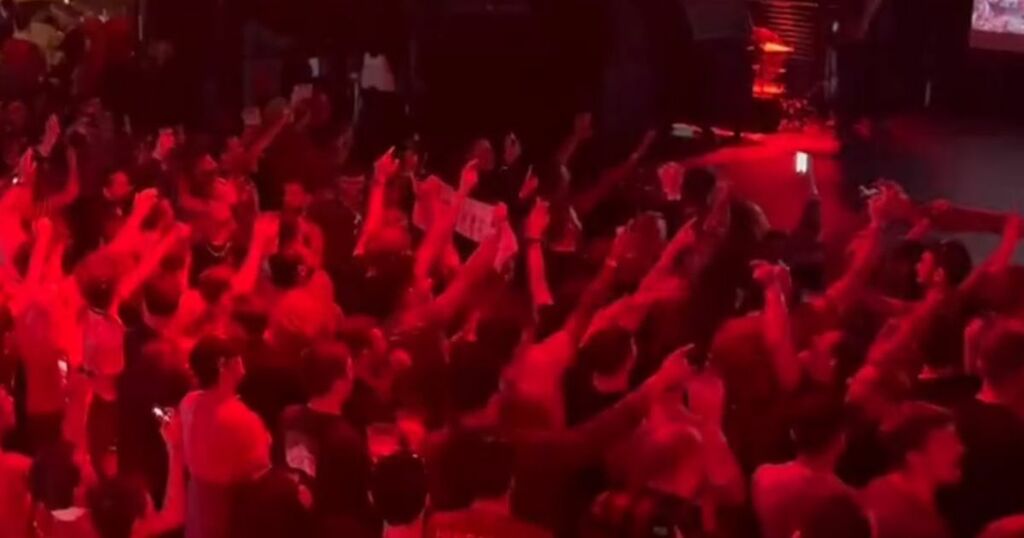 Fans celebrated in the city centre

Hundreds of Liverpool fans packed out Concert Square ahead of the FA Cup final this afternoon.

Groups were heard singing and chanting from as early as midday before kick off. Groups were seen dancing along with the music before interrupting the music with LFC chants about Mo Salah, Divock Origi and Roberto Firmino.

The city centre was turned red with a sea of Liverpool shirts, flags and banners. Many were also dressed up for the occasion with one stag party wearing LFC shirts while forcing their friend to wear a Chelsea kit for the entire day.

Fans were in great spirits as they partied in the sunshine. One supporter told the ECHO: “The sun is shining on Liverpool today, it can only go our way now.”

Mathew Street was also packed out with chanting coming from every bar. Every venue in the city that can show the match today is flooded with supporters.

Around one thousand fans also piled into Camp and Furnace in the Baltic Triangle to watch the match. A sea of red exploded at the Greenland Street venue today as fans who weren't able to go to Wembley gathered to watch the match.

Just 10 minutes before kick off, the venue erupted into singing as fans sang the Red's anthem You'll Never Walk Alone.

Fans celebrated in the city centre