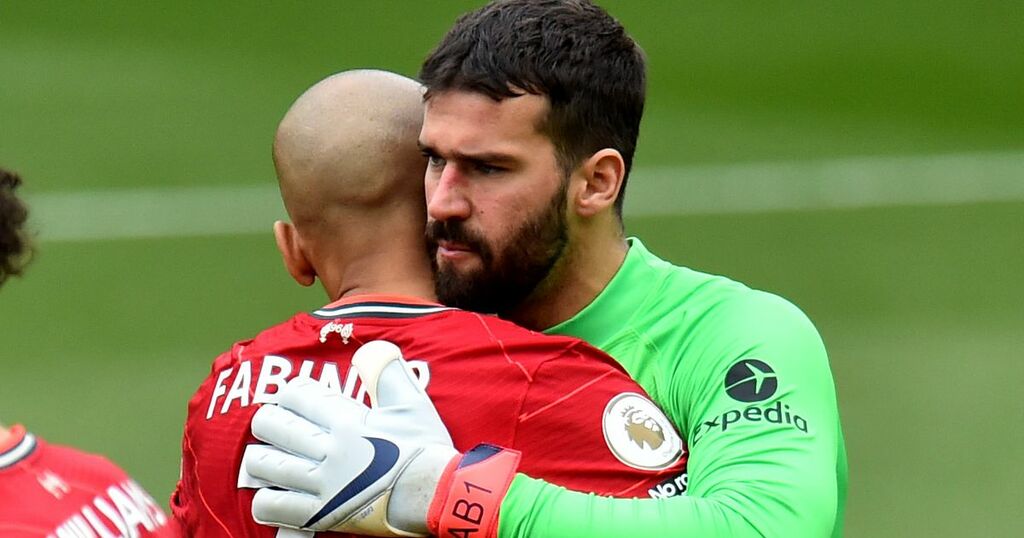 Liverpool are likely to join the rest of the Premier League on further collision course with the Brazilian FA as the club versus country row rumbles on.

The Reds refused to release Brazil trio Alisson Becker, Fabinho and Roberto Firmino for the current international break due to coronavirus quarantine rules imposed by the UK Government.

The Brazilian FA are now considering whether to ask FIFA to invoke the five-day rule which sees players who fail to link up for national team duty then banned for a brief period from featuring for their clubs.

But reports in Brazil have indicated that will not deter national team coach Tite from once again calling up the Liverpool trio and the remainder of his English-based internationals when naming his squad on September 17 for the next round of World Cup qualifiers in in October.

And that could lead to the possibility of Alisson, Fabinho and Firmino potentially missing more Liverpool games should the current quarantine restrictions be in place and the Reds stick to their policy of preventing the players from joining up.

With Brazil's final match of the ongoing break taking place in the early hours of Friday morning UK time, the imposition of FIFA's five-day rule would mean Alisson and Fabinho miss the Premier League trip to Leeds United on Sunday but be available for the Champions League group opener at home to AC Milan next Wednesday.

Firmino is expected to be absent from both games regardless due to the hamstring injury he suffered against Chelsea on August 28.

Brazil have a triple-header of World Cup qualifiers in October that concludes with a home game against Uruguay in the early hours of Friday, October 15 UK time.

And should the five-day rule be imposed, it would mean Alisson, Fabinho and Firmino would all miss the Premier League trip to Watford the following day and the Champions League group game at Atletico Madrid three days later.

The situation is of course also dependent on the latest Government travel restrictions and quarantine rules, adding further uncertainty to an already complex and ever-changing situation.