Liverpool could complete £171m squad overhaul for nothing next summer 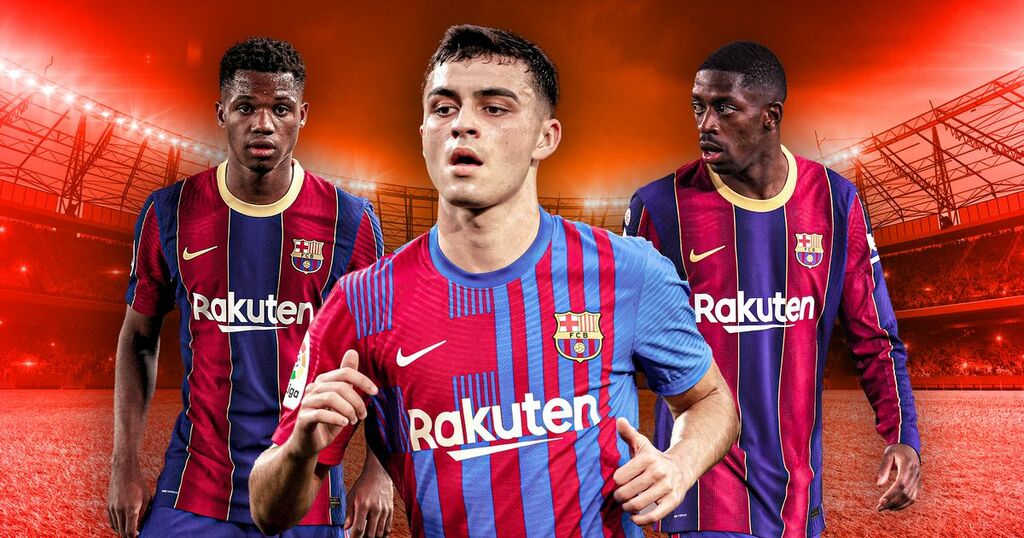 Having seen Harvey Elliott and Takumi Miniamino join Roberto Firmino and James Milner on Liverpool’s injury list during the September international break, aggrieved Reds fans could be forgiven for suffering from a case of the ‘I told you sos’.

Just three games into the new season and Jurgen Klopp is already potentially without the services of two of his forwards and two of his midfielders as he prepares his side for a trip to Leeds United on Sunday.

In a summer which saw Liverpool only bring in £36m centre-back Ibrahima Konate, this is what fans feared most.

They begged and pleaded with FSG day after day to invest in Klopp’s squad and recruit a new midfielder and forward, having been left anxious by Man City’s £100m signing of Jack Grealish, Romelu Lukaku’s £97.5m return to Chelsea and Manchester United’s £120m treble swoop for Jadon Sancho, Raphael Varane and Cristiano Ronaldo.

Whatever the reason, whether it be lack of funds, an overstocked squad or complete faith in the Reds’ current players, Konate remained Liverpool’s only new summer signing as the club instead prioritised tying down a number of senior players to new and improved long-term deals.

Whether the Reds will end up regretting their decision not to strengthen further comes May remains to be seen, but regardless of the severity of any injury, supporter frustration will not be silenced.

And that’s without addressing Mohamed Salah and Sadio Mane ’s looming mid-season departure to the Africa Cup of Nations in January.

Possessing an ageing squad at Anfield, it is clear that Liverpool will need to make big changes sooner rather than later with new contracts for the likes of Virgil van Dijk, Jordan Henderson and Trent Alexander-Arnold merely a base to build their next great side from.

But Klopp remains adamant his squad does not need an overhaul despite what Reds critics might think.

"What is a ‘rebuild’ exactly?" the German queried with reporters back in February. "A rebuild means ten out ten in? Changes to which XI?

"I know what you mean, but I don’t think it is time for a massive rebuild like how I understand it, [which is] six or seven out, running contracts, but trying to get rid of them and bring in all the new faces.

"The squad of this year didn’t have the chance to play together one time really. I think it would make sense to have a look at that but on top of that of course little readjustments will happen.

"Reacting on the situation but planning at the same time for the future and all these kinds of things. I am not sure we can do that in the summer but that is what we will try."

In truth, that is exactly what Liverpool did this summer. Scarred by last year’s centre-back injury crisis, they reacted to the situation by signing Konate. Planning for the future, they tied down the aforementioned senior trio along with Alisson, Fabinho, Andy Robertson, Caoimhin Kelleher, Rhys Williams, Nat Phillips and Elliott.

But they will lose senior players along the way with Milner and Divock Origi, whose contracts expire next summer, and the likes of Firmino, Naby Keita and Alex Oxlade-Chamberlain, who have now entered the final two years of their respective deals along with Salah and Mane, those most at risk of falling by the wayside.

Liverpool find themselves in a precarious position as a result with it more than likely that any such players they move on will either depart for nothing at the end of their deals or be sold at a loss given their expiring contract status.

As such, it could prove difficult for the Reds to raise enough funds to re-invest significantly in their playing squad at a time where they are already trailing Man City, Chelsea and Manchester United in terms of what they can afford to spend.

Yet Lionel Messi’s free transfer to Paris Saint-Germain this summer, along with Kylian Mbappe’s expected move to Real Madrid at the end of his own deal next year and Ronaldo’s cut-price return to Old Trafford ahead of the final year of his contract demonstrate how Liverpool could take advantage of a changing market.

Now the Reds will never be able to afford the wages that any of this golden trio demand, as demonstrated by the scoffed response to suggestions Salah was asking for £500k a week to stay put, with their reported paycheques said to be roughly double that of Liverpool’s highest earners.

But with clubs on the continent suffering the same dilemmas as the Reds when it comes to strengthening their squads in the midst of a global health pandemic, Liverpool could actually be able to rebuild their side without parting with a single transfer fee next summer.

Klopp has rarely used the would-be free agent market during his time at Anfield, with Joel Matip the only player the Reds have recruited via a pre-contract agreement ahead of a summer move.

But that could be about to change, and it’s all thanks to Barcelona.

The La Liga giants’ financial woes are well-known, as demonstrated by Messi’s departure after the Catalans were forced to concede defeat in their efforts to hand him a new contract due to divisional salary cap rules.

And the Argentine wasn’t the only big-name departure in an unprecedented summer which saw them desperately attempt to lower their wage-bill.

Limited to signing free agents and loanees, Sergio Aguero, Eric Garcia and Memphis Depay all signed for nothing as Yusuf Demir and Luuk de Jong joined on loan with Emerson Royal the only player they spent a transfer fee on.

Yet the full-back was sold to Tottenham Hotspur at a profit two months later as he joined the Barca firesale, following the likes of Jean-Clair Todibo, Junior Firpo an Ilaix Moriba in making permanent departures while Miralem Pjanic and Antoine Griezmann left on loan.

And Barcelona can’t be done there with the likes of former Liverpool man Philippe Coutinho still needing to be moved on.

Where once they boasted front threes which contained Samuel Eto’o, Ronaldinho and Thierry Henry and Messi, Suarez and Neymar, now they have Newcastle United flop De Jong and Middlesbrough flop Martin Braithwaite.

They are not the continental powerhouse they once were and soon might not get to be so choosey when it comes deciding which players to sacrifice should their plight continue.

Ansu Fati is the latest jewel of the La Masia academy crown while Pedri has been a revelation for both club and country since his breakthrough season last year, yet the two 18 year olds are both out of contract in 2022, along with long-term reported Klopp target Ousmane Dembele.

Reports suggest Barcelona are keen to retain the trio’s services, with their homegrown duo a top priority, but they were desperate to keep hold of Messi too.

Currently valued at £72m, £54m and £45m by Transfermarkt respectively, such figures are only going to decrease the closer they get to January without signing new terms, when they will become free to talk to overseas clubs.

While the Catalans might want to keep the trio, how keen they are to stay at a club in decline remains to be seen while Barcelona’s hand might be forced should any side make them an offer in January.

And it’s here where Liverpool could take advantage by reacting to the situation and planning for their own future.

Pedri and Fati have the potential to be generational talents and would fall in line with the Reds’ preference to sign players before they reach their peak years as they look to improve together, at a time when their paycheques are nowhere near the exorbitant heights of a Messi, Ronaldo or Mbappe.

Meanwhile, Dembele is still only 24 and while his reported wage is said to be on par with some of Liverpool’s highest earners, would still be obtainable following years of speculative interest from the Reds.

Liverpool are very much opportunists in the transfer market and will move for a player if it’s a deal they simply can’t say no to.

As Klopp said last month: “If the one player who is really the one who could improve all the things we have spoken out, we would go for him, I promise, if we would see him.”

Well Pedri, Fati and Dembele would all provide just that.

With the Reds’ front line and midfield the positions in need of a forward-thinking overhaul, the trio would definitely be long-term solutions to Liverpool’s debated need for a squad rebuild.

Barcelona would loathe to lose them but, as this summer has proven, might not end up having much choice. Having lured Suarez, Coutinho and Javier Mascherano away from Anfield in recent years, now they could be about to get a taste of their own medicine.

And if Pedri, Fati and Dembele do remain out of contract next summer, or even available at a cut-price fee in January, it is an opportunity the Reds simply can’t afford to ignore with the possibility of completing a squad overhaul without parting with a single transfer fee very much within Liverpool’s grasp.