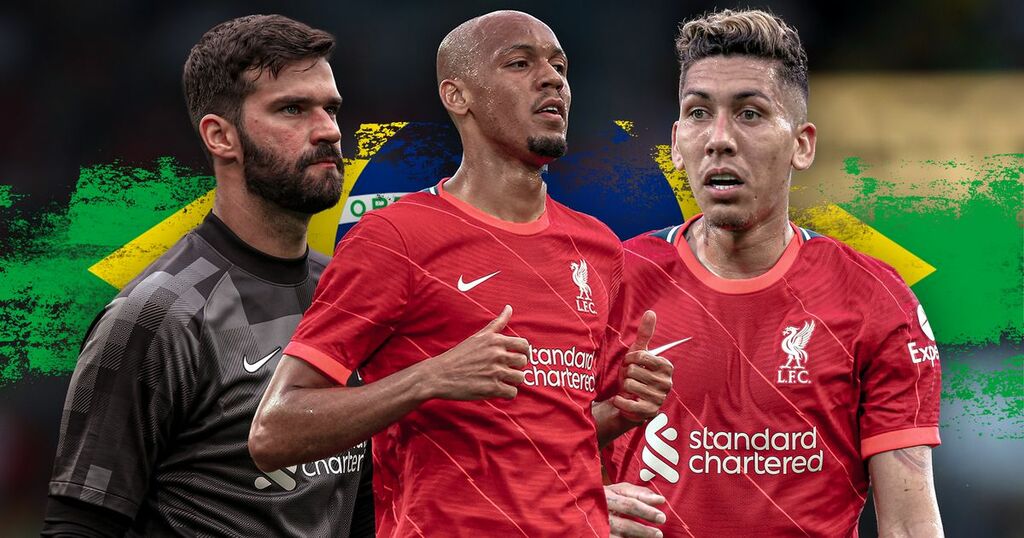 Liverpool could be without a number of senior stars for future fixtures, including their Champions League trip to Atletico Madrid, if a resolution is not found in the Premier League’s ongoing clash with the Brazilian FA.

The Reds are currently one of a number of English top-flight sides set to be without their Brazilian internationals this weekend after the Selecao invoked FIFA’s ‘five-day rule’ following Premier League sides’ refusal to release their players due to Brazil’s current red list country status and subsequent coronavirus quarantine rules imposed by the UK government.

FIFA have reluctantly opted into this action at the Brazilian FA’s insistence that it be invoked, though the Premier League remain in discussions and are currently looking to find a resolution, with the affected clubs, including Liverpool, contesting such a ruling given the unprecedented circumstances which prevented players from being able to travel and report for national team duty without needing to quarantine in a hotel for 10 days upon their return to English soil.

With FIFA having unsuccessfully lobbied the government for the affected players to be exempted from quarantine, it sets a bad precedent moving forwards with the current covid travel restrictions in place if a compromise cannot be reached, with a number of players at risk of having to sit out future matches if their respective nations opted to invoke FIFA’s ‘five-day rule’.

Brazil currently have three matches scheduled for the October international break, before double-headers in November and January/February with all seven fixtures scheduled to take place in current red-listed countries.

The Selecao are currently due to travel to Venezuela on October 7 before a trip to Colombia on October 10, while they will then host Uruguay on October 14.

If a resolution cannot be reached and all current UK travel rules and restrictions remain the same, Premier League clubs would again have to block their players from being called up if they didn’t want them to undergo a 10-day quarantine in a hotel upon their return.

As such, Jurgen Klopp faces the risk of being without the services of Alisson, Fabinho and Roberto Firmino for their trips to Watford on October 16 and Atletico Madrid on October 19.

The Reds’ first fixture after the November international break is against Arsenal on November 20, though such matches have not yet been chosen for TV coverage.

As a result, while Brazilian players would currently miss their respective sides’ Premier League fixtures this weekend, any players involved in a potential Monday night kick-off on November 22 could hypothetically dodge being affected by the ‘five-day rule’.

Meanwhile, Brazil are due to travel to Ecuador on January 27 before hosting Paraguay on February 1 in the rearranged January and February international break.

As such, if Liverpool reached this stage of the competition, travel rules and restrictions remained in place and Brazil again invoked the ‘five-day rule’, the Reds would again be without Alisson, Fabinho and Firmino for their fourth round fixture, with their home clash with Leicester City on Wednesday 9 February making it highly unlikely their FA Cup fixture would be contested outside the five-day window on Monday 7 February.

But it’s not just the Brazilians who would be affected, with Mohamed Salah also at risk of being blocked from accepting an international call-up in November.

Egypt is currently a red-listed country with the Reds blocking the forward from playing in last week's home victory over Angola as a result. However, he was free to play in the Pharaohs’ away clash with Gabon on Sunday due to their amber-listed status.

It’ll be a similar situation for Salah and Egypt next month when they host Libya on October before before playing the returning fixture on October 10, with the forward unable to play in the first match in his home country but free to play away from home in Libya as things stand if Liverpool's stance and current UK travel rules and restrictions remain the same.

However, Egypt travel to Angola on November 11, which is also a red-listed country before hosting Gabon on November 14, with the 29-year-old set to miss out on both fixtures as things stand.

Given the Reds blocked Salah’s call-up to take part in the Olympics last month as well as from entering Egypt for their home clash with Angola, it would not be a surprise if the Egyptian FA also decided to invoke FIFA’s ‘five-day rule’ come November should Liverpool resist him being called up.

Yet such a decision would highly-likely prove futile depending on when the Reds’ home clash with Arsenal is scheduled to take place. If it remains on Saturday 20 November or is opted for TV coverage on Sunday or Monday, it falls outside of the five days after Egypt’s meeting with Gabon, with matches rarely scheduled for Fridays after international breaks.

Meanwhile, Virgil van Dijk, Kostas Tsimikas, Naby Keita, Sadio Mane and Takumi Minamino are all currently set to be blocked from taking part in fixtures scheduled to take place in red-list countries unless a compromise is met and the UK Government grant an exception.

However, the quintet will not be blocked call-ups altogether as, like Salah in September, their respective nations’ other fixtures during the affected windows take place in green or amber-listed countries.

Van Dijk would currently not be allowed to play for the Netherlands in Montenegro on November 13, but would be eligible for their home meeting with Norway in Amsterdam on November 16, while Tsimikas would be blocked from entering Georgia on October 9 before playing free to play for Greece in Sweden in October 12.

Elsewhere, Keita can't play for Guinea in Sudan on October 6 while Mane won't be able to play for Senegal in Namibia on October 10 as things stand, while Minamino will be blocked from representing Japan in Oman on November 16.

But should Guinea, Senegal or Vietnam, the countries where their other international fixtures are scheduled to take place, be placed on the red-list, they too would find themselves in a scenario where their respective international FAs could invoke FIFA’s ‘five-day rule’.

What are your thoughts on the current situation? Let us know in the comments below.

Meanwhile, while Japan is currently on the amber list, they are reportedly considering relinquishing hosting the FIFA Club World Cup in December due to rising coronavirus cases, having just hosted the Olympics, with the Japanese Formula 1 GP already being cancelled as a result, suggesting their status could be upgraded in the future.

And Cameroon too find themselves on the amber list ahead of hosting the Africa Cup of Nations in January, but if they found themselves placed on the red list before then and the UK government maintained quarantine rules, it would cause a whole new headache for Premier League sides and their African players if Brazil's invoking of the 'five-day rule' is upheld.

The UK government are currently set to revise travel rules for October with reports suggesting that the traffic light system could be scrapped but red-list statuses will remain in place, with the aforementioned scenarios highlighting the delicate nature of this unprecedented Premier League vs country row and why a compromise needs to be found with the Brazilian FA to avoid such an ugly spat happening again.

Otherwise, Liverpool and the rest of the Premier League might just have to get used to finding the ‘five-day rule’ invoked against them in the months ahead.