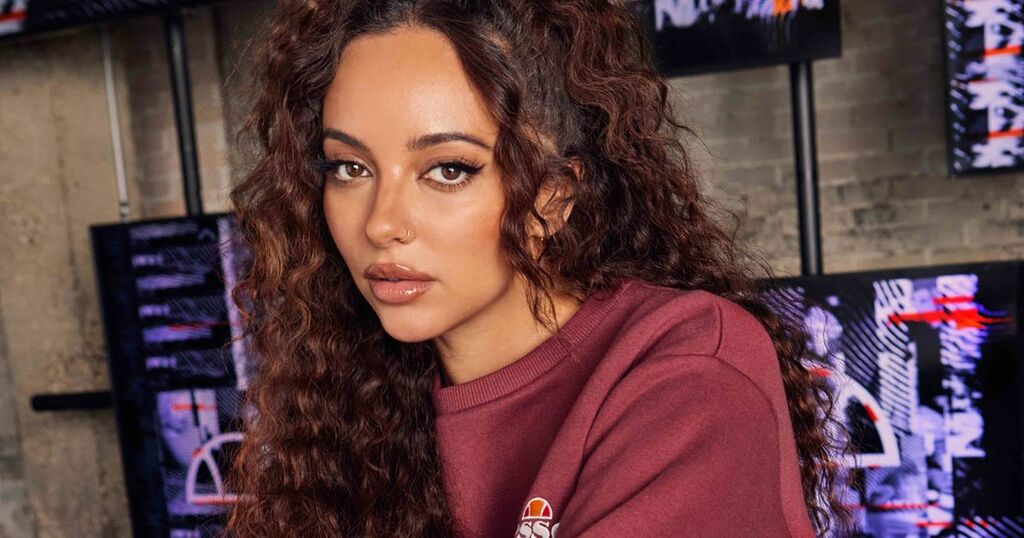 Jade Thirlwall has become the new face of sports brand Ellesse as she has become an ambassador and is releasing her own line with them.

The Little Mix star, 28 has released an Autumn/Winter 2021 collection with the sports brand which can now be bought online.

The line became available to buy yesterday but other more exclusive items will be available from ASOS and JD Sports.

Bold and bright patterns are in the collection including a purple trouser set and more monochrome simple pieces.

One of the sets features purple patterned flared trousers paired with a crop top with the Ellesse logo on and another miniature long sleeved mesh top over the top of it which matched the pattern on the trousers.

Talking about her new sports collections Jade said: "I’m so excited to be working with Ellesse, there’s a whole mix of products that can be worn either as loungewear or to style up and wear for other occasions.

"It’s all super comfy too, which is my absolute go to at the moment!"

Jade took to her Instagram account, where she has eight million followers to show off how the purple outfit in her collection looked.

She captioned the photos: "I’m super excited to announce that I am the new face of @ellesseuk.

"Can’t wait for you guys to see the full collection coming soon."

Her Little Mix colleague Leigh-Anne Pinnock posted a comment in support which said: "I'll take it all please lol."

The brand responsible for the collection Ellesse also commented three fire emojis in support of the star.

Some of the from the collection include the an off-white padded coat (£75), the burgundy tracksuit (top £40 bottoms £35) burgundy camouflage boot-cut styled leggings (£22) and the beige, long sleeved cut-out top (£28).

Jade recently revealed that she would be staying on a separate hotel floor when the band start touring again due to her band mates Perrie and Leigh-Anne both having their babies recently.

Whilst being interviewed by Lorraine Kelly, Jade said: 'I'm very excited to be an auntie again…

"Although I'll definitely be on a different floor of the hotel."