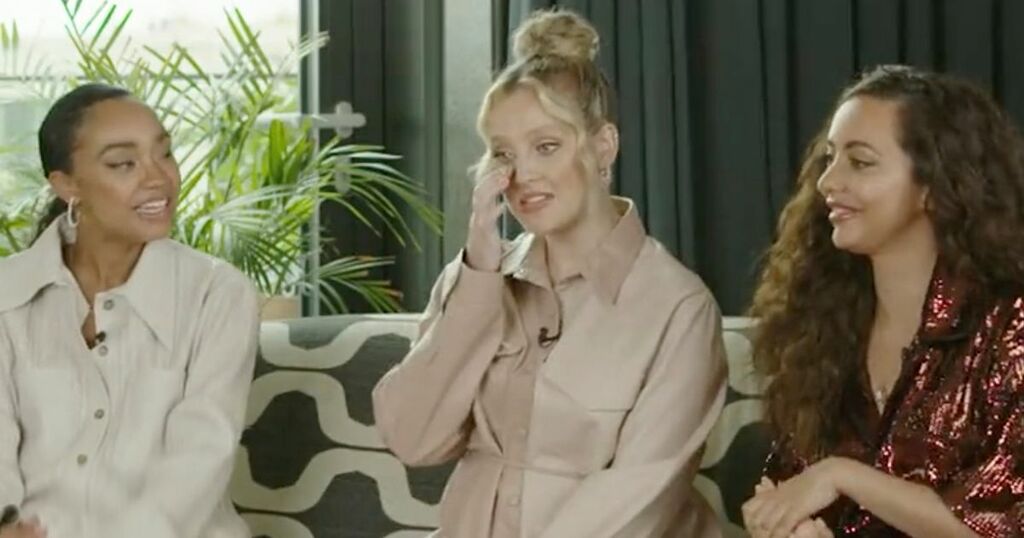 Both Perrie and Leigh-Anne recently became mothers to their newborn children with their respective partners, Alex Oxlade-Chamberlain and Andre Gray.

In their chat with Lorraine recorded before becoming mothers, the ladies chatted about the band and also their personal journeys.

Speaking of her pregnancy, Leigh-Anne revealed her thoughts on being pregnant at the same time as Perrie.

"It’s just nice to do it together and just share this experience," said Leigh-Anne, "it’s just so beautiful and obviously Jade’s been helping us out… She’s been cracking the whip for us!"

Perrie added: “Jade’s been amazing. She’s been going first and finishing last, so we can get a bit more time at home.”

Jade noted: “I’m very excited to be an auntie again… Although I’ll definitely be on a different floor of the hotel [on tour]!"

However, Jade also praised her co-stars, stating: “Can I just say, they’re smashing it! We’ve been working so hard recently, I don’t know how they’ve done it? They’re goddesses.”

Perrie explained: “It’s because we know we’re in it together. When one of us is in pain because our ankles are swelling, the other one is like, ‘Mine too!’"

A cheeky Jade also commented: "Don’t worry, I’ve been joining in too - ‘Oh, my ankles have been hurting as well, it’s so hard!’”

The band also reflected on their ten years in the music business and also how Lorraine had been one of their first interviews as a band.

Leigh-Anne and Perrie also discussed what it would be like to be mothers and also work on their long-awaited tour.

Perrie revealed: “We’ve been planning it, we’re figuring out how to do it.

"I’m just apologising to my mum in advance because she is going to have her hands full… She actually can’t wait! I wouldn’t have it any other way."

Leigh-Anne also noted that their partners "better be" getting involved in the childcare as well.

Perrie added: “They thought they were having the babies when we were on tour! That’s lovely, so sweet but we were like, ‘No, they’ll probably have to come.’"

However, each of the then-expectant mothers revealed their partners' excitement and support.

The ladies have also been planning their tour and song choices which can prove difficult balancing the old hits such as "Wings" with their newer tracks.

Perrie and Leigh-Anne confirmed that they would be taking maternity leave until the band preps for their tour to kick off in April 2022.

Towards the end of the interview, Lorraine advised the girls on how to approach this time of fresh motherhood.

Lorraine commented: "Enjoy every nanosecond, it’s the best possible thing that will ever happen to you. Even more than a handful of Brits!"

*Lorraine airs on weekday mornings at 9am on ITV and ITV Hub.