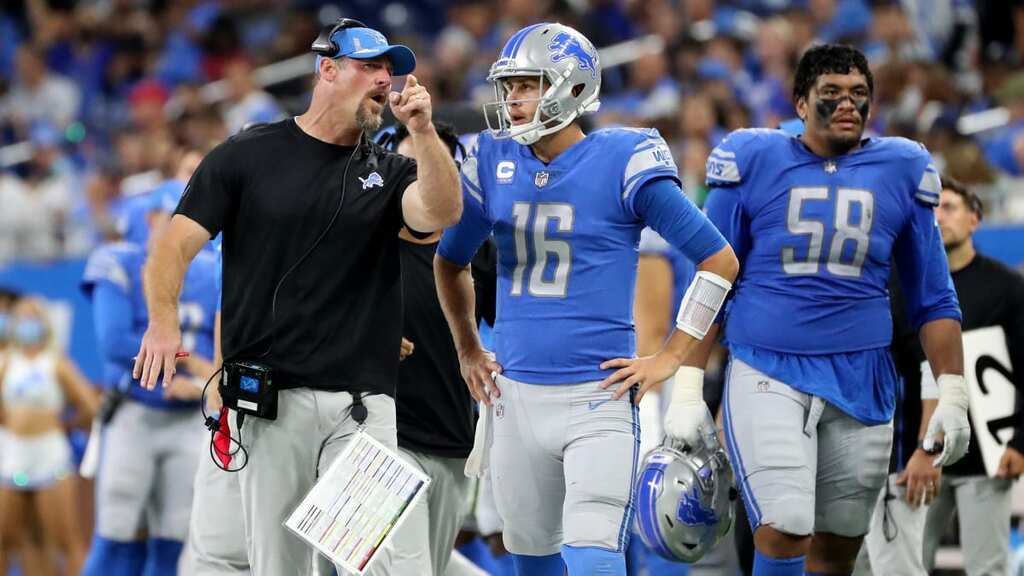 The Dan Campbell era in Detroit got off to a predictably difficult start on Sunday, with the 49ers holding a 41-17 lead as the clock ticked below 10 minutes left in regulation. But when the chips were down for the Lions, Campbell's team rallied in a major way.

Detroit cut the 49ers' lead to 16 with a touchdown with 1:53 to play, and the Lions scored again less than a minute later after recovering an onside kick. Facing long odds once again down 41-33, Campbell's crew earned one more chance in the final seconds.

49ers wideout Deebo Samuel fumbled the ball as he looked to seal the game with a first down near midfield, setting up the opportunity for a game-tying drive down 41-33. Detroit couldn't cash in on the free chance. Quarterback Jared Goff led a drive to San Francisco's 24-yard line, but an incompletion on fourth down gave the Lions their first loss of 2021.

The first win of the Campbell era will have to come another week, though it's hard not to glean some optimism for Detroit following Sunday's defeat. After a disastrous three seasons under Matt Patricia, perhaps Campbell is instilling some pride in the Motor City.