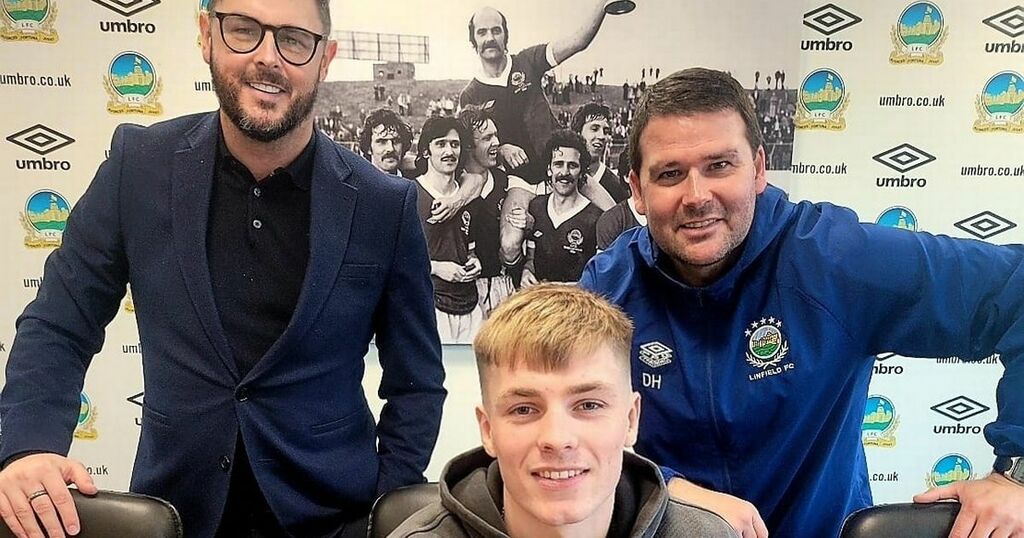 Linfield boss David Healy has hailed the loan signing of Rangers teenager Chris McKee as a smart piece of business for the Irish League champions.

McKee, who has also represented Northern Ireland at U19 level, has put pen to paper on a short term contract until the end of the season.

The 19-year-old’s arrival at Windsor Park bolsters Linfield’s attacking options heading into the second half of the campaign.

Boss Healy said: “I’m delighted to be able to advise our supporters that we have today signed Chris McKee on loan from Rangers until the end of the season.

“Chris was with our Academy prior to his move to Rangers (in 2018) so he knows all about this club and will fit in easily with the players and staff.

“He’s a young forward who will provide us with more options up front and his signing will increase the competition levels within the squad.

"I’m looking forward to working with him in training over the coming months and I know his signing will be warmly welcomed by our supporters.“

After putting pen to paper at Windsor Park, McKee said: “This is a great opportunity for me to work with a highly respected and successful manager and a highly talented squad of players.

“I can’t wait to get started and I want to make a contribution over the coming months to help the club be successful.

“I am well aware of the demands and expectations at this club and all I want to do is challenge for a place within what is certainly a very strong squad.”

In his Sunday Life column, McAuley wrote: “If Linfield are able to secure the services of Chris McKee on loan from Rangers, I think he could be a great addition to Healy’s side.

“He will score plenty of goals in the (Danske Bank) Premiership.”

McKee, who joined Rangers from Linfield in 2018, played 14 games on loan at Brechin City in Scottish League Two last season.

He returned to Ibrox in the summer and has featured for the Rangers B team in the Lowland League this season.

Linfield were on the lookout for new striking options following the recent departures of Billy Chadwick and Matt Green.

McKee's signing is subject to the completion of international clearance.