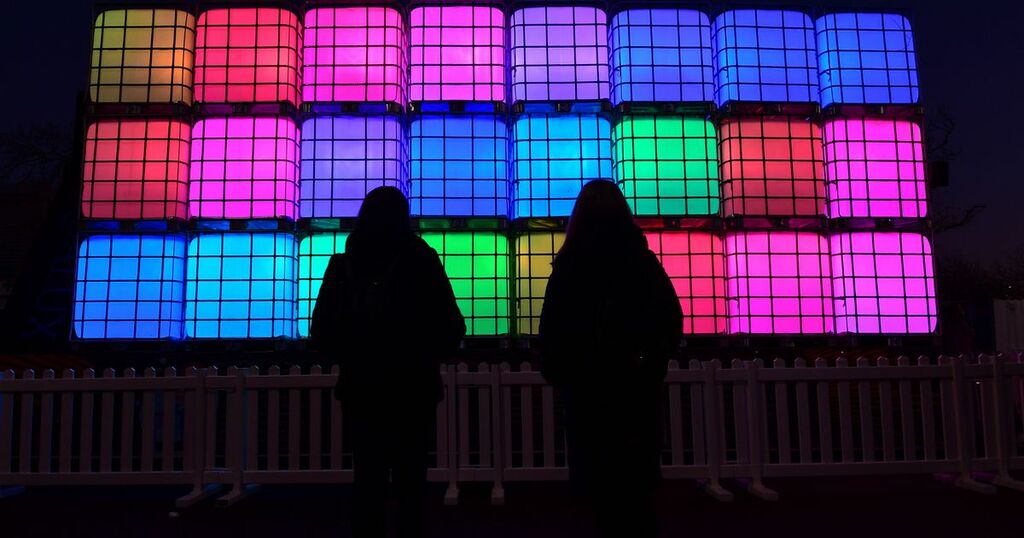 Hundreds of people flocked to Knowsley as a new light trail made its debut in Liverpool.

The official opening event of the Borough of Culture was ‘Aqualux’, an eight metre by three metre wide light installation.

READ MORE: Dog locked in suitcase and thrown in the Mersey

Hundreds of people flocked to Kirkby town centre and watched the structure's switch on.

The first was due to take place at Stockbridge Village on January 7 and 8, however, the rapid spread of the Omicron variant and uncertainty over further restrictions has meant the start of the programme has now been delayed.

Plans for the light installation, ‘Tall Tales’, at Stockbridge Village have now been rearranged for February 4 and 5 and will take place between 6pm and 8.30pm.

Commenting on the revised start of the borough of Culture programme, Cllr Graham Morgan, Leader of Knowsley Council, said: “We are absolutely thrilled to welcome in the New Year and look forward to all of the excitement and joy that we hope 2022 – our year as Liverpool City Region Borough of Culture – will bring.

“Our programme begins with New Dawn which will see major moments of light and outdoor events across the borough, alongside the illumination of our town centres, public buildings, and other landmarks.