It was once crowned the UK’s kindest village. Congresbury earned the prestigious accolade as a result of the Love Congresbury community group launching the 800 Acts of Random Kindness campaign to celebrate the 800th anniversary of St Andrew’s Church.

And now people from Bristol are flocking to the small village, less than an hour's drive from our city as they say it's 'so nice and friendly'.

In 2015, the village became an international success story after its campaign encouraging villagers to be ‘kind to one another’ led to more than 800 selfless gestures - from feeding a friend’s pet to handing out Christmas presents to elderly residents. That kindness, and togetherness of the community, is still very evident today with the village, with a population of around 3,500, boasting a plethora of local groups from a thriving community cafe to a mums group, guides, karate and a youth club, reports Somerset Live.

READ MORE: The sleepy village between Bristol and Bath where people feel they 'belong'

Jo, 34, moved to the village from Bristol after wanting to escape city life. “We were keen to move into North Somerset and get out of Bristol,” she said. “From a practical point of view it’s within easy reach of both Weston-super-Mare and the city and has good transport links.

“The lifestyle here is so nice and it’s so friendly.” Jo quickly immersed herself in village life and is a member of a thriving mums group with more than 100 members. “Everyone seems to know everyone in the village, which is a positive thing and does not feel stifling in any way.

“And it’s wonderful how the local community has got behind and supported the shop.” Jo and other businesses along Broad Street - which include the newly opened Ziggi’s deli, an estate agent, charity shop, chemist, beauty salon and a takeaway have recently set up a traders group.

“We want to work with the council to continue to improve Broad Street as a place to come,” said Jo. “We’d like to see further environmental enhancements such as cycle parking and some more planting.”

Congresbury has a smorgasbord of community groups. There are the Congresbury Singers, a history group and a friendly society among dozens more.

The village also has three pubs - The Congresbury Arms, The Old Inn and The Plough - winner of many CAMRA awards. Other hostelries have since gone by the by. The Bell Inn on the A370 was demolished in 2011 and replaced by a Tesco Express and new homes.

The Spotted Horse on Brinsea Road was demolished in 1999 and replaced by houses. Along with Broad Street, the other hub of the village is the precinct complete with the Welcome Congresbury village store, a bakery and sandwich bar, butchers, door company, fish and fish and chip shop and a village Post Office as well as the long standing Tinknells Country Store.

Postmaster Jagta Seehra and wife Sukjhvinder had run the post office for nearly 35 years but retired in March handing over the reins to Ashish Bhoyar who took over six weeks ago. Ashish had run a number of post offices in Bristol before deciding he wanted one of his own.

And since arriving in the village, which is named after Saint Congar, Ashish says he has received a warm welcome. “I’ve worked for the post office for 15 years and wanted a business of my own,” he said.

“The best part of the village I have found so far is its close-knit community. In Bristol everyone was always rushing around. Here, people know each other and always take time to chat.

“Everyone has welcomed me into the village. I certainly don’t feel like I’ve only been here for a few weeks.”

As well as the pubs, there is also the village war memorial hall which has its own social club and large hall used by local organisations and for events. There is also the Methodist Church, the Old School Rooms and the village recreation club at the King George V Playing Fields and many sports clubs.

The village school St Andrew’s Primary is rated as good. The 13th-century church - St Andrew’s - is also a focal point of the village. A few years ago parts of the shrine of St Congar - the saint after which the village is named -were discovered under the floor of a barn in the grounds.

Surrounded by countryside and popular with walkers, the village is also a stop off point of the Strawberry Line which runs from Yatton station to Cheddar. Like many rural villagers, Congresbury has seen development over the years.

One of the village’s main community hubs is Conygar’s Cafe in Broad Street where the historic cross - a scheduled ancient monument - stands. The cafe was taken over by husband and wife team Sonya and Ian Stocker in December 2019, three months before the coronavirus lockdown hit.

The couple have lived in Congresbury for the last 25 years. “We wanted the cafe to be a real community hub for the village,” said Ian.

“We felt it important to address the issue of social isolation, especially with the pandemic. It was important for it to be a space where everyone is welcome.” The cafe opens six days a week and sells a delicious range of home cooked cakes, toasties and sandwiches alongside a range of locally made craft items.

It also hosts workshops, from fused glass to creative writing. “We love it here,” said Ian. “We always said if we were to move, we’d stay in Congresbury, or not move at all.”

The cafe is also home to Re:Store zero waste shop, run by Jo Underwood and Claire Jones. Re:Store opened in June 2020 and sells an impressive range of goods from spices, herbs, pasta, rice along with loose leaf tea and store cupboard essentials. 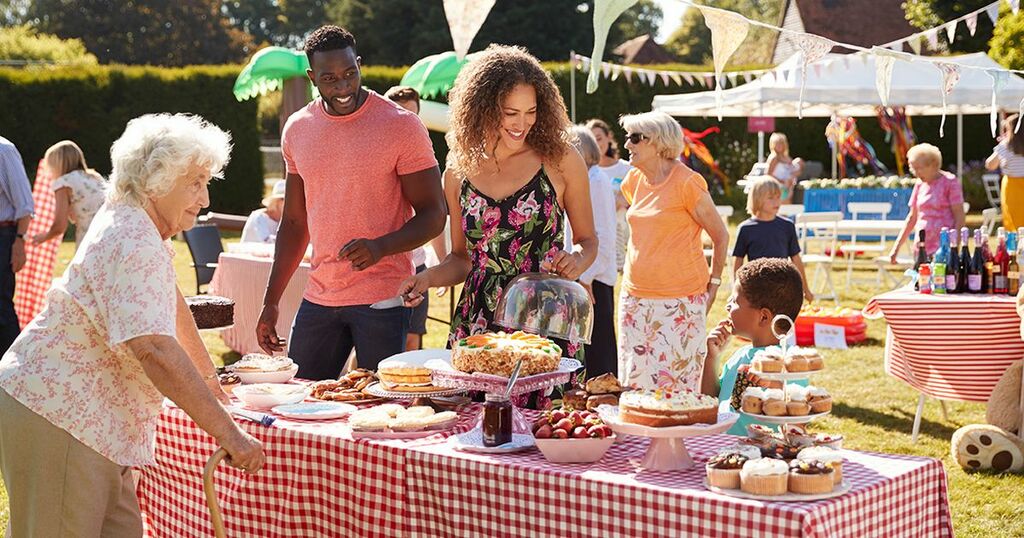 Queen's Platinum Jubilee: Street parties and events happening in Bristol
There is plenty of fun for all