Lewis Hamilton vs Max Verstappen: A closer look at the F1 rivalry 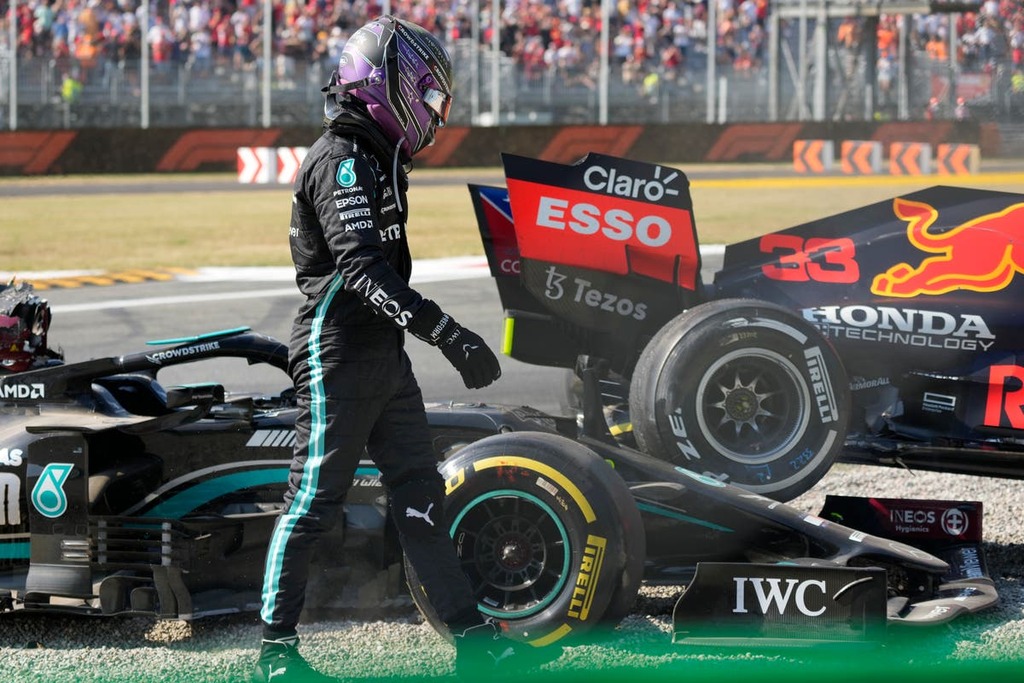 Lewis Hamilton’s rivalry with Max Verstappen moved to another level on Sunday following their second crash of the season at the Italian Grand Prix.

Verstappen was deemed to be at fault for the collision, and punished with a three-place grid penalty at the next round in Russia on September 26.

Here, we look at the background to one of the fiercest seasons in recent Formula One memory, and what happens next.

Hamilton’s rivalry with Verstappen has been described by F1 CEO Stefano Domenicali as a “gift”, and there can be no denying that we’re witness a vintage campaign.

Hamilton and Verstappen, in relatively equal machinery, have gone wheel-to-wheel at the majority of the 14 rounds so far.

The blue touch paper was lit at the opening round in Bahrain as they duelled in the desert. Verstappen and Hamilton banged wheels at the first chicane in Imola before their championship tussle boiled over in front of 140,000 fans when they collided at 180mph on the first lap of the British Grand Prix.

Was a second crash inevitable?

Probably. Both Verstappen and Red Bull felt aggrieved by the events of Silverstone. Not only did Hamilton win, but Verstappen was hospitalised with concussion, while his team were left with a £1.2million repair bill.

Red Bull’s subsequent call for an official review into the crash was then thrown out by the FIA.

Sunday’s race saw Hamilton and Verstappen share the same piece of tarmac since the British GP. Firstly, on the opening lap – with Hamilton forced off at the second chicane – and then on lap 26, as Verstappen’s out-of-control Red Bull landed on top of Hamilton’s Mercedes.

Did Verstappen collide with Hamilton on purpose?

Former world champion Damon Hill went one step further during his analysis of the accident for Sky Sports.

Hill, denied the 1994 title when Michael Schumacher controversially collided with him at the Adelaide season-decider, said: “There was no way Max was going to make that work. It was either an error of judgement or a calculated move to collide with Lewis… he’s got a points advantage and this was a race which Mercedes was supposed to win.”

Following a weekend off, the F1 circus heads to Sochi for the Russian Grand Prix.

Mercedes have won every race there since its debut on the calendar in 2014, and Hamilton, on a run of just one victory from his last 10 appearances, will be desperate to capitalise with only eight scheduled rounds remaining.