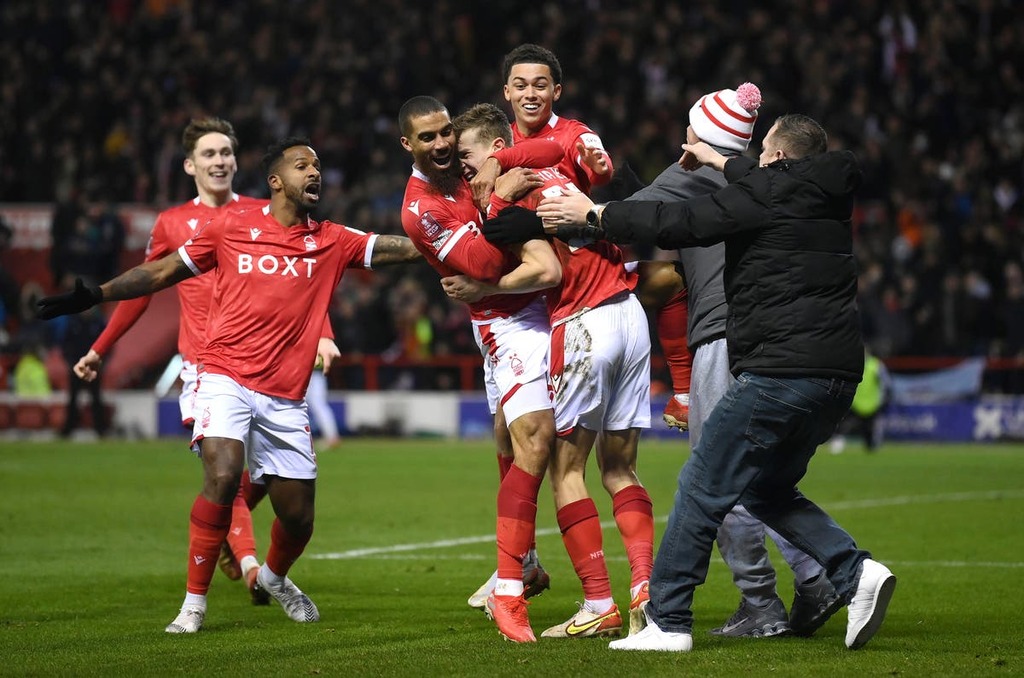 The substitute sealed a 1-0 win for the Championship side to book an East Midlands derby with Leicester in the fourth round.

Arsenal, 14-time winners, produced a disjointed performance which got what it deserved, with Forest more than matching the visitors to continue their upward curve under Steve Cooper.

Four years ago managerless Forest beat the Gunners 4-2 in the third round as Arsene Wenger’s reign meandered towards its disappointing conclusion.

Arsenal may now be slowly stirring under Mikel Arteta but they suffered the same fate at the City Ground to show plenty of work is required.

They struggled to find a way past organised Forest throughout, with Eddie Nketiah missing their best chance and Martin Odegaard and Bukayo Saka closed down swiftly.

Nketiah and Ben White dragged off target and Albert Lokonga had a shot deflect wide during a timid first half for the Gunners, wearing all white as part of an anti-knife crime initiative.

Forest were more efficient in attack, even if they failed to test Bernd Leno and Arteta’s concern was clear when he hauled off Nuno Tavares after just 34 minutes.

The defender, replaced by Kieran Tierney, endured a sloppy half during which a wild back pass almost caught Leno out. His frustrations were obvious, throwing his gloves to the ground without even glancing at his manager.

It epitomised the untidy nature of the Gunners’ half – they were far from in control and Forest had shown glimpses of troubling them with their pace.

Arsenal had plenty of the ball but Forest were never concerned during an instantly forgettable first half – which would have suited the hosts, who restarted quickly after the break.

They carved out the game’s first meaningful chance when Brennan Johnson left Cedric trailing on the right and crossed for Philip Zinckernagel to test Leno.

It was then Arsenal’s turn to spurn a fine chance when Saka teased Jack Colback and crossed for Nketiah.

The striker had pulled off the back of Joe Worrall and had a free header from six yards but managed to completely miscue his effort and it rolled woefully wide.

The game threatened to find some life and James Garner’s free-kick was well saved by Leno just after the hour as Forest pressed but it was all too brief.

Charlie Patino, on his full debut, was replaced by Alexandre Lacazette having struggled to make a consistent impact, but the same can be said for his team-mates, who all lacked cohesion.

It was a tedious display which belied the Gunners’ recent form. The hosts could sense their chance and when the breakthrough finally came with seven minutes left it was of Arsenal’s own making.

Lokonga lost the ball in the midfield and Yates was slipped in down the right to provide the perfect cross for Grabban to slide in and win it from six yards.