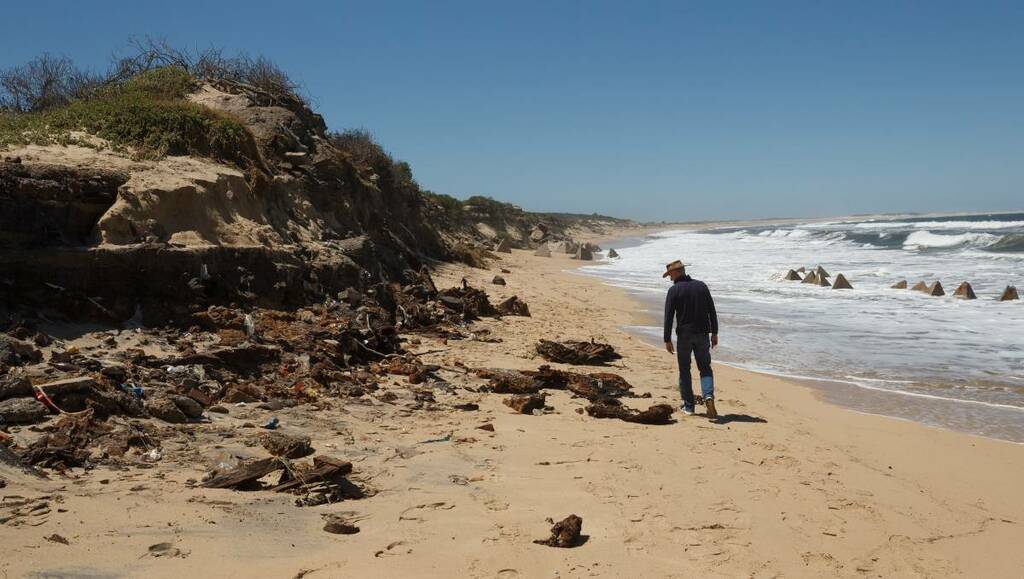 WOW, what an amazing imagination you have, Bradley Perrett, for the future of Stockton ('How to give Stockton an extreme makeover', Weekender 2/10). I have read your essay several times so that I could totally understand your thoughts on how we Stocktonites should see our future village life. Astounding ideas, such as 60-storey buildings along Douglas Street, a road tunnel from Hereford Street to Carrington, a train/tram tunnel from Newcastle. Would these tunnels be via one of the historic collapsed mine workings in the area? Wow, and an influx of 26,000 people.

I do realise these are future visions of our lovely little suburb, though I would like to point out to you that in this mad, mega-fast world we live in, it is wonderful to have some hidden gems like our current Stockton that have a simple, relaxing village lifestyle. That's the very reason many people chose to come to Stockton.

Your vision for the future of the Stockton community would totally destroy that lifestyle. I am not against progress, though it should always be for the good of the community and a mini Gold Coast is the exact opposite to what the residents of Stockton desire and need.

We are easy going, happy people here; all we need is the beach to be fixed by the ongoing addition of sand and some decent toilet blocks around the parklands and cycleways. We are sometimes a little prone to anger when outsiders think they know what is best for our community.

I wish you luck for your future vision for wherever you live.

Cement a solution on coal ash

REGARDING Matthew Kelly's article, "Ash waste keeps piling up", (Herald, 28/9), and the development of a 'robust coal-ash reuse industry': one answer to building this reuse industry locally could lie in a related article.

The piece in question ("NSW sets target for net zero by 2050", Herald 30/9) features Matt Kean, the incumbent NSW Environment Minister, quoted as saying NSW had "big bold policies" to reach net zero by 2050 that will create thousands of jobs. One way to create these jobs while at the same time reducing emissions is by converting coal ash into a cement substitute.

I understand that this process is significantly less emissions intensive than the traditional way of producing Portland cement. This could be a win-win for our local community whereby the accumulated coal ash is converted into a cement supplement, thereby reducing emissions and at the same time creating many local production and associated industry jobs.

The ball is in your court, Mr Kean.

Delve into data for jab status

WE are assured that once we have had two vaccine shots, there is a lesser chance of catching COVID-19, the symptoms will not be as severe, there is a much smaller chance of hospitalisation, and practically no chance of dying from the virus.

If this is so, then we should be reporting such cases separately as they are of a different level of concern to the unvaccinated or one-shot cases. If the advice we receive is accurate, it is the unvaccinated and one-shot positive cases that will overstress demand for our hospital beds, ICUs and ventilators.

Separate reporting will allow our health departments to better plan for demand. This would also assist our government in forming policies regarding opening up the economy. It may be that total unvaccinated and one-shot cases may actually be stable or even reducing. We can't tell at the moment because the statistics are clouded.

ICAC's doing what it's there for

GLADYS Berejiklian's resignation ('Gladystrophic', Newcastle Herald 1/8) has her leaving behind a legacy that includes overblown budgets of Sydney Stadium and the Sydney light rail, the Ruby Princess debacle, questionable handling of the Delta outbreak, a light lockdown and a late lockdown, and of course, the ICAC allegations that have led to her resignation. While she says she has always acted with integrity, I find it nothing short of completely and utterly ludicrous and arrogant that Ms Berejiklian said the timing of her resignation was "completely outside of my control", blaming the ICAC investigation and once again attempting to play the victim and act as if the ICAC are the bad guy for having the hide to look into her actions. An ICAC hearing should be viewed as part of due process, not as a personal irritation. Ms Berejiklian is now the third NSW Liberal Premier in a row to resign amid allegations of corruption, but I still wouldn't be too surprised if anyone from the Liberal Party tried to claim that this is Labor's fault.

IT was sad to hear Gladys Berejiklian say that she was proud to have served all of NSW when in my opinion she only served herself and Sydney. If she believed herself when she said that she served with honesty and integrity I believe she would still be the Premier of Sydney instead of facing an ICAC inquiry.

As far as our area stands, I think she could have done much better for us. I remember her saying that NSW can't build trains or ferries. I remember her withdrawing project funding for our area. I remember the container wharf debacle when she protected Sydney. These are but a few of her errors. The light rail to nowhere is another. The list goes on and on. Let us hope that Dominic Perrottet has a knowledge of geography and knows where Newcastle is.

Still working on making it work

REG Howes, (Letters, 6/10) raised concerns that carbon capture is not a workable solution to climate change. At present I have to agree. There are many competing solutions being investigated that, at the moment, are not cost effective or viable on the large scale required to be effective. That is one of them.

Green electricity is not going to fix everything. How do we decarbonise the harder to abate sectors of the economy where direct electrification will be impossible, more difficult, or significantly more costly? These are the heavy industrial sectors such as steel, cement, chemicals and aluminium, and long-distance sectors such as shipping and aviation. Together these account for about 30 per cent of all world emissions. Climate emissions are like COVID-19; we don't have iron tight solutions and can slow it down, but can't stop it completely at the moment. Nations like the UK have based their net zero target on using carbon capture. So, Mr Howes, we have to live in hope that a workable means of taking carbon out of the air is forthcoming otherwise even net zero, let alone zero emissions, can't happen.

SO, Gladys has gone under something of a cloud. Very sad. She'll be missed. As to the new bloke we wish him well, but it concerns me he's committed to a male dominated institution that forbids its leaders sex and seems to have more than its fair share of pedophiles. My hope is his religious convictions will not colour his political decisions. Time will tell.

THE news report ("Ash waste keeps piling up", Newcastle Herald, 28/9), noted that "an estimated 45 tonnes of heavy metals leach into Lake Macquarie every year from 100 million tonnes of ash waste". Well, that sounds a lot, but is it? That 45 tonnes is 0.000045 per cent of the 100 million tonnes. Or something less than one two-millionth of the total waste. If you think that's not very much at all, you'd be right. Of those so-called "heavy metals" most were not heavy metal elements at all, nor toxic and some were not even metallic elements, as I pointed out in letters in 2020.

I THINK having Supercars in March is a great idea. It will provide a buzz and give the town a much needed boost after the last couple of months. And I think it should be extended beyond 2022 and again in March when it is a little cooler compared to previous December.

CITY of Newcastle states there will be access to beaches, and shops can freely trade, through to the end of January, but from February 1, during summer and daylight saving, the east end of Newcastle will be virtually handed over to a private equity firm, and all its trucks and concrete barriers. This will last through to April. The last race in 2019, attracted approximately 40,000 visitors over three days. Hardly a major event when the benefits of 40,000 visitors are at the expense of a shut out of three months.

AFTER hearing the bad news from Victoria about COVID transmissions after the AFL grand final parties, I was absolutely gobsmacked by the post-match NRL comments by the TV presenters. These people really do think they are a breed apart. I reckon sport is an important stimulus for many of us but no more so than music or other arts. These silly people seem to think they are shotgun proof and I think they should own up to their complete stupidity, notwithstanding the emotion of the moment. We have all had those feelings, but really, get real. Not one mention of being responsible or careful.... So let's see what results, eh? I think sport's TV "owners" should show some responsibility.

THANK you, Adz Carter, for your clear and informative reply. Sadly, having listened to every Reacher book on eAudio my mind seems stuck on a very large Jack Reacher. He is quite a violent man whose favourite weapon is his elbow (to the face usually) and all I can visualise with Tom Cruise is his elbow managing to hit a tall opponent on his hip. And where is the famous gravelly voice? Sorry, but a woman convinced against her will is of the same opinion still.