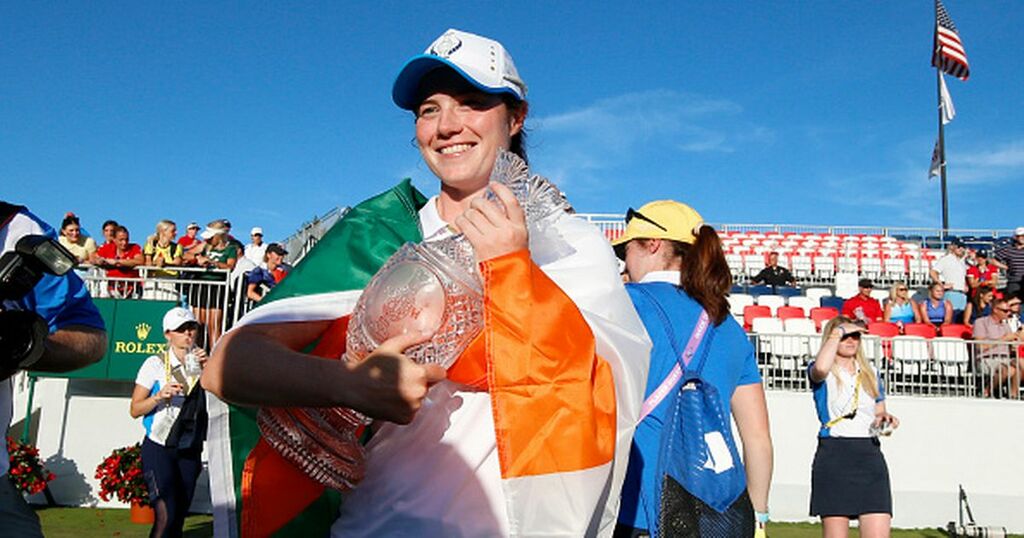 Leona Maguire's dad Declan has told of his pride after his daughter starred in Europe's Solheim Cup triumph.

Not only was Leona the only European to play all five sessions, her four-and-a-half points tally was a record for a rookie on either side.

And a sensational week at the Inverness Club in Ohio was capped when she defeated Jennifer Kupcho 5&4 in Monday's singles.

Declan, speaking on RTE’s Morning Ireland, said the 26-year-old's display was the product of much hard work.

"It’s a long time coming," he said. "She had been doing incredibly well but I think what she did at the weekend is going to surpass everything she’s done over the last number of years.

"There’s a lot of work gone in. I’d have to pay massive credit to [coach] Shane O’Grady – the work he’s done with her since she was 11 years of age, it’s brought her to where she is in her career.

"Leona had to put in the hard graft too, especially over Covid and the last 12 months. It’s been a tough journey but it’s been well worth it, I spoke to her last night and she was on a total high."

The singles victory was all the sweeter for Leona as in May she let a five hole lead slip against Kupcho at the LPGA Match-Play at Shadow Creek.

Her father said that the addition of experienced bagman Dermot Byrne has been vital.

"We made a couple of changes earlier in the year, Leona took on Dermot Byrne her caddy who has been absolutely tremendous with her," he said.

"Just shortly before that she played Kupcho in a match-play event and was 5up and it ended up an all-square match at the end.

"Leona paid credit to Dermot last night, he kept her focused the whole way through and there was no way she was going to let that lead slip last night."

Any followers of Irish amateur golf would have heard of the prodigious talents of Leona a long time ago.

But for many years her twin sister Lisa was held in equally high regard until she eventually decided to move into golf management and support Leona, among others.

Declan said: "Lisa has also been there, she’s given up her whole summer holidays to be out there with Leona and it just shows her upturn in fortunes, between Dermot and Lisa being there and supporting her the whole way.

"I want to pay credit to Lisa for that."