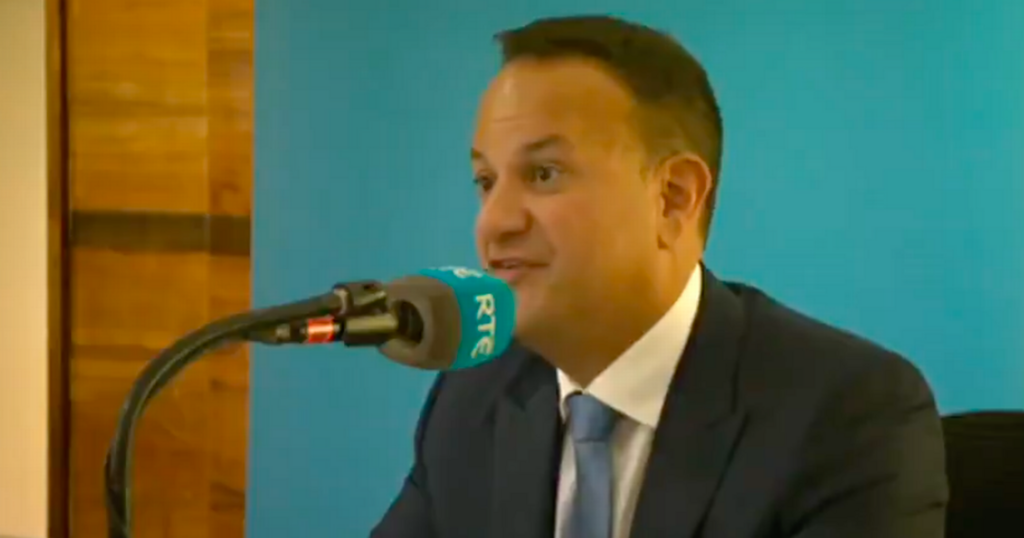 Tànaiste Leo Varadkar has indicated that pensions and welfare benefits will increase in next month’s Budget and that there will be no tax hikes to pay for Ireland's multi-billion euro Covid debt.

The Fine Gael leader is expected to bring these proposals to his party colleagues today at Fine Gael's pre-Dáil party think-in.

Speaking on Morning Ireland, Varadkar was asked about his previous statement that it was possible to get public finances back on a sustainable footing, without resorting to tax increases or cutting spending.

The Tànaiste said that this is still the government's position and that they've taken on the financial advice of the Central bank, IFAC and the ESRI.

Mr Varadkar said: "Yes and I think I'm even more convinced of that than I was previously because what we have seen over the past couple of months is a huge return to employment.

"The number of people at work is rising again, which is really encouraging. We're seeing some very good exchequer figures, the taxes are coming in, so we're actually ahead of where we thought we would be at this point in the economic cycle.

"Because there is a growing economy, there are more resources. For some people in politics, when you talk about more resources, they immediately think, ' what taxes can I put up?' Fine Gael, we're different. We believe it's possible to make the cake bigger, to make your country richer, and by doing so, then you don't need to increase taxes."

Mr Varadkar was then asked if it's his intention to cut taxes and increase welfare, stating that he wants a renewed pensions and welfare package as core ingredients of the Budget.

"We're going to do that by 2023 based on the plans Paschal Donohoe has produced. We will eliminate borrowing for anything other than day to day spending and that will still leave room for a tax package every year and increases in spending of about an additional billion.

"That's on top of adjusting for demographics. We will be able to have, what would have been quite normal in the past in a Budget package, increases in spending for line departments, but also a pension and welfare package and a tax package too.

"One thing I do feel very strongly about is that we do need a welfare package in this Budget because we see the return to inflation and the cost of living is now rising. Pensioners and people on fixed incomes haven't seen an increase in two years now. If they don't get an increase, actually their living standards will fall and as a party that believes in a just society, we can't stand over that. We're also a party that believes in rewarding work."

Mr Varadkar also told tells Morning Ireland that the Employment Wage Subsidy Scheme will continue into next year. He said the ending of the furlough scheme in the UK at the end of this month is "a mistake"

The pandemic unemployment payment is already being withdrawn and that will produce a lot of savings in terms of reducing the deficit and getting the Budget back in order and the employment wage subsidy scheme, which helps employers pay the wages, that's now costing about 400 million euros a month.

"That will be phased out and that will give rise to a lot of savings as well but I don't want to face it out too quickly. It should continue into next year. In the UK and Northern Ireland, they're ending the furlough scheme at the end of this month, we think that's a mistake. We wanted to continue into next year but we're going to have to work out what we can afford and how we can work that into the Budget," he said.

The Tanaiste also assure employers - particularly in those in hospitality that are not yet operating at full capacity - that these wage supports will continue beyond December 31.