The first thing Jay wanted to know was how hard the F-150 Lightning was to sell to the bean counters at Ford and Farley admitted that it was tough convincing them that an electric full-size pickup truck was what the company needed.

Initially, the team were treating the project like a compliance vehicle that would have to sell in low numbers (20,000 vehicles was the initial target) because the company would lose money on every one of them. That is where Jim Farley stepped in, demanding a radically different approach.

The F-150 Lightning needed to be profitable for the company, competitive with other electric trucks, and affordable to buy. Naturally, these seemingly conflicting attributes generated many heated discussions, with Farley acknowledging that the electric pickup was a big challenge for the team. It wasn't easy to electrify and digitalize an American institution like the F-150 full-size truck.

Actually, Ford's various departments were arguing about this truck more than almost any vehicle Farley has seen in his career. After putting the project on the right track, the automaker also had to make sure it didn't push the F-150 Lightning too far over the limit with respect to what traditional truck buyers would be willing to accept when making the transition to electric. That's probably one of the reasons the Lightning looks familiar and conventional.

During the discussion, Leno asked Farley to name the three main qualities of the F-150 Lightning, and the executive said the number one thing is that it does everything an F-150 does and most places does it better—it's affordable, fast, quiet, and it's got good towing and payload ratings.

The second main attribute is the fact that it can power a house, a job site or a tailgate party, which is something people are really excited about. The third top feature is the frunk, Farley said, because it's big, easy to use and people love the idea of a locked storage space that's not in the bed or the cab.

After the initial talk, Jay takes Jim Farley out for a drive and is immediately struck by how quiet and fast the F-150 Lightning is. The interesting discussion continued aboard, so watch the above video to find out what other topics they touched on. 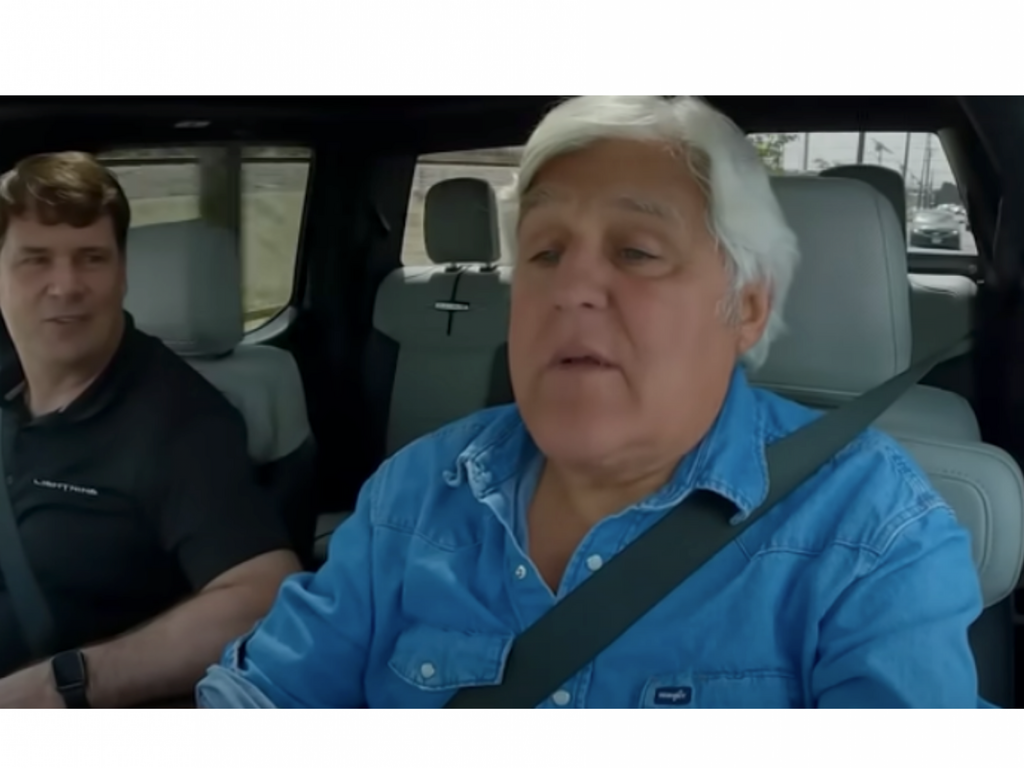 Car Enthusiast And Collector Jay Leno Says He's A Truck Guy After Driving This New EV
Jay Leno is known for hosting "The Tonight Show" for years and as a comedian. Outside of the world of…

Benzinga
One subscription that gives you access to news from hundreds of sites
Top Gear Likes The Ford F-150 Lightning But Texans Aren’t As Convinced...

InsideEVs
Ford F-150 Lightning Electric Truck: Is It More Sellable Since It's Electric?

The F-150 Lightning made it to market on time, and it's a huge hit. Here's everything you need to know…